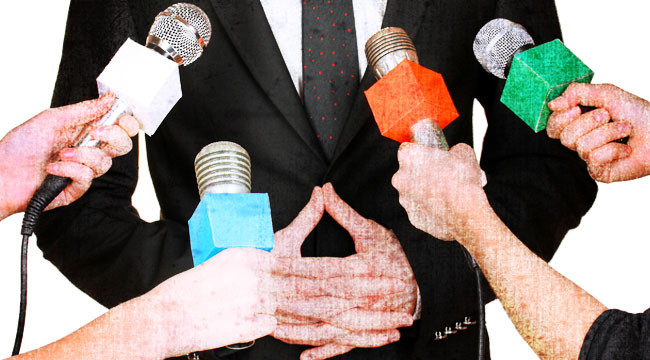 Inside Scoop on the Next Fed Chairman

Following an extensive investigation, The Martian can reveal that it is neither Lawrence Summers nor Janet Yellen who will be the next chairman of the Federal Reserve System. Instead, President Obama is scheduled to announce that Davita Vance-Cooks will replace Ben Bernanke on Jan. 1.

Like John Galt, Davita Vance-Cooks is not a household name. But this will soon change.

Not only will Ms. Vance-Cooks be “the first female and the first African-American” (as The Washington Post would say) to run the central bank, but she will be the first chairman with printing experience outside the Fed itself. She is currently the public printer of the United States — as the head of the U.S. Government Printing Office (or GPO) is officially known. Before that, she had been “acting public printer.” (The fact that she was acting did not make her less of a real public printer.)

Ms. Vance-Cooks’ printing experience will be very useful at the Fed. Although the central bank is expected to slow down its asset purchases with newly printed money (called “quantitative easing,” or QE), new opportunities to run the printing press will arise again in the future. Moreover, the large amount of liquidity created by QE has to be managed. Luckily, it’s much like managing the large stock of publications in the GPO’s inventory.

Having worked in the public sector for more than 30 years, Vance-Cooks also has the right ideas and attitude for her new job. She knows how important the federal government’s role is in everything, especially for those who did not build themselves what they think they have built. Somebody has to make it happen. She knows that federal bureaucrats are the most evolved specimens of entrepreneurial and civilized beings.

Ms. Vance-Cooks’ expected move from public printer junior to public printer senior has been confirmed by confidential sources within the GPO itself. “Sure, the public printer could cumulate the two jobs,” confided a high official there, “but it would be like a barber insisting on keeping his job after being appointed surgeon general.”

Ms. Vance-Cooks’ nomination is certain to raise more than one eyebrow. In fact, it will raise at least two eyebrows, because one of her colleagues has already told The Martian that he is disappointed. “It’s a brand-name issue,” he explained. “How do you expect the GPO to be taken seriously when put in direct competition with the Fed? Everybody will realize who the real public printer is.”

This new appointment will be a major personal victory for Ms. Vance-Cooks, who had to battle many enemies in the nest of vipers that D.C. is. Everybody remembers how, after her nomination for public printer, the satirical press spread sexist, offensive, and unacceptable jokes about whether she was a 2-D or 3-D printer. Not surprisingly, the Equal Employment Opportunity Commission had to intervene.

What the current public printer lacks in terms of connections with major banks is more than compensated for by the printing experience she has gained at GPO. “If I can print big government reports, I can certainly print small dollar bills,” she is reported as saying.

The upgraded public printer may have problems with one part of her mandate, though. While the GPO describes its mission as being the holy trinity of “Official, Digital, and Secure,” there is nothing digital in the Fed’s money. On the contrary, the Fed is part of an alphabet soup of federal government bureaus that are attacking Bitcoin. “If the U.S. dollar is good enough for me,” Ms. Vance-Cooks declared in an overlooked speech a few months ago, “it’s good enough for them.”

Many of the Washington insiders interviewed for this story agree on one thing: Whether this nomination will keep the Fed up or bring it down remains to be seen.