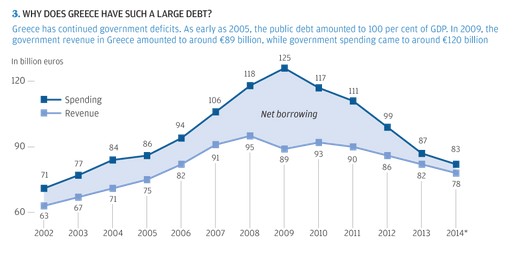 Infographic: The Origin of the Greek Crisis

In past charts and infographics, we’ve broken down parts of the Greek crisis with a focus on particular issues. For example, the exodus in population or a breakdown of Greece’s debt by creditor.

However, today’s infographic puts everything all in one place and recaps the full story from start to near-finish. There is a thorough timeline that shows the events that have led to today in chronological order. The infographic also charts various struggles, ranging from the country’s failure in collecting taxes to the exponential increase in net borrowing after the Lehman collapse.

Here’s a quick recap of the most salient facts in the infographic:

This infographic was originally posted at Visual Capitalist, right here. They thank the Purefunds Big Data ETF (BDAT) for helping them put this together.