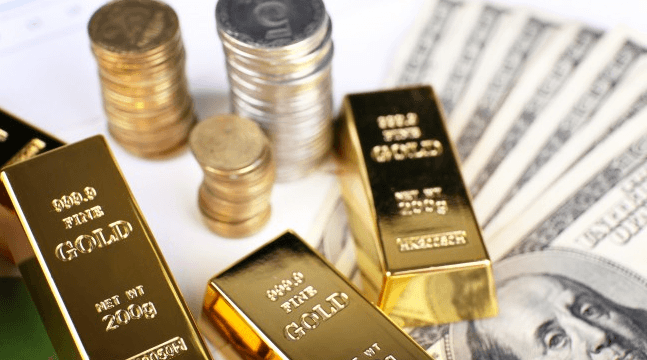 Idle Gold and Worries About Growth

Commodities are on the slide.

The Canadian dollar, a classic commodity currency, has hit an 11-year low against its US counterpart.

There’s more gloomy news from Greece, where the stock market reopened today after a five-week hiatus. To no one’s great surprise, it fell like a stone.

Gold meanwhile hovers, not sure what to make of it all, idle on the sidelines. I’ll return to gold in a moment.

First, I want to highlight the contrast between the gloominess above and today’s data coming out of the UK.

“The sector is still reliant on the domestic market to drive overall demand, and on the consumer sector in particular,” says Ron Dobson, senior economist at Markit, which compiles the PMI data.

“The continued weakness of investment goods demand suggests that ‘rebalancing’ remains firmly in the rhetoric as opposed to reality column.”

Rebalancing is a word we can expect to hear a lot in the years ahead. Why? Because pretty much all of the economic stresses we read about each day can be traced back to an economic imbalance of one sort or another.

The Eurozone is unbalanced. Deficit countries like Greece struggle to earn the euros to pay back surplus countries like Germany (which of course guards its export surplus jealously).

China is unbalanced. Consumption as a percentage of GDP is extremely low by world standards (less than 40%, compared to nearly 70% in the US).

Chinese leaders are aware of the problem. They talk about rebalancing away from investment-led growth towards consumption.

The reality, though, is trickier. Such a rebalancing requires a net transfer of wealth from industry to households. That means less power for state-owned enterprises and the elites that run them.

The powerful tend not to like things that make them less so. This could get messy.

If you have the time, I urge you to read the latest blog by the excellent Michael Pettis on this subject. He goes into the issues around imbalances in much more depth than I have space to here.

Back to the UK, and another key imbalance – the gap between what we earn from abroad and what flows the other way.

I’ve talked about Britain’s current account deficit before, so I won’t say much here. The main point I want to make is that this is a symptom of Britain’s stronger-than-most-other-countries-right-now economy.

The question is, how sustainable is that relative strength?

Given that it relies on the UK consumer to keep on consuming, the answer depends on two things: UK wage growth and household indebtedness.

If the recent uptick in wage growth can be maintained, then perhaps consumer spending can chug on happily, pulling up the growth rate with it.

However, if consumer spending relies too much on greater indebtedness, the situation looks less sustainable.

I fear the latter scenario may be the one that plays out, and there’s some anecdotal evidence to support that out.

More recently, the Centre for Social Justice, a think tank founded by Iain Duncan Smith, claimed in June that household debt has risen £34bn in less than three years to almost £1.5tn.

These are straws in the wind, but they suggest that Britain’s recovery may be built on shaky foundations.

Besides, what happens in the rest of the world will leave its mark on the UK. Slower growth elsewhere will hurt our economy too. And slower growth may be what lies ahead.

Imbalances create uncertainty, because no one knows how they’ll correct. Uncertainty crimps investment, which undermines growth.

Another troubling sign is the stagnation in world trade.

The latest World Trade Monitor shows a 1.2% decline in global trade volumes in May. On an annual basis world trade grew by 1.5% — pitiful compared to the long run average of 7%.

Returning to gold, Mohamed-El-Erian in today’s FT argues that gold has become a lot less attractive to investors.

I respect El-Erian, but I have to wonder why he’s writing this now. It’s hardly news.

Here’s the passage that caught my eye:

…gold has not benefited from rock-bottom interest rates that compensated for one of its major disadvantages as a financial holding — namely, that gold holders do not earn any interest or dividend payments. It has also shown an unusual lack of sensitivity to multiple geopolitical shocks, Greek-related concerns about the single European currency, and the massive injection of liquidity by central banks.

First, gold arguably did benefit from rock-bottom rates in the run-up to its 2011 peak. More recently, disinflation (i.e. falling inflation rates) has meant real rates of interest have risen.

Gold has been in a downtrend while real rates have been in an uptrend. Nothing unusual about that.

Point two: the idea that gold should respond mechanistically whenever the financial press is wetting itself over something is a fallacy.

Gold tends to go nuts when the system itself is in peril. Greece, for all the noise surrounding it, is too small to have that effect.

As for liquidity injection by central banks, that makes systemic collapse less likely, at least in the short run. So gold remains unbothered.

I want to spend the bulk of this week’s DR looking at gold from different angles. The mainstream press is either ignoring it or penning complacent-sounding we-told-you-so articles, so my interest is piqued.

Also, I know a lot of DR readers own some gold.

Jim Rickards kicks off tomorrow by looking at gold from the other end of the gold price telescope. You’ll see what I mean by that tomorrow.