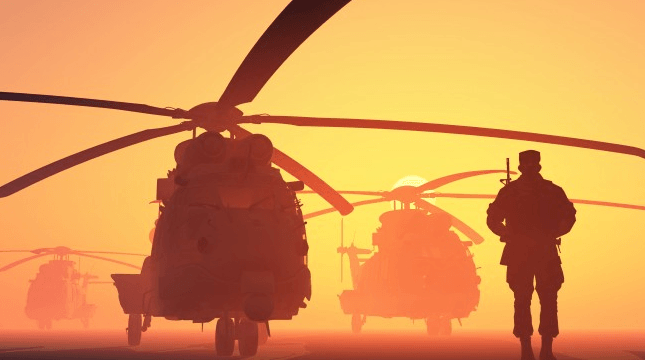 I Love The Smell Of Devaluation In The Morning

LONDON — Ah, there’s nothing like a good currency wars story to get the juices flowing.

As you may have seen elsewhere, China surprised the market today by devaluing its currency, the yuan (aka the renminbi).

This wasn’t just any devaluation, either. It was the currency’s biggest one-day fall since 1994 – that move being caused by China’s decision to align official and market exchange rates.

In today’s move, the People’s Bank of China devalued the yuan by nearly 2% against the dollar. By contrast, earlier adjustments have tended to be fractions of a percent.

I’ll get what this all might mean in a second.

Before that, a nostra culpa. Last month I shared with you the idea that China’s desire to get the yuan into the International Monetary Fund’s special drawing rights (SDR) would likely see the peg with the dollar maintained.

Here’s what I wrote:

China wants the yuan in the SDR because it wants to play a bigger role in the world’s elite financial institutions, such as the IMF. To do this, it has to “play be the rules of the club”, as Jim [Rickards] puts it.

Being transparent (or at least saying you are) about your gold holdings is one of those rules.

Here’s where it gets interesting.

China faces a slowdown in economic growth. China has also pegged its currency to the dollar.

Traditionally, one way China might have looked to stimulate its economy is by devaluing the yuan, in the hope of boosting exports.

But that’s not an option right now. A competitive devaluation would not be “playing by the rules of the club”.

So China must maintain the dollar peg at its current level.

In my defense, the SDR situation changed last week, so China’s incentives changed with it. Specifically, an IMF report highlighted the fact there are question marks over whether the yuan meets the second of two criteria to be included in the SDR.

The export criterion stipulates that a currency’s issuing country (or currency union, in the case of the euro) must play a central role in the global economy. China easily clears this hurdle.

The second criterion is that the currency is freely usable. This appears to be where the yuan has fallen down.

The IMF paper stated that subject of whether the yuan meets the freely usable criterion would be a key focus of the ongoing review of which currencies make up the SDR.

The SDR basket is updated every five years. The last time was in 2010, meaning the deadline for the next decision was the end of this year.

Except, now it isn’t. In the event the IMF ducked the issue and set a new deadline, September 2016.

Fast-forward a few days, throw in some alarming Chinese export data (more on that in a second), and today’s devaluation starts to make sense.

So, one interpretation of the devaluation is that it was a tit-for-tat retaliation to the SDR postponement.

Let’s not forget though that China’s economy has looked in trouble for a while. The latest evidence of this is China’s July trade figures, which came in below market expectations.

This is widely seen as the catalyst for today’s devaluation, though the SDR snub provides important context.

Some other important context is the rise of the dollar over the last year. If you peg your currency to one that goes up, your currency also goes up.

Breaking that peg not only makes your exports cheaper, it also gives your central bank more room to manoeuvre. It means the PBOC doesn’t have to tighten just because the Federal Reserve does.

The PBOC said this move is just a one-off. Take that with a pinch of salt. Given the headwinds China faces, the PBOC may need more room to maneuver yet.

If we do see further yuan devaluations it will represent a currency war involving the world’s two largest economies.

At the most fundamental level, China’s policy decision speaks to the generalized difficulty the world faces in generating high-quality growth – a problem that, especially after the global financial crisis, was contained primarily to the advanced countries. (And remember, back then, China resisted the temptation of weakening its currency as a means to boost its economy.)

This time around, facing difficulties in generating internally-driven growth, China is joining others in an attempt to “steal” it from elsewhere.

In other words, a currency war. Tit-for-tat devaluations aimed at stealing your neighbors’ growth.

Washington’s reaction will be fascinating. More on that tomorrow.