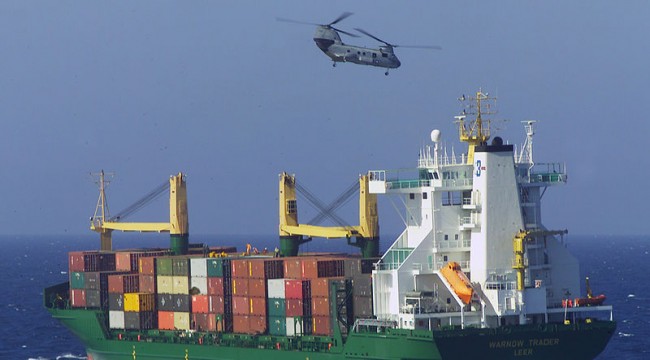 “I Don’t Know About You, but I’m Worried”

“Investors on Monday continued shrugging off fears that President Trump’s escalation of trade hostilities will put a dent in share prices.”

We almost pity the poor fellow — all that egg he had scrape from his face.

The Dow Jones tumbled 219 trade-warring points yesterday — and once again turned negative on the year.

Damage spread far… and wide… like a virus unleashed in a busy airport:

Oil, gold, commodities in general — down.

Copper, which many consider a true barometer of global growth, plunged as much as 4% yesterday.

The one major exception?

The dollar — the dollar was up — which partly explains the commodities shellacking.

The president threatened additional tariffs on another $200 billion of imported Chinese goods.

This, coming days after the U.S. and China imposed $34 billion of tariffs on the other’s goods.

This, coming as Trump harrumphs he may seek tariffs on over $450 billion of Chinese wares.

Markets made good many of yesterday’s losses today.

They nonetheless remain, to cadge a hackneyed phrase, “on edge.”

“We view the White House’s announcement of an additional $200 billion round of tariffs as significant in escalating the tensions closer to a full-blown tit-for-tat trade war,” warns Bart Melek of TD Securities.

“There is growing concern among market participants that the trade war will affect the real economy and put the brakes on global economic growth.”

“I don’t know about you, but I’m worried,” confesses Kevin Muir, market strategist at East West Investment Management, listing a parade of horribles:

The economic cycle is long in the tooth. Equity valuations are stretched. The yield curve is flattening. Emerging markets and other liquidity-sensitive markets are sagging. The Federal Reserve is raising rates while also attempting the never-before-accomplished feat of reversing a decade of quantitative easing — seemingly oblivious to the hornet’s nest they are walking into. And President Trump seems determined to antagonize as many trading partners as possible before the summer holidays begin in earnest.

Sell everything is the message — include the sink in the kitchen, the floorboards, the wife, the children.

But is that the message?

“Although every bone in my body wants to sell this market,” Muir anguishes, “I am petrified this trade is so obvious, it can’t be right.”

It can’t be right?

What about the economic cycle you mentioned… equity valuations… the yield curve… emerging markets… the Federal Reserve… Donald Trump’s antagonizings?

I know all the reasons why the stock market should go down. The investor in me agrees 100% with the skeptics who worry we are late-cycle and that risks are rising. But the trader in me is even more concerned that everyone is already positioned for this outcome… I don’t think the Market Gods will allow this many to catch the top. Markets don’t roll over with the vast majority of market participants calling for a correction. No, they top with buyers being absolutely convinced the only way is up.

“That path is higher — not lower.”

A contrarian we have here.

Many boastful types bellow contrarian gloats and gurgles — “I never follow the crowd. I always do the opposite. I’m my own man.”

In reality… few can summon the courage to stray from the herd’s comforting embrace.

The pull proves irresistible for most.