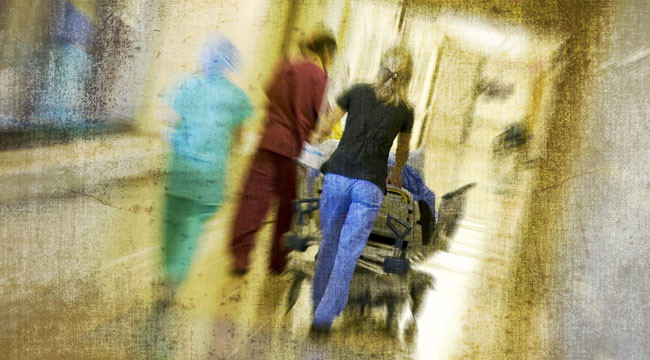 How to Use Public Health to Control Everything

From antiquity to the Middle Ages, public health meant two things: sanitation (mainly clean water supply and sewage disposal) and protection against epidemics. On sanitation, think about the elaborate aqueduct systems built by Roman engineers. Epidemics meant transmissions of communicable diseases. Attacking lifestyles deemed threatening was a preferred activity of public authorities, but public health was a softer undertaking, except perhaps when it came to banning lepers in the Middle Ages.

There were exceptions to this limited definition of public health. In classical Greece and in the Roman Empire, towns often hired public physicians to care for the poor. Yet, medicine remained essentially private. By contrast, Egypt, one of the worst tyrannies of antiquity, had a state-run medical system.

From the 18th century on, the exceptions became the norm. Public health changed a lot. “In many respects,” writes Bernard Turnock in his major public health textbook Public Health: What It Is and How It Works, “it is more reasonable to view public health as a movement than as a profession.”

The first drift of public health was about integrating all aspects of health, not just sanitation and communicable diseases. Public health became concerned with the health of all the members of the public in all circumstances related to their lives. The first government health insurance system was created in Germany in the late 19th century. Similar systems spread to other countries in the 20th century. Around the 1960s, nearly all residents of most Western countries were covered by government health insurance.

America remained the only exception, although about 35% the population is now covered by Medicare and Medicaid. The Affordable Care Act, Obamacare, will further undermine this American exceptionalism.

A second drift ran more or less in parallel: Public health came to be concerned with the health of a mythical collective public rather than with sick individuals themselves. Quite characteristically, MedicineNet.com naively defines public health as “the approach to medicine that is concerned with the health of the community as a whole.” Public health activities, the website explains, “focus on entire populations rather than on individual patients.”

The early focus on a holistic public led to the movement of “racial hygiene” which appeared in 19th century Germany. A historian of public health, Dorothy Porter, explains that the movement considered “the health, not only of individuals, but of the race as a whole.” The trend was also called “social hygiene,” and spread to other countries.

It reached its zenith under the Nazis. In his fascinating book, The Nazi War on Cancer, Robert Proctor mentions some Nazi slogans: “You have the duty to be healthy,” “Food is not a private matter,” “Your body belongs to the nation.”

The early 20th century eugenics movement was a softer form of social and racial hygiene. Eugenics, explains Dorothy Porter, aimed to “become a form of social consciousness which elevated the needs of the community above those of the individual, thereby facilitating the creation of a planned utopian society.” The utopia was a society of physically, mentally, and socially healthy people.

The eugenics movement was not soft for the targeted individuals. In the early 20th century, 30 states had eugenics programs. From 1929-1974 (yes, 1974!), for example, the North Carolina program sterilized 7,600 individuals deemed socially or mentally unfit. Their main problem was probably to be poor. Eighty-five percent of the victims were women. By the 1960s, the proportion of Blacks among the sterilized victims was more than twice their proportion in the state population.

Public health naturally drifted in a third direction. By the mid 20th century, “social” was the new buzzword. Health became social too, and public health became concerned with everything in life. The World Health Organization, founded in 1946 under the instigation of a Chinese communist, declared in its charter that “health is a state of complete physical, mental and social well-being and not merely the absence of disease or infirmity.” Smoking and obesity were soon to be elevated to the rank of epidemics.

Hated minorities change with time. They are always hated for the good of the whole and thus for very good reasons. Imposing the public health utopia requires controlling bad lifestyles, which change with time and with the preferences of the rulers of the day. Today, hated minorities include drug and tobacco consumers, rednecks or “white trash,” disobedient youths, self-reliant types, unconventional entrepreneurs, contrarian hedonists, and other groups targeted by paper crimes. Only perhaps in the case of gun owners has the public health movement been kept in check over the past two decades.

Here is another remarkable thing: the rulers sometimes crush minorities that they officially pretend to help. According to some estimates, 25% of black American adults are convicted felons (compared with 6% of non-blacks), often a consequence of the war on drugs. Blacks, who account for 13% of the US population, comprise 45% of people incarcerated for drug violations.

In the envisioned public health utopia, everything needs to be controlled. Last summer, a public health expert argued in BMJ, the prestigious British medical journal, that the fundamental problem is capitalism, which he identifies with the current system. “Lethal though tobacco is, the harm being done to public health by our economic system is far greater,” he wrote. He claimed that marketing “undermines our mental as well as our physical wellbeing.” His article is titled “Why Corporate Power Is a Public Health Priority.”

During the last few decades, all over the world, public health has been much influenced by false ideas originating from busybodies in American academic and government circles. As usual, the rest of the world imported everything that’s bad from America, and nothing that’s good. Obamacare works the other way around: it imports what’s bad from the rest of the world. No good can come from the marriage of two bads. The main problem with Obamacare is that it will vastly increase the regulation of health care, an industry that is already overregulated.

At this point, I’ve probably written a million words on the problems with our traditional retirement systems and you’re free to read my thoughts in past articles and interviews I’ve done over the years. But there are seven things you need to especially be aware of…