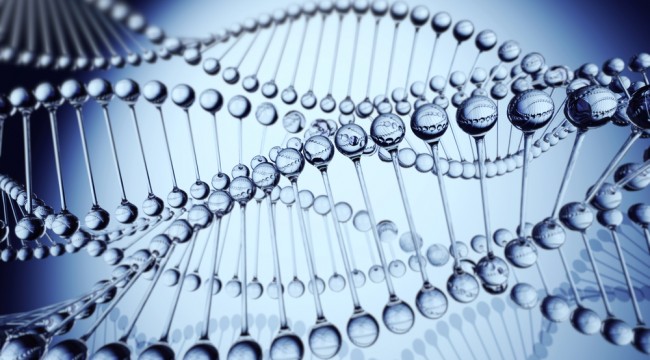 How to Stop a Murderer and Make a Cool 200% Profit

You need to know that this is a true story.

You also need to know that the names of the persons and the dates of the events have been changed to protect the identities of the people involved.

She was exactly 10 years and 8 months old at her death.

As Madeleine Helen Lovejoy described it…

“The noise was coming from Grace Mary’s heart machine. Doctors rushed into the room, hovered over Grace Mary and began performing resuscitation procedures.

“They continued to work on Grace Mary for two more hours… until they told us:

“They’ve done all they can for her. Grace Mary has fought hard, and it has taken a toll on her small body. She cannot take much more of this. You need to make a decision as to whether to continue to resuscitate her or let her go.

“I had to make the hardest decision of our lives. Our little girl was called home that day to join our lord in heaven.”

Grace Mary Lovejoy was a child “full of life, and her beautiful personality was so genuine. She was kind, caring, humble and extremely good-hearted. Grace Mary was really a beautiful girl, and she had a true innocence about herself. Grace Mary was an angel in disguise.”

Her death certificate reads, “Cause of death… lupus.”

Today, I want to show you a company currently testing drugs so we’re closer to the day when there will never be another Grace Mary Lovejoy.

This company has a drug that, if approved by the FDA, would have helped Grace Mary to live. She would be 17 today, dreaming of her prom and going to college.

Now, before I tell you the name of the company and show you how to invest in this company’s stock, I want you to understand what killed Grace Mary Lovejoy.

Lupus — or Mr. Lupus, as I am going to call it — is a disease that stalks its victims like a murderer. First, Mr. Lupus devastates his victims’ bodies by ravaging their kidneys, brains, lungs, heart, skin and joints. Bit by bit, he slowly eats away at every organ, until you are weak and vulnerable.

And then he leaves you weak enough to get sick and die from the medical equivalent of a cold.

The full name of our murderer is systemic lupus erythematosus. He goes by SLE to those who know him well. In medical jargon, SLE is an autoimmune disease.

Imagine if the United States Army came to attack us instead of going to kill our enemies. Well, that’s how you should think of an autoimmune disease.

You see, our body has its own built-in army called the immune system that protects us by attacking enemies, things like bacteria and viruses.

When you get an autoimmune disease, it’s as if our body’s army is going to war against us. That is, instead of attacking bacteria and viruses, it comes to attack our own body instead.

Long story short, this kind of traitorous behavior by our immune system can kill us.

We don’t know yet why exactly this happens. What we do know is that sooner or later, your own army comes to kill you, and you die. That’s what happened to Grace Mary Lovejoy.

Now just a bit more about Mr. Lupus before we get to the investment details of this story…

Ninety percent of Mr. Lupus’ victims are women. If you’re a man, just think about your daughter, your mother and your wife. This affects them. Mr. Lupus does not discriminate in terms of age. So he can come to get you anytime, even though most victims are between the ages of 10-50.

One of the company’s lupus drugs showed promising results in Phase 2 trials and is entering into Phase 3 clinical trial. That was the focus of the latest alert I sent to my paid up readers and the reason is simple — a company can announce results of a drug only once the Phase 3 trial is complete. And we know that a result is coming soon.

You need to understand that in the world of clinical testing, “complete” means:

This whole process can take as long two or three years. But it’s critical you understand that all three steps must be finished for the company to determine if the drug is working. This means that the results may be announced tomorrow. Or next week. Or it may take longer, maybe even as long as a month. No one knows the exact day when the trial results are going to be announced — not even the CEO of the company.

Everyone that participates in a clinical trial, from the doctors to the patients to the CEO of the company, is required to keep things under wraps until the official announcement is made. You can go to jail for insider trading if you violate these rules.

There is one more reason you should buy the stock I’m referring to right now. As the interim results get nearer to being announced, people are going to start bidding up the stock. That’s just normal behavior. Other biotech investors don’t want to buy a stock until after the interim results are released — so they will wait.

I can tell you from 25 years of experience that by then it’ll be too late. To make the big money from a Phase 3 play — what I call a “Rocket Trade” — you have to buy the stock before the news is announced.

And the one stock I’ve picked for paid-up readers is dirt-cheap right now. In fact, the stock is trading at its lowest price in nearly five years.

If the company’s drug has positive results in the Phase 3 trial, it’s going to become the standard drug for many lupus patients. And because lupus is a lifetime disease, patients are going to take this medicine for their whole life and the company will have a constant stream of cash coming in for 20 or 30 years. I could be wrong, but my research suggests that it is going to have positive results.

And when you look at similar companies that have approved drugs for diseases like Lupus, you’ll see that these companies are highly valued by the stock market. For example, Vertex Pharmaceuticals has a drug for cystic fibrosis and a stock market value of $15 billion. BioMarin, a company that has drugs that are similar to the one I’ve hinted at today, has a stock market value over $8 billion.

I can tell you that I would buy as much of this stock in my own account if I were allowed. But Agora Financial — the Daily Reckoning’s parent company — forbids me from buying stocks that I recommend to my readers.

P.S. This is a huge opportunity to get in on the cheap and make big money before this company’s stock price flies higher. And in today’s issue of The Daily Reckoning, I gave readers a unique opportunity to discover just what company I’m talking about. If you didn’t get it, sadly, you missed out. But not to worry… The Daily Reckoning goes out to over 300,000 subscribers 6 days a week, and each free issue is packed full of incredible investment advice and several chances to discover real, actionable opportunities, just like this one. Don’t miss another issue, or any potential profits that come with it. Sign up for FREE, right here.