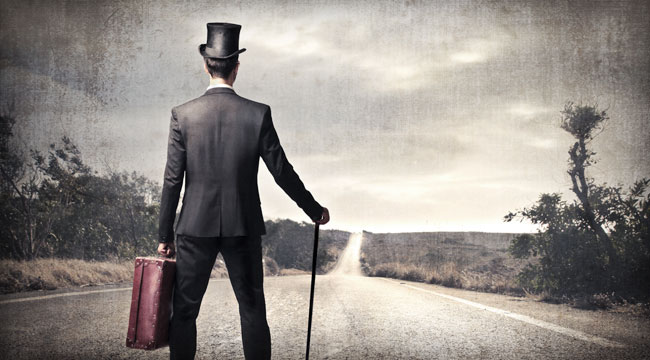 "How to Get Rich" is Not How You'd Expect

His name is Felix Dennis. He died on June 22, 2014, at the age of 67 from throat cancer. If you’ve never read his book, How to Get Rich, you’re missing out on the best book of its kind. But more on that in a bit.

Felix Dennis was one of the richest self-made men in Britain. He started with nothing. No capital and no college education. Dennis made his money publishing hobbyist and lifestyle magazines, beginning with Kung-Fu Monthly in 1974. He then added many more titles, including Maxim and The Week.

Dennis said that the most important lesson life had taught him was this: “Fear nothing — failing that, fake it!”

In the early years, he blew a lot of money on booze and women and drugs. But he eventually cleaned up his personal life. He became fond of planting trees and created a charity that planted its millionth tree last September. He was also fond of poetry and wrote his first poem in 2001. Since then, he’s written a number of well-regarded books of poetry.

I’ve read a bunch of obituaries on the man. These relate all kinds of funny anecdotes. Dennis was of a typecast you might have in your mind — the outspoken rich guy who says what he thinks, does what he wants, spends what he wants and doesn’t care what anyone else thinks.

One of my favorite anecdotes comes from David Cherry, who used to work for Dennis. “When NYC banned smoking in workplaces in the late 1990s, Felix’s response was simply, ‘Let me know what the fine is.’” Ha!

And in an interview with The Guardian in 2010, Dennis said that the most important lesson life had taught him was this: “Fear nothing — failing that, fake it!” Asked how he would like to be remembered, he said, “Truly, I could not care less.”

Just how rich was Felix Dennis? He said he didn’t know, nor does any really rich person. He owned many businesses, houses, cars, thousands of acres of land, bronze statues, art on the walls and libraries stuffed with first editions. “Oh, and thousands of bottles of fine wine in the cellars,” he said. “Never forget the wine.”

Who knows what all that stuff was worth? He liked to quote J. Paul Getty, who once said, “If you can actually count your money, then you are not really a rich man.” Forced to guess, Dennis put his fortune between $400–900 million. “I honestly cannot fix a number any closer than that.”

With Dennis, you can count on a refreshingly honest opinion delivered with panache. And that brings us to his book How to Get Rich. It is a little gem of a book. 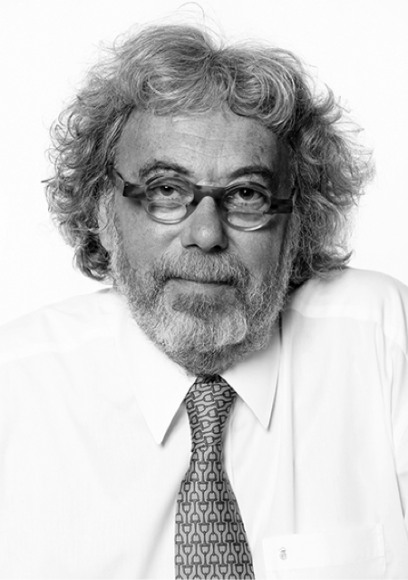 For one thing, unlike a lot of such books, Dennis wrote it himself. There is no co-author or ghostwriter. A good thing, too, because it turns out Dennis is a pretty good writer.

Second, of course, he did get rich before he wrote the book. Which is more than you can say about some of these kinds of books.

More importantly, though, the tone of this book is entirely different than anything in the genre because Dennis writes a lot about the personal costs of getting rich. He tells you how hard it is. He points out how it changes your relationships with people. He never lets you forget how much time it will take out of your days and nights.

There are plenty of places in the book where he — well, I won’t say he discourages you per se, but he really forces you to be honest with yourself about what you value. Because in the quest to get rich, getting rich must be at the top of the list.

That means you can’t care about what your neighbors might think. You can’t care about worrying your loved ones. He says if you have “artistic inclinations and fear that the search for wealth will coarsen such talents,” you’ll never get rich. If you are not prepared to work more than anyone else, you won’t get rich.

Some might not like having their rosy portraits of getting rich smashed by the spiked mace that is Dennis’ prose. But if you shrink from it, then your odds of getting really rich are that much less.

If anything, How to Get Rich is something ever-so-slightly new in the world, or at least I have tried to make it so. It is an “anti-self-improvement” book — because it admits openly that the chances of anyone reading it and then becoming rich are minuscule. The vast majority of you are far too nice. And comfortable. And sensible.

All is not despair, however. In the course of the book, Dennis tells you how he did it. There are all kinds of tidbits in there about mistakes he made, too. (Studying the mistakes of others is an underrated pastime.) And he passes on lots of advice about everything from negotiating to the joys of delegation.

Dennis says the No. 1 thing that prevents people from getting rich is fear of failure. He notes the world is full of people incessantly telling you why something won’t work and who seem to delight in spreading their outlook of doom. “How many millions upon millions of man-hours are wasted annually, I wonder, in all this doom-mongering?” Dennis asks. “Personally, I’ve had a bellyful.”

In the stock market, there is never any shortage of people calling for a big crash and the end of days. Is that a safe way to be? Of course, it is. Will it ever make you any real money in markets? No. (Investing itself is an optimistic act when you think about it.)

And looking back, I have to say that I regret the majority of times I acquiesced in shillyshallying and a retreat to safety. I would rather have tried and failed, in most cases, than have taken the safer course that so often appears wiser in the abstract.

Lack of fear is a good start, but there is much more. Dennis has a good chapter on ownership. He says it isn’t the most important thing — it is the only thing. “To become rich, you must be an owner.” And never give it away.

Investing well does not require an all-consuming obsession.

He’s talking about owning your own business. But the same idea applies generally to investing in capitalistic societies. Those who get rich own things. It is to the owners of capital that go the spoils. That’s the reality of it. If you don’t have any, you have no shot at getting wealthy.

Another idea is focus. Dennis says if you want to get rich, then that must be your focus. It’s not to become famous.

It’s not to take on Rupert Murdoch. It’s not about a political crusade. Dennis got rich publishing magazines. Was it because he loved magazines? No. He didn’t care what the subjects of his magazines were. He was in the business because he found out that he could make a lot of money publishing them.

“And so I became a magazine publisher,” he writes. “That was OK, but I forgot to keep my eye on the ball. The ball was to get rich. Instead, I decided to become one of the world’s best magazine publishers. Not smart.”

Admirable? I don’t think so.

Effective? At least in his case, the answer seems to be yes.

The most important part of the book is found on Pages 238-242. It’s in a chapter called “A Recap for Idlers.” The key point is that the richest are those with the most time. “If you are young,” Dennis writes, “you are infinitely richer than I can ever be again.”

So think carefully if you want to spend that time getting rich, he advises. No matter how wealthy you get, you cannot reclaim the lost time. These pages of the book are the most poignant and memorable. Here is a passage:

I have been very poor and I am now very rich. I am an optimist by nature. And I have the ability to write poetry and create the forest I am busy planting. Am I happy? No. Or, at least, only occasionally, when I am walking in the woods alone, or deeply ensconced in composing a difficult piece of verse, or sitting quietly with old friends over a bottle of wine. Or feeding a stray cat… I could do all those things without wealth.

As should be clear by now, you to don’t have to make yourself a slave to getting rich to take some lessons from Dennis. Investing well does not require an all-consuming obsession. Our style is, in fact, one of leisurely acquiring companies and watching them grow. Yet investing well can make you very well off indeed, as well as enrich your life in many other ways as you learn about the world around you and all kinds of interesting people.

Dennis is one of those interesting characters whom I think we can learn something from. And so I recommend his book to you. I would also say that it makes a great book to pass on to a young person bent on getting a lot of money. He or she should know what the game is all about. I mean, what it’s really all about. For that, How to Get Rich is most valuable.

P.S. How to Get Rich is just one book you might find interesting. That’s why I sent readers of The Daily Reckoning email edition a list of the “Top 5 Greatest Investment Books You’ve Never Read” – a comprehensive list of my five favorite investment books that have flown under the radar for years, but could help make you a world-class investor. But this is just one great benefit of being a reader of The Daily Reckoning email edition. Each issue is packed full of incredible insight from some of the most respected names in finances, as well as several chances for you to discover real profit opportunities. Don’t miss another issue. Sign up for The Daily Reckoning, for FREE, right here.