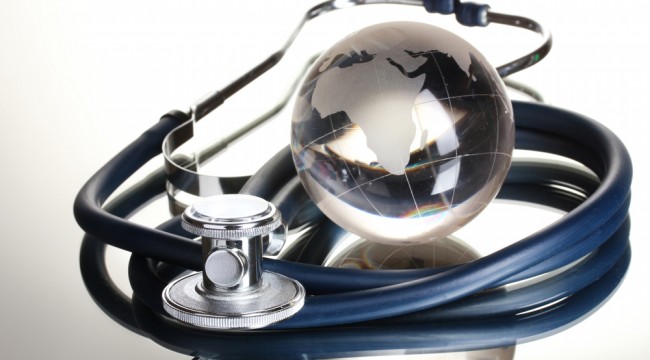 How to Escape Obamacare in One Bold Move

David’s story is a perfect example of what happens when you seek solutions rather than dwelling on the problem at hand.

We hope you’re as inspired by it as we are…

“My wife and I recently moved to Ecuador as a way of retiring early and escaping the ill-named ‘Affordable Care Act,’ before that convoluted health care system killed my wife.

“We made the move last year and can’t believe the difference it has made in the quality of both of our lives.

“The cost of living is very low, and we can actually afford to do the many things we’ve talked about during our previous life of 60-70-hour work-weeks.”

Why Ecuador, you ask?

The story begins when David’s wife, Barbara, was diagnosed with Stage 3 kidney disease while they were still living in the States.

The diagnosis itself, as you can imagine, is enough to turn a life upside down.

But, on top of it all, David and Barbara were also hit with the stress of hefty bills and “the literal merry-go-round circus the medical community put my wife through,” David told us.

“We were forever frustrated. There were endless hoops we had to jump through to try to get to the bottom of her issues over the many YEARS of various problems.”

After years of this, David and Barbara started to lose hope. But they caught a glimmer when they began researching places outside of the U.S.

They needed a place they could retire comfortably that also offered affordable and good healthcare.

“The country is full of beautiful locations… and we’re getting healthier and cured from all that ailed us in the States.”

“Both of us wanted to move up the schedule in doing the things we’ve always talked about doing,” says David. “We were worried dialysis might kick in before we could get to the retirement place in our life we spent so much time talking about.

“So we changed from a 65-year-old retirement time frame to around 55. We had to recognize and accept that our nest egg might not be as big, but what good is a larger nest egg if you don’t live long enough to use it?”

That’s when they decided to move to Ecuador: “Many places would have met our needs, but after visiting Ecuador, we found the locals to be very friendly and forgiving to non-Spanish-speaking expats (we’re learning).”

“The country is full of beautiful locations… our cost of living is ridiculously low (we rent a large penthouse apartment for the cost of a regular apartment in a low-cost area in the States)… we are much safer than in a big city in the U.S.… and we’re getting healthier and cured from all that ailed us in the States.

“The food in Ecuador is fresher and does not have all the dangerous chemical additives found in the foods in the States, so I’ve got to believe that has also contributed to the fantastic turn around my wife has made in her health.

“We’re also more active and walk most everywhere we go, so we are both healthier and in better shape.”

To boot, he says, “In only a little over a year, my wife has had one surgery related to her kidney’s at about 1/10th the cost of the same surgery in the U.S.”

What happened next is nothing short of incredible.

After moving to Ecuador and living a healthier, cheaper and less stressful lifestyle, Barbara regressed to Stage 1 kidney failure. Something the doctors in the U.S. said would never happen.

“We’ve spent years believing that her time was short and we had to speed up doing the things we’ve talked about before it was too late.  Now we have every expectation for a long and normal life for her.”

It gets better: David also had a life-changing experience (albeit, not as dramatic) with regard to Ecuadorian healthcare…

“In the U.S.,” he said, “I had a problem every year with sinus infections that required decongestants to clear up. This was a problem that I thought I had to live with.”

He suffered with it for over 30 years. And no doctor offered to help fix it… save for his doctor in Ecuador.

“I’ll never forget how I felt when the doctor said that I needed to have sinus surgery to remove the tumors/polyps from my nasal cavities. All those years, I had thought I just had to suffer with this problem, and this Ecuadorian doctor had a way of curing it after a couple short hours of evaluation.

“Of course,” David goes on, “the U.S. doctors all probably knew what would fix this problem (the Ecuadorian doctors go to the same medical schools as the U.S. doctors do), but they just didn’t tell me because of the costs or some insurance complication.

“At any rate, the surgery was performed, and I haven’t had a problem in over a year now. In fact, I also had sleep apnea that has also gone away as a result of the same surgery.

“I have to admit I’m furious that this simple solution was never offered over the many years I had the problem in the U.S., but I’m grateful I’m living somewhere where the doctors are allowed to practice medicine and cure their patients.

“My wife,” David writes, “is one perfect example of why we should not assume that our health care issues are set in stone once a few US doctors tell you that you are doomed.

“To get there, we had to change one of our life-long paradigms about the health care system being the best in the U.S….

“Which is probably still true if you have very large sums of money or if you know the correct code word needed to get past the insurance company controls and have the patience to keep fighting with them, etc. (thank god we’re done with that).

“But as is the case with health care, there are many life-changing paradigms you can pursue if you’re just open to the possibility. And if you’ll just consider them and take that steps to implement them.

“So my advice to anyone who may be fearful of taking that ‘first or next risky step’: Consider how life changing that step might be.

“I admit, in most cases, a move overseas may not be the radical solution you are looking for. But whatever it is that ails you, take that little step, that large step, that next step, or that giant leap if you want to change your current world.

“The results may be better than you even imagined. It was for us.”

Thanks for writing in, David. Amazing story.

Coincidentally, I’ve been doing a lot of personal research lately on medical tourism.

Many international hospital staff and doctors are educated and board certified in the U.S.

In fact, Laissez Faire’s in-house “medical tourism” expert, Jud Anglin, is helping me plan a trip to have some dental work done in Thailand.

Jud is the founder of MedRetreat. They arrange high-quality, low-cost surgery and procedures all around the world.

“Medical tourism is not a new phenomenon,” Jud told me. “Canadian and British patients have been traveling for decades in order to escape their universal health care systems, in which extensive surgical wait times are the norm.”

Sensing some jitters about the whole thing, Jud reassured me with a couple little-known facts…

Many international hospital staff and doctors are educated and board certified in the U.S.

“A JCAHO hospital,” says Jud, “is required to follow the same standards, procedures, and protocols as U.S. hospitals.

“So if your insurance deductible is too high or you are denied access to the surgical procedure that you need, it may be time to consider packing your bags and heading off to a foreign hospital.”

Through MedRetreat, Jud will hook me up with a dentist he’s met personally. He’ll also help me set up tours through some of the most cutting-edge hospitals in the world. Yes, in Thailand.

I’ll be flying out in January. And, of course, I’ll be writing all about it while I’m there.

More on that — and lots more on medical tourism — to come.

Ed. Note: Subscribers to the FREE Laissez Faire Today e-letter had the opportunity to learn three words that let them opt-out of Obamacare forever. Without packing up their bags. Without going to a different country. And without spending incredible amounts of money. In fact, these three words could save you up to $10,000 on your healthcare. Learn more by signing up for the FREE Laissez Faire Today e-letter, at this link: Click here.