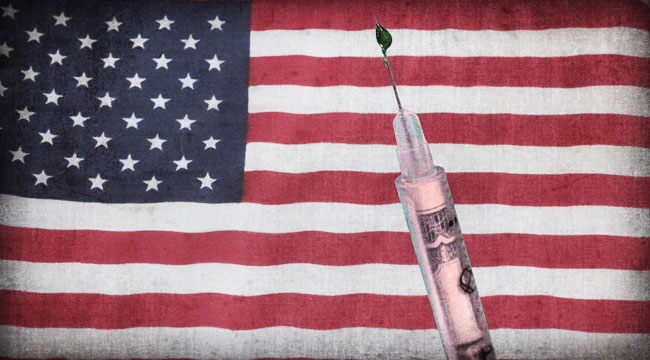 “How to Cure a Poisoned Economy”

When I became chairman of the Federal Reserve, there was a general feeling in this country that economic affairs, and inflation in particular, had reached a kind of crisis point. Things were not going very well. There was a feeling of uncertainty. There was a lot of speculation in commodities and the gold price, which was then free to fluctuate up to $800 an ounce. In an odd kind of way, that’s a good time to step into a job because people thought that something needed to be done.

The mood of the country was willing to accept action, which 10 years earlier they wouldn’t have been willing to accept. And once we got caught up in an anti-inflationary effort, there was a certain willingness to take very high interest rates and eventually a rather severe recession, with the hope and expectations that things would get better. And if we could restore any sense of stability in the currency, the country would be better off as long as we sustained that phase.

There was a lot of opposition and concern, understandably. It was a bad recession, but there was this underlying core that the country had not been on the right path economically and that it needed to be shaken up in order to restore stability. And that faith sustained the country.

It was a situation where a stronger approach was acceptable. And although it was controversial, there was a basic core of support and willingness to do it.

I repeat it all the time: Don’t let inflation get out of control and build a kind of momentum. If that happens, we will all find ourselves back in the days of stagflation and unacceptable economic performance.

Right now we are in a very difficult circumstance. We are in a financial world with lots of excess spending and lending. These many excesses put a lot of pressure on economic institutions. The question becomes how much pressure will they put on the economy as a whole?

In the past 20 years, we have had a very good run of economic activity and a lot of success in the financial world. But now we have reached a point of excess, maladjustments and tensions. Correcting them is going to be a little bit painful.

The period beginning in the mid- to early 1990s has been one of remarkable success and leadership in the world economy by the United States. But a lot of things have contributed to it. Price stability, which has been characterized with higher stock prices or lower interest rates, is one factor that has contributed to that success. Following a period of low productivity growth in the United States, the explosion of high-tech industries and high productivity in the 1990s also led to broader economic policies.

One crucial occurrence was during the Clinton administration. The movement toward a balanced budget was something that this country had not seen for a long time, and there was this worry that we would be so successful in running budget surpluses that the national debt would disappear in a few years. It was an indication of a sense of financial discipline that hadn’t existed earlier.

Now that has been eroded. In recent years, we had a small recession, which grew out of the excesses of the high-tech era and the extremely high stock prices for Silicon Valley-type firms. I’m afraid budget deficits, which to some degree are certainly tolerable and manageable in the light of the economic situation, will get us back in the habit of running deficits as a matter of course.

And of course, the big problem for this country fiscally is a need for more spending — an inherent need for more spending in Social Security, Medicare and other areas. That spending presents a very large fiscal challenge in coming years. It’s not here right now, but we’ll see whether a democracy can deal with an obvious problem that’s going to be present in not too many years; and the earlier we take action to deal with it, the better. But are we going to take action or not? That’s the crucial issue.

There will be all kinds of consequences and uncertainty if we don’t deal with these problems. Letting inflation get a little bit out of control and not dealing with economic problems effectively in the ’70s led to a very uncomfortable crisis. We don’t want to have to go through big recessions again to teach people fiscal responsibility. Instead, we should anticipate what needs to be done while maintaining the growth of the economy. And the threat will always be an unstable economy and an unstable currency. And that’s not just destructive to economic life. It can be destructive to America’s position in the world.

Paul Volcker
for The Daily Reckoning

Ed. Note: Rampant inflation is hazardous to any economy. But it can be fought with sound money and a return to fiscal responsibility. Paul Volcker proved as much in his tenure at the Fed. Still, the current Fed chairman has learned nothing. Don’t allow Bernanke, or anyone else inside the Beltway, to destroy your wealth. Find out how to protect yourself by signing up for The Daily Reckoning email edition, right here.

Paul Adolph Volcker, Jr. is an American economist. He was Chairman of the Federal Reserve under United States Presidents Jimmy Carter and Ronald Reagan from August 1979 to August 1987. He is widely credited with ending the high levels of inflation seen in the United States during the 1970s and early 1980s. He was the chairman of the Economic Recovery Advisory Board under President Barack Obama from February 2009 until January 2011.