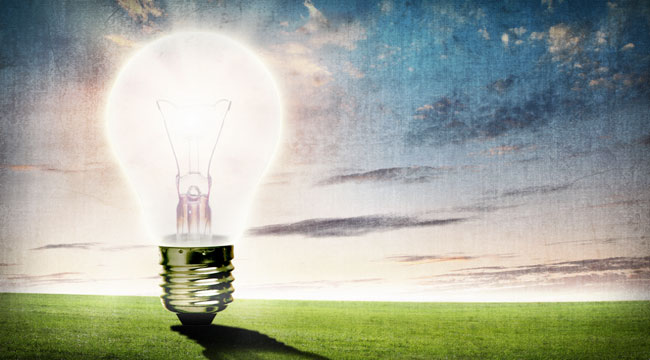 How to Cash-In On Thomas Edison's Secret Energy War

“Whether you’re a sheepherder in Uzbekistan or a soccer mom in Pasadena,” Stephen Petranek told us, “this is going to make your life different.”

Stephen is the smartest high-tech guy we know.

We sat in a room with him last year as he rattled off some of the most incredible tech advances you’ve never heard of.

In less than five years’ time, your neighborhood could look drastically different than the one you pass through each day.

One of them had to do with raising a computer like a pet. And watering it when it’s thirsty. Maybe one day we’ll revisit that mind-boggler.

Today, though, we’ll be talking about what Stephen’s calling “the most disruptive technological force on the planet.”

And it has everything to do with you and your own energy independence.

Today, we blow the doors wide open on what that technology is.

Hold on to your seat.

“The change,” Stephen told us, “will come faster than the Internet came upon us and faster than cellphones snagged us.”

In less than five years’ time, your neighborhood could look drastically different than the one you pass through each day.

What has changed out there?

All across your city and state, a robust decentralized grid has webbed itself into the infrastructure. A grid that allows you to be 100% self-sufficient, whilst helping to maintain the overall safety and reliability of the national grid.

It isn’t even a new idea.

In the 1880s, Thomas Edison, the man who invented the concept of electric power distribution, called for a decentralized grid. He saw the value in having a plethora of smaller, more robust power plants providing power to homes and businesses nearby.

Edison was also, by the way, a staunch advocate of direct current, insisting that alternating current was too dangerous.

In what’s commonly known as the War of the Currents, engineer and entrepreneur George Westinghouse (coupled with inventor Nikola Tesla), advocated the opposite: a centralized grid and alternating current (AC). 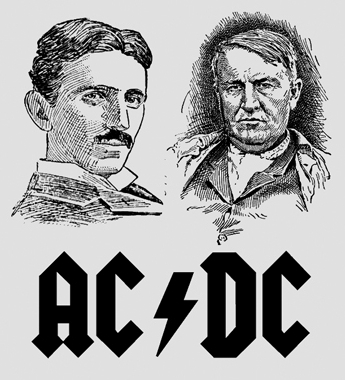 The Great War of the Currents…

“Westinghouse, working with inventor Nikola Tesla,” Dan Boyce at Inside Energy writes, “advocated the use of high-voltage alternating current (AC) from a centralized system of large industrial power plants transmitted out to a spiderweb of power lines connecting the entire country.”

You probably noticed who won…

Westinghouse, Tesla, alternating current, and a centralized system beat out. We’ve been using the latter two ever since.

Something, as of only recently, is threatening our centralized system’s place on the throne. And it’s great for you and me.

“It’s as if Thomas Edison’s original distributed power model is coming back from the dead to battle the Westinghouse system once again,” Boyce writes.

It’s true. The Battle of Currents is back.

And it’s one you can begin fighting today. And it begins, says Stephen…

We can already hear the reader mail swelling our box…

Well, let me tell you…

Stephen’s been watching this trend since solar cells started sunbathing. He’s seen all the usual objections to the big promises of solar. And he’s watched the hype ebb and flow since before photovoltaic entered the mainstream vernacular.

The usual objections include:

It requires too much space…

All of this might’ve been true limitations in the past.

But, Stephen writes, “There has been nothing short of a technological revolution in solar power in the last five years, as efficiencies continue to climb to levels that could not have been predicted.

“Half of all the solar projects ever built in the United States, including utility-scale arrays, residential rooftops and business photovoltaics,” Stephen points out, “were installed in the last two and a half years.”

More incredible than that…

Consider the following facts the mainstream can’t seem to squeeze between their Big Oil adverts. In the last five years…

“In fact,” he writes, “in Europe and parts of the United States, solar photovoltaics (making electricity from solar panels pointed at the sun) achieved grid parity in 2013 — a true breakthrough that points to a large opportunity for investors.”

Five years ago, it would’ve cost you about $7 per watt of capacity to install. Now it’s almost down to $1.

So what does this all mean for you?

“To make that point just a little clearer,” Stephen says, “the near future includes airplanes, cars, and buildings that all run on solar cells.

Ed. Note: Considering going solar? Don’t install a single panel until you check out Laissez Faire Today. Soon, Chris Campbell will reveal one discreet power source that Americans are quietly buying up to protect their homes. How does it work? The answer might surprise you. Click here right now and sign up for Laissez Faire Today to find out.