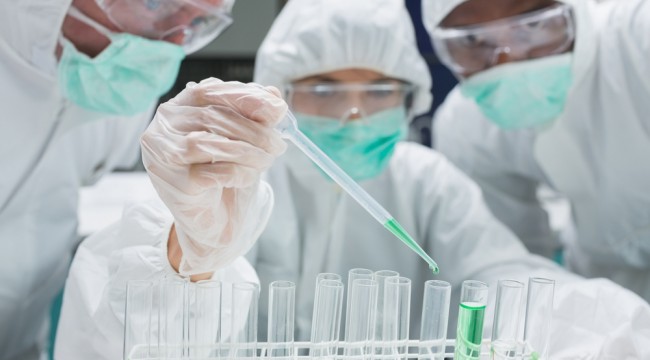 How the FDA is Quietly Crippling US Citizens

A drug called colchicine is all that keeps some 2 million American gout patients from suffering debilitating pain in their toes, elbows, wrists, and fingers. Doctors have prescribed the compound, derived from the seeds of the autumn crocus, for centuries. But patients who take colchicine woke up with a new symptom recently: a giant pain in the wallet.

Until January, colchicine was sold by many companies and cost as little as 10 cents a pill. Now it’s available only under the trade name Colcrys, sold by a Philadelphia company called URL Pharma — for five dollars per pill. The colchicine story, and a few others like it, have provoked ire among some patients and doctors about an otherwise praiseworthy effort by the FDA to get rid of old, untested, potentially harmful drugs.

Take the case of 17 alpha-hydroxyprogesterone caproate (17OHP), a synthetic hormone designed to prevent preterm births in pregnant women. An unapproved form of the drug was previously formulated at specialized pharmacies. In February, after K-V Pharmaceutical Co. submitted its version of the drug to rigorous testing, FDA approved the new drug under the trade name Makena. Pharmacies that try to sell their own forms of 170HP now risk FDA enforcement action such as fines or raids.

The drug’s retail price jumped from $15 to $1,440 per treatment, a shock to obstetricians and their patients, as well as to those who write checks at insurance companies and Medicaid. The tens of thousands of women who receive the treatment each year typically require 20 injections during the course of their pregnancies.

Sens. Sherrod Brown (D-OH), and Amy Klobuchar, (D-MN), have called for a price-gouging investigation of K-V Pharmaceuticals, and they may be on to something. Several physicians and patients who use colchicine have also asked for congressional investigations.

One can’t fault the FDA for the price increases for Makeda and Colcrys; the agency is doing what it’s supposed to do, clearing out old drugs and improving the standards of the national Pharmacopoeia. (Disclosure: I worked as a speechwriter for FDA in early 2010 but had no involvement in the colchicine or 17OHP issues.) But it seems unjust — if legal — for companies to take unscrupulous advantage of patients and doctors who rely on already well-established drugs.

“The drug’s retail price jumped from $15 to $1,440 per treatment, a shock to obstetricians and their patients…”

The colchicine and 17OHP stories have their roots in the FDA’s historically complex relationship with the drug industry. Since 1962, the agency has required that all new drugs be proven safe and efficacious before hitting the market. Many drugs marketed before 1962, however, remain on sale without having been formally approved by the FDA and are technically illegal. In 2006, the FDA launched the Unapproved Drugs Initiative, aimed at getting rid of as many of these drugs as possible.

When the FDA launched its initiative, unapproved drugs made up about 2% of the prescriptions written in the United States, estimates Michael Levy, director of the FDA’s New Drugs and Labeling Compliance office. Today, they account for slightly more than 1%. The agency has removed more than 1,000 unapproved drugs from the market.

Not all drugs are targeted equally: The agency takes enforcement action based on a hierarchy of needs, starting with safety. Some of the agency’s biggest targets, for this reason, have been 120 cold medicines containing carbinoxamine, an antihistamine linked to 21 infant deaths. And it tends not to go after unapproved drugs if banning them would create a gap in medical care; the FDA, for instance, has not moved to withdraw phenobarbital, an old anti-epilepsy drug that is still the treatment of choice for certain types of seizures.

The FDA campaign has two approaches. In some cases, the agency simply warns companies to stop producing and shipping unlicensed drugs by a given date. In other cases the FDA warns a group of companies producing a particular class of drug, notifying them that it plans to crack down on their unapproved substances. The idea here is to give the companies an opportunity to submit their drugs to the rigorous testing required for FDA approval. This is what happened with Colcrys and Makeda, and at least 86 other newly approved drugs.

The problem is that after submitting such drugs to expensive testing, drug makers typically jack up the prices, in a position to do so under congressional patent incentives aimed at producing innovative drug research. The FDA has no say in how a drug is priced.

Such was the case with colchicine. Most patients can treat their acute gout symptoms with steroids or nonsteroidal anti-inflammatories like aspirin or ibuprofen. But patients who can’t tolerate those drugs rely on colchicine. In addition, an estimated 100,000 Americans who suffer from Familial Mediterranean Fever take colchicine every day to prevent the terrible chest and abdominal pains the rare genetic disorder causes.

Despite the fact that colchicine has been in use since at least the sixth century — but also largely because of it — the drug had never been submitted to rigorous clinical trials.

In 2009, after winning FDA approval, URL Pharma won exclusive rights to sell colchicine as a treatment for acute gout for three years, and seven-year exclusivity to sell it for Familial Mediterranean Fever, under the Orphan Drugs Act. No other companies sought FDA approval — presumably because after spending money to win a new drug license, they would have had to split the market with URL Pharma, forcing both parties to sell at a lower price.

URL Pharma says it tested the drug on 1,000 patients. It did pharmacokinetic studies that helped establish important drug-drug interactions that make colchicine dangerous in some cases. But its license seemed to rest primarily on a trial of just 184 people who got placebo, or colchicine at high or low dosage levels. This was hardly the kind of long, expensive trial that would justify a big price markup.

The company and senior FDA officials maintain that the studies made colchicine much safer than before. For the first time, the drug’s labeling contains dosing and drug-interaction information that informs doctors and patients how to use the drug safely. This is important. The question, however, is whether these benefits were worth the drug’s increased cost.

In September 2010, the FDA warned all other makers of colchicine to remove their drugs from the shelves by January. Dr. John J. Cush, director of clinical rheumatology at Baylor University in Dallas, is one of an undetermined number of physicians who responded by deciding to boycott Colcrys.

“This is a travesty, a joke that is not funny to patients or rheumatologists, and the FDA has endorsed it and that’s unfortunate,” said Cush, who has served on FDA drug approval panels and is generally positive about the agency’s programs.

In their response to criticism, FDA officials have noted that colchicine had been associated with 117 non-overdose deaths, half of them involving an interaction between colchicine and the antibiotic clarithromycin. As a result of the FDA’s review and approval of Colcrys, drug interactions and dosage warnings are now included in the drug’s label.

But the dosage information was already part of the American College of Rheumatology’s guidelines for gout treatment. Dr. Edward Fudman, an Austin rheumatologist, told a medical newsletter last year that no one in his specialty had used high doses of colchicine in years. URL Pharma “set up a straw man to knock it down,” he said. “Doing one trial in patients and a few drug interaction studies doesn’t justify marketing exclusivity and a 50-fold increase in price.”

The $5-per-pill price URL Pharma set for Colcrys surprised the FDA, says Levy. Responding to complaints about the price it is charging, the company has established an extensive patient access program, under which patients earning up to $134,000 per year can get their drugs for as little as $25 per month. The company says 50,000 patients have signed up for the program, but it’s hard to know what percentage of gout and FMF patients that represents; between 1 million and 2 million colchicine prescriptions are written each year.

The FDA seems, understandably, taken aback by criticism of its role in Colcrys. “I don’t want the forest to get lost for the trees,” Levy told me. “It’s extremely important that these older drugs get approved. If you look at our data on these drugs, they pose a serious safety risk to the American public.”

Indeed, few would dispute the value of the FDA’s drive to ensure the safety and efficacy of prescription drugs. But both URL Pharma and K-V Pharmaceuticals seem to be reaping rewards out of proportion to their investments. At a time when states are cutting Medicaid payments and everyone is being asked to tighten belts, this isn’t fair and doesn’t make sense. Alternative methods for improving the safety and efficacy of these drugs aren’t obvious. Hopefully, in investigating the price hikes, Congress will look for legislative remedies to improve the drug supply without costing the public an arm and a leg.

Arthur Allen
for The Daily Reckoning

Ed. Note: How many drugs in your medicine cabinet did you have to pay more for because the FDA granted these companies added protection? How many other government agencies created to protect you are actually protecting the special interests and profits of select companies? If you’re a reader of Laissez Faire Today, you’ll never miss out on information that could save you money, or remedies that could improve or save your life. Click here to sign up for FREE today.

Arthur Allen is a writer and journalist based in Washington DC, author of the recently published Vaccine: the Controversial Story of Medicine’s Greatest Lifesaver.