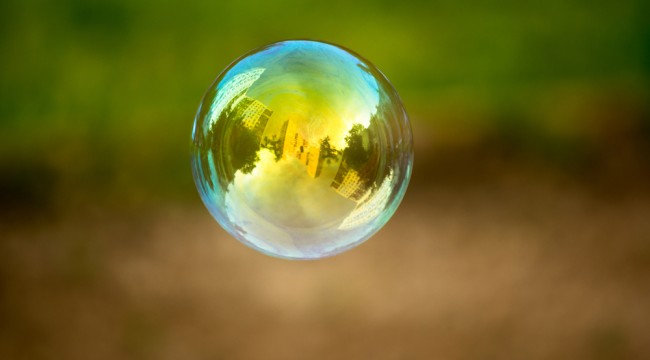 Why Popping the Credit Bubble Would Destroy the US Empire

Coming off successes in Iraq and Afghanistan, it makes sense that the US should send troops to Ukraine, no?

When we first read this in the Washington Post, we thought it might be a late April Fools’ Day joke. Then we discovered the writer was sincere about it; apparently, James Jeffrey is a fool all year round:

The best way to send Putin a tough message and possibly deflect a Russian campaign against more vulnerable NATO states is to back up our commitment to the sanctity of NATO territory with ground troops, the only military deployment that can make such commitments unequivocal.

To its credit, the administration has dispatched fighter aircraft to Poland and the Baltic states to reinforce NATO fighter patrols and exercises. But these deployments, like ships temporarily in the Black Sea, have inherent weaknesses as political signals. They cannot hold terrain – the ultimate arbiter of any military calculus – and can be easily withdrawn if trouble brews.

Troops, even limited in number, send a much more powerful message. More difficult to rapidly withdraw once deployed, they can make the point that the United States is serious about defending NATO‘s eastern borders.

The US has a global empire, supported by an unprecedented mountain of debt. All bubbles need to find their pins. And all empires need to blow themselves up. What Jeffrey is proposing is to speed up the process with more reckless troop deployments.

We’re with him all the way…

Push ol’ Humpty Dumpty off the wall and get it over with… so the US can go back to being a decent, normal country without phony “red alerts”… “see something, say something” snitches… and a trillion-dollar “security” budget that reduces our safety.

But we doubt it will be that easy. Empires do not go gently into that good night. Instead, they rail… rant… and rave against the dying of the light.

They also make one awful mess of things. Empires depend on military force for their survival. And to meet their budget goals.

Typically, they steal things. In the Punic Wars, for example, the Romans filled an alarming budget gap by conquering the city of Tarentum. They then stole all that was portable… and sold its citizens into slavery.

All bubbles need to find their pins. And all empires need to blow themselves up.

Problem solved… for a while.

The US is unique in the annals of imperial history. It always imagines it will reap a rich reward – at least in status, if not in money – from its conquests. It never does.

President Wilson believed he would be hailed as a great international statesman. Instead, Europeans laughed at him and his 14 Points. (“Even God himself only needed 10,” quipped French prime minister Georges Clemenceau.)

President Johnson imagined a big “thank you” from the Vietnamese. Instead, he got a “no thanks” from Americans.

And President George W. Bush imagined the oil riches of Iraq flowing back to the homeland… only to end up with the most costly and unrewarding war in US history.

It is only because the US is so rich that it has been able to afford this kind of malarkey. But that is coming to an end. For much of the last 30 years, the imperial war machine has been financed mainly on credit – aided and abetted by a credit-crazed central bank.

How long this can go on is anyone’s guess. Probably no longer than the Fed’s credit bubble can continue to inflate.

In the meantime, the defense contractors, the military lobbyists, and the other zombies in the security industry will continue to push for more meddling – in Syria… Ukraine… heck, wherever…

The bubble must find its pin somewhere!

The US empire and its credit bubble will probably come to an end at the same time.

Without the rest of the world’s need for dollars, the credit bubble couldn’t continue growing. And without the credit growth there would be no way to pay the expense of maintaining a worldwide empire.

This does not explain the miracle of “growth without savings”, but it gives us a hint as to what will happen when the trick no longer works.

All bubbles… and all empires… eventually blow up. An empire that depends on a credit bubble is doubly explosive. All it takes is a turn in the credit cycle, and the fuse is lit.

We wrote a book on the subject, along with co-author Addison Wiggin, in 2006. From the invasion of the Philippines to the Vietnam War… the US empire was financed by the rich, productive power of the US economy.

But as the war in Vietnam was winding down, the source of imperial finance changed from current output to future output. The US switched to a purely paper money system… and turned to borrowing to finance its military adventures. Today’s blockhead puffs out his chest and enjoys feeling like a big shot. He passes the bill on to tomorrow’s taxpayer.

The argument for heavy security spending collapsed between 1979 (when China took the capitalist road) and 1989 (when Russia abandoned communism).

But by then, the “military-industrial complex” (or the military-industrial-congressional complex) President Eisenhower warned us about was already firmly in control of Washington. Presidents – Democrat and Republican – came and went. Nothing nor nobody could keep resources from the security industry.

The return on investment from this spending was probably well below zero. That is to say the foreign meddling probably created more enemies than it neutralized. But it didn’t matter.

Besides, the same phenomenon was happening in other major industries. In health care, education and finance more and more resources were commanded by political considerations – even though these industries were still considered part of the private sector economy.

In education, for example, the number of teachers stagnated, as the number of administrators and “educators” soared. Freighted with zombies, there were few real gains in these sectors. Meanwhile, the US manufacturing sector withered. Real wages stopped increasing. Economic growth slowed.

And social welfare spending increased. “Guns and Butter” was LBJ’s promise. Both were greasy and slippery. And without the strong growth of the 1950s and 1960s, it was not possible to pay for so much zombie lard.

The US empire turned to credit. It has not had a genuinely balanced budget since. Instead, since the end of the Carter administration, deficits have increased, year after year.

When the Reagan team came into office in the early 1980s there was a fierce internal battle about what to do with federal finances. The fiscal conservatives – led by David Stockman, Reagan’s young budget director – felt the government had an obligation to balance its budget. The new, or “neo,” conservatives were more hip to the public mood… and to the miracle made possible by increasing credit.

“Deficits don’t matter,” said Dick Cheney. The neocons won. Stockman left the administration and went to work on Wall Street. Deficits soared. Later, Stockman wrote a good book, The Great Deformation, explaining how the US economy had been corrupted by its leading industries: government, security and finance.

By the 1990s, the combination of a bull market on Wall Street, falling interest rates, the end of the Cold War and disillusionment with old-style democratic spending left the Clinton administration in a rare sweet spot. It found it couldn’t spend money fast enough. Its revenues were high. Its spending opportunities were low. The result was what was feted as a “balanced budget” – but the books only balanced if you ignored the cost of Social Security!

It was President George W. Bush, however, who really took the lid off the credit machine.

P.S. You missed out today. In the email edition of The Daily Reckoning we talked about “Mutually Assured Financial Destruction”. That’s what the U.S. and Russia are trapped in. You would’ve received my essay too… but with added context and market commentary. In fact, you’re missing 50% of what we publish by only reading our website. If you like what we publish, then you should subscribe to receive our daily reckonings by email. Click here to sign up for free right now.