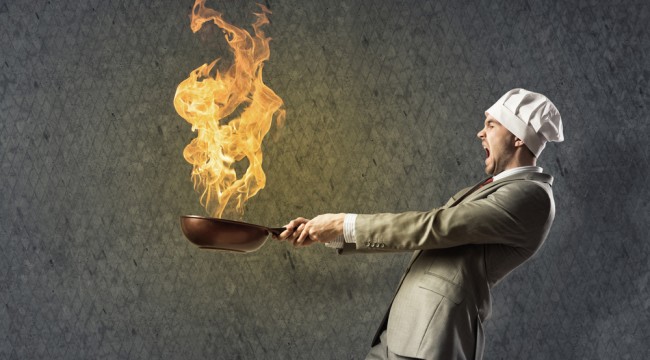 How long will today’s inflation last? Deficits are the obvious place to begin with. The best way to consider debt is the debt-to-GDP ratio; you put the debt in the context of the gross income needed to service the debt.

Those ratios (and projected ratios for future years) are the highest in U.S. history, higher even than at the end of World War II when it was 119%.

Does the debt-to-GDP ratio matter as far as inflation is concerned? Yes and no. In the short run, probably not. There’s extensive economic literature that shows high debt-to-GDP ratios slow economic growth and put the economy on a disinflationary path.

For now, it’s enough to say that economies with high debt-to-GDP ratios often flip from disinflation (or deflation) to hyperinflation almost overnight as citizens and creditors suddenly realize that inflation is the only way to escape the room.

Monetary policy, our second factor, is at the top of most lists as a likely cause of inflation in the short term. In fact, it will have no inflationary impact at all and is more likely to be disinflationary.

The popular view is that excessive Fed money printing must inevitably cause inflation. The Fed creates so-called base money by buying Treasury securities from banks. But those banks simply return the money to the Fed in the form of excess reserves. So that money does not enter the real economy and plays no role whatsoever in consumption or other activities that could lead to consumer price inflation.

The only form of money that might lead to higher inflation is M1, the money created by commercial banks when they make loans or extend other forms of credit. Increased lending of that sort may or may not happen, but it will have little to do with the Fed.

But an increase in commercial bank lending requires individuals or businesses that are willing to borrow. Right now, neither a lending appetite nor the urge to borrow is present.

One area where Fed policy does touch the real economy is the creation of asset bubbles. Expanding bubbles are not particularly inflationary because the animal spirits are directed at stocks and bonds rather than consumption.

Bursting bubbles can be disinflationary because they tend to change psychology in the direction of reduced consumption and higher unemployment.

On balance, this process is more deflationary than inflationary.

Politics, the third inflationary factor, has had a clear inflationary impact, although the effect may be short-lived. Politics was the driver of massive pandemic relief packages that directed trillions of dollars to individuals, small businesses and global corporations from March 2020–March 2021.

The inflationary impact of this spending came not from higher deficits or Fed monetization of the debt. The inflation came from the fact that money was pumped straight into the hands of consumers at a time when output was constrained by lockdowns and supply chain breakdowns.

The result was a spending spree in the goods sector when the goods were often hard to find.

Supply shocks are the fourth factor that’s driving inflation. This kind of inflation is caused by the supply side rather than the demand side of an economy. The most famous example of a supply shock was the Arab oil embargo that began on Oct. 17, 1973.

The U.S. had left itself vulnerable to the Arab oil weapon by allowing domestic oil production to decline precipitously in the early 1970s, a policy similar to that being pursued by Biden today. The impact on U.S. inflation was immediate. From a baseline of 3.3% inflation in 1972 before the embargo, inflation rose to 6.2% in 1973 and spiked to 11.1% in 1974 despite a sharp recession.

The same supply shock cost-push inflation occurred during the second oil crisis in 1979. That was the result of a sharp decline in oil output due to the Iranian Revolution then. The price of oil doubled over the course of 1979.

Now evidence is emerging that the U.S. and global economies are experiencing a new round of supply shocks. Instead of coming from a single commodity — oil — and a single source — the Middle East — the new supply shocks are coming from all directions as the cumulative effect of trade wars, pandemic lockdowns and supply chain breakdowns.

This analysis brings us full circle. Inflation is certainly on the rise, but will it persist or fade due to offsetting factors?

In the short run, inflation will persist at or about current levels (7.5% year over year). Once momentum is established, a trend rarely stops on a dime unless there is a new shock comparable to the pandemic that appeared in 2020.

The better form of the question is whether inflation will maintain current levels of 8.5% or higher over the course of 2022 and 2023 or will it retreat to the 5% level and eventually levels below 3% that were the norm from 2009–2020?

As described above, monetary policy is irrelevant to inflation but is highly relevant to asset bubbles. On balance, the Fed’s current efforts at monetary tightening will collapse asset bubbles in a disorderly way, which will be deflationary in its impact contrary to Fed expectations.

For this reason, the Fed will not be a source of inflation in the near term.

Politics will also not contribute to inflation in the near future. There’s clear evidence that the $5.5 trillion in deficit spending between March 2020 and March 2021 was a cause of the inflation that emerged in 2021.

But the inflationary surges faded once the money was spent. The impact was temporary, not lasting. So monetary policy and politics will not produce persistent inflation under current conditions.

Is there a factor that can drive inflation higher in the short run and possibly change consumer expectations, which will drive prices even higher?

Yes. That factor is the supply chain and the emergence of supply shocks that play out in higher prices. This dynamic is not transient like helicopter money. It feeds on itself if not cured quickly. It’s beyond the control of policymakers because of the complexity of supply chains.

Because of the supply chain disruptions in key commodities such as energy, food and strategic metals, inflation will persist and get worse. This is not because of the Fed or the Congress. These shocks could be alleviated by freeing up the U.S. energy sector and ending the war in Ukraine and the economic sanctions that go with it.

Don’t expect any of those things to happen. Biden is in thrall to the climate alarmists so he won’t help the U.S. energy industry. Biden is also blind in Ukraine where a simple “no” to NATO membership would end the war almost overnight.

Instead, investors should expect persistent inflation until the Fed causes a recession. At that point, stocks will crash and inflation will morph into deflation. The losers will be savers; retirees; and those relying on insurance, annuities, pensions and fixed-rate bonds to pay their bills.

The biggest winners will be those who invest in hard assets such as oil, natural resources, gold, silver and real estate.