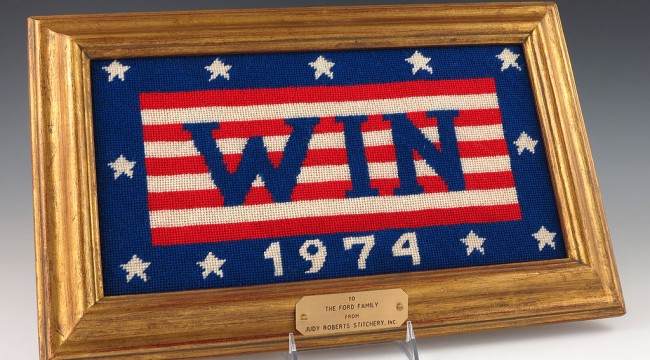 I’ve taken to reading Warren Buffett’s annual letters — all 50 years — from first to last. I figure I’ll read one a day. Whatever you think of Buffett the man, there is no denying the letters are a trove of investment wisdom.

Yesterday, I finished his 1981 letter. What’s interesting about these early letters is the amount of time given to discussing the decline in the purchasing power of the dollar, or inflation, and its effects on investors.

Inflation has not been a serious problem for years now. In fact, it seems to be heading toward zero or less. This next chart is from the Billion Prices Project at MIT, an attempt to more accurately measure price changes than the CPI. (Though, you’ll note, the end result is close.) 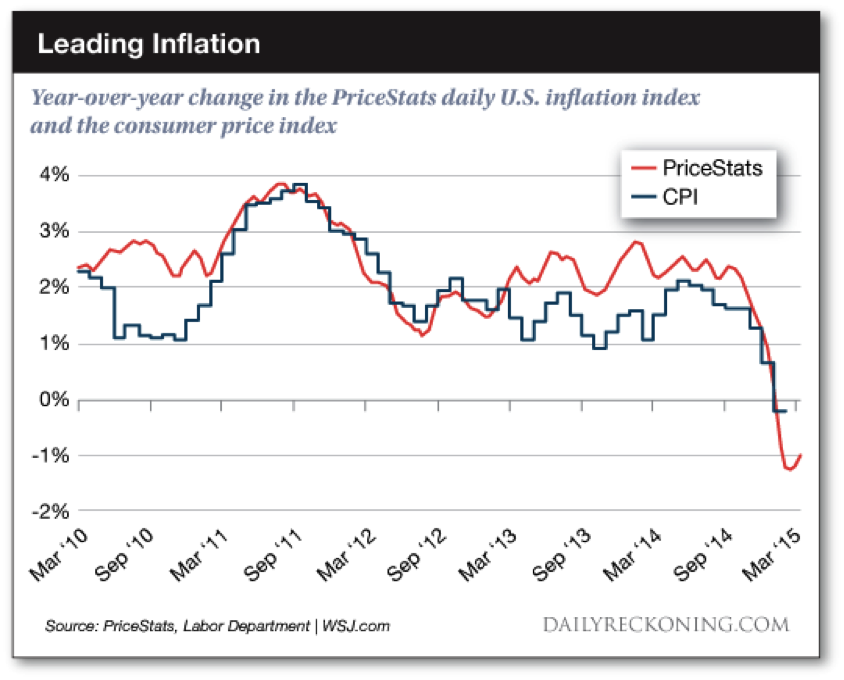 Internationally, too, the dollar has been muscular. But investors tend to prepare for yesterday’s battles, which Buffett acknowledges.

“While investors and managers must place their feet in the future, their memories and nervous systems often remain plugged into the past,” Buffett wrote in 1981.

Anyway, inflation was high in the late 1970s and was also a real problem for businesses and investors. But it was something new, and people were slow to take in what it meant.

What it meant was that a 20% return was not really a 20% return but could actually be negative after inflation and taxes — the “investor’s misery index,” as Buffett calls it.

“If you (a) forego 10 hamburgers to purchase an investment; (b) receive dividends which, after tax, buy two hamburgers; and (c) receive, upon sale of your holdings, after-tax proceeds that will buy eight hamburgers, then (d) you have had no real income from your investment, no matter how much it appreciated in dollars. You may feel richer, but you won’t eat richer.”

He does not mince words about what those high inflation rates did to the returns of Berkshire. In the 1981 letter, he wrote about how inflation made Berkshire’s “apparently satisfactory” results “illusory as a measure of true investment results for our owners.”

“One friendly but sharp-eyed commentator on Berkshire has pointed out that our book value at the end of 1964 would have bought about one-half ounce of gold and, 15 years later, after we have plowed back all earnings along with much blood, sweat and tears, the book value produced will buy about the same half ounce. A similar comparison could be drawn with Middle Eastern oil. The rub has been that government has been exceptionally able in printing money and creating promises, but is unable to print gold or create oil.”

Keeping up with inflation was a triumph. Most American businesses chewed up capital and left owners with less purchasing power than their investors started with.

In 1981, Buffett pointed out that tax-exempt bonds paid 14%. And that 14% went right to the investor’s pocket. American business also earned 14% that year. But that did not go directly to investors’ pockets. Even if a business earning 14% paid out all of its earnings in dividends, taxes would reduce your return below inflation.

How to value such a business in such an environment?

Buffett uses the analogy of a bond. Let’s say you had a tax-exempt bond issued in prior years that paid you 7%. Such a bond would be 50 cents on the dollar in an environment where tax-exempt bonds pay 14%.

And so it is with stocks.

“Thus,” Buffett writes, “with interest rates on passive investments at late 1981 levels, a typical American business is no longer worth 100 cents on the dollar to owners who are individuals.”

The year 1982 was the last year of that kind of inflation, which diminished thereafter. No wonder it proved to be such a great bottom in the stock market. As rates fell, businesses became more and more valuable.

This explains why interest rates are a big deal and why people are so keen on what the Fed is going to do. Interest rates on passive, tax-exempt securities set the crossbar for stocks.

“Inflationary experience and expectations will be major (but not the only) factors affecting the height of the crossbar in future years. If the causes of long-term inflation can be tempered, passive returns are likely to fall and the intrinsic position of American equity capital should significantly improve. Many businesses that now must be classified as economically ‘bad’ would be restored to the ‘good’ category under such circumstances.”

Inflation did abate. Rates fell. We are now more than 30 years into that process. The 10-year Treasury pays just 2.36% today. There isn’t much room left.

But that’s what nearly everybody thinks.

What if instead we stay in this zone for a long time yet? What if we are in the midst of a financial ice age, as defined by the former Morgan Stanley strategist Barton Biggs?

“Ice is a loss of pricing power and a world where prices are as likely to go down as up. Ice is an erosion of profits. Ice is excess capacity. Ice is developing countries with low-cost factories and huge new labor forces. Ice is creative price destruction from technology… Ice is also about competitive devaluations, as countries try to export their unemployment and lack of growth.”

When everyone accepts low rates and low growth, then I’ll start to worry about inflation. We’re not there yet. Stocks are still the place to be for growth.