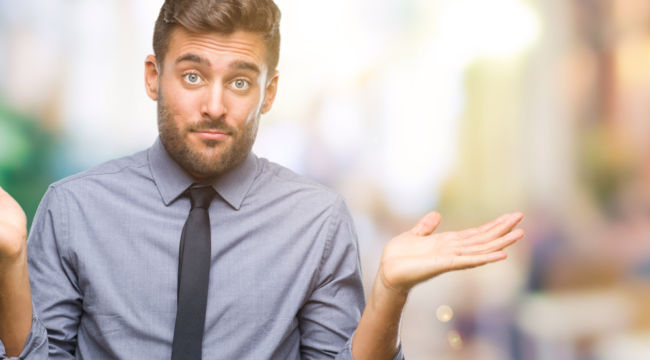 How Could This Possibly Happen?

We exist in a time of “firsts”…

And now a barrel of oil fetches less than zero.

That is, oil producers must pay a fellow to lift this barrel off his hands.

This was the sudden reality we confronted yesterday.

Can you conceive it?

The lubricating grease of the world’s economy — oil — you must hand away at a loss.

It is as if the clocks ran suddenly backward… or that gravity pushed rather than pulled.

Where are the conspiracy mongers to explain it?

In July 2008, when the oil price neared $150, we were told the oil companies were in dark and evil collusion.

Their criminal price-fixing took you for a sleigh ride — an outrage against all things holy and wholesome under the sun.

Yet if these hellcats were so formidable… how could they possibly permit yesterday’s oil holocaust… when their product ran to negative worth?

What, then, explains yesterday’s oil rout?

It is largely an artifact of the futures market. Sellers cannot attract buyers. And those who are stuck with the goo have nowhere to stable it.

This happens when a physical futures contract finds no buyers close to or at (contract expiration). Let me explain what that means:

A physical contract… has a delivery point at Cushing, Oklahoma, and date, in this occurrence May. So people who hold the contract at the end of the trading window have to take physical delivery of the oil they bought on the futures market. This is very rare…

What [happened yesterday] is trades or speculators who had bought the contract are finding themselves unable to resell it, and have no storage booked to get delivered the crude in Cushing, Oklahoma, where the delivery is specified in the contract.

This means that all the storage in Cushing is booked and there is no price they can pay to store it, or they are totally inexperienced in this game and are caught holding a contract they did not understand the full physical aspect of as the time clock expires…

That is your explanation. The value of June contracts — incidentally — are similarly plunging. They are not negative however… at least not yet.

Strip the thing clear to its essentials and this is what you will find:

Oil demand is presently so subdued that the storage tanks bulge to capacity. Our men report April demand is off by 29 million barrels each day of this month.

That is some 900 million barrels in one month alone. And precious little storage space remains to take it.

They are where excess supply is being housed — some 160 million barrels of it.

These vessels are lolling at anchor, loaded to the gunwales with oil, commanding up to $400,000 per day for the job.

And these floating behemoths are presently in vast demand… unlike their cargo.

Let us hold our attention on the domestic scene…

The Fracking Industry Is Collapsing

The United States fracking industry is presently in a horrific way. Many require oil prices of perhaps $60 per barrel. Production is unprofitable at lower prices.

Today one barrel of West Texas Intermediate crude fetches $9.06. What bedlamite would haul up a barrel’s worth oil at $9.06… if he scarcely cracks even at $60?

But the president plans to extend these poor fellows a hand:

We will never let the great U.S. Oil & Gas Industry down. I have instructed the Secretary of Energy and Secretary of the Treasury to formulate a plan which will make funds available so that these very important companies and jobs will be secured long into the future!

Rather, we should write, the president would have you extend your hand. The federal authority — after all — has no “funds” of its own. All must be borrowed or taxed.

Must the nation plunge even deeper into debt to keep the oilmen going along?

And if it keeps them in funds, will they not coax up more oil… which will only depress prices further?

Perhaps we raise an impertinent question. But here is who would welcome a bailout as richly as the oilers themselves:

Banks Are on the Hook

Banks lent the fracking industry reams and reams of money in flush times, in boom times.

The inevitable bust came along in 2014. And many outfits have been unable to meet their obligations — even with oil over $50.

Now oil is under $10. And the banks are hung upon the hooks of their own botched loans.

The fracking industry has borrowed some $250 billion more than it has earned the past two years alone.

How will it pay down its debts?

A wave of defaults will sweep across the badlands of Texas, North Dakota and other such oily wastes.

The banks will go scratching

But let the banks go scratching, we say. Why should the taxpayer make good a bank’s erring loans?

Adam Smith’s hand of capitalism may be invisible. But it punches hard.

It must punch hard… else it is not the hand of capitalism.

A good, hard blow knocks down inefficient industries and businesses. Capital can then flow into stronger hands, more productive hands.

Any dollar thrown to unprofitable oilmen is one dollar taken off of more productive duty.

There is only one industry that should be eligible for bailouts. That is the daily newsletter industry.

If we are to be heaved out upon our ear, our hands will go immediately out, as a common beggar’s hands go out.