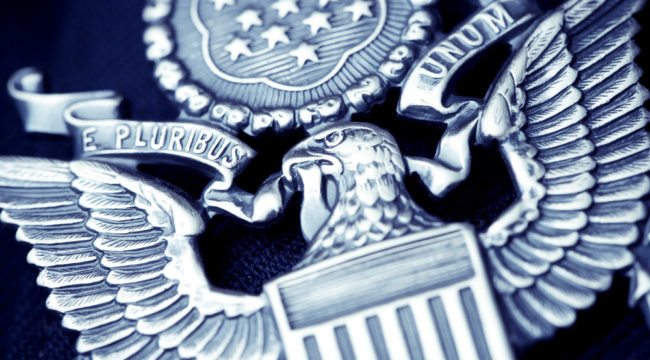 The country faces profound political disunity, a concept I learned from historian Michael Grant, whose slim but insightful volume The Fall of the Roman Empire I have been recommending since 2009.

As I noted in my 2009 book Survival+, this was a key feature of the Roman Empire in its final slide to collapse.

The shared values and consensus which had held the Empire’s core together dissolved, leaving petty fiefdoms to war among themselves for what power and swag remained.

A funny thing happens when a nation allows itself to be ruled by Imperial kleptocrats: such rule is intrinsically destabilizing, as there is no longer any moral or political center to bind the nation together.

The public sees the value system at the top is maximize my personal profit by whatever means are available, i.e. complicity, corruption, monopoly and rentier rackets, and they follow suit by pursuing whatever petty frauds and rackets are within reach: tax avoidance, cheating on entrance exams, gaming the disability system, lying on mortgage and job applications, and so on.

But the scope of the rentier rackets is so large, the bottom 95% cannot possibly keep up with the expanding wealth and income of the top .1% and their army of technocrats and enablers, so a rising sense of injustice widens the already yawning fissures in the body politic.

Meanwhile, diverting the national income into a few power centers is also destabilizing, as Central Planning and Market Manipulation (a.k.a. the Federal Reserve) are intrinsically unstable as price can no longer be discovered by unfettered markets.

As a result, imbalances grow until some seemingly tiny incident or disruption triggers a cascading collapse, a.k.a. a phase shift or system re-set.

As the Power Elites squabble over the dwindling crumbs left by the various rentier rackets, there’s no one left to fight for the national interest because the entire Status Quo of self-interested fiefdoms and cartels has been co-opted and is now wedded to the Imperial Oligarchy as their guarantor of financial security.

When the system is rigged, “democracy” is just another public-relations screen to mask the unsavory reality of Oligarchy.

Democracy in America has become a hollow shell.

The conventional markers of democracy — elections and elected representatives — exist, but they are mere facades; the mechanisms of setting the course of the nation are corrupt, and the power lies outside the public’s reach.

History has shown that democratic elections don’t guarantee an uncorrupt, functional government. Rather, democracy has become the public-relations stamp of approval for corrupt governance that runs roughshod over individual liberty while centralizing the power to enforce consent, silence critics and maintain the status quo.

If the citizenry cannot replace a dysfunctional government and/or limit the power of the financial Aristocracy at the ballot box, the nation is a democracy in name only.

In other words, if the citizenry changes the elected representation but the financial Aristocracy and the Deep State remain in charge, then the democracy is nothing but a PR facade for an oppressive oligarchy.

If the erosion of civil liberties and rising inequality characterize the state of the nation, democracy is both dysfunctional and illiberal. A state that strips away the civil liberties of its citizens via civil forfeiture, a war-on-drugs Gulag and unlimited surveillance may be a democracy in name, but it is at heart an oppressive oligarchy.

If the super-wealthy continue to become ever wealthier while the bottom 95% of the citizenry struggle in various stages of debt-serfdom, the state may be a democracy in name, but it is at heart an oppressive oligarchy.

Zakar’s prettified critique avoided the real worm at the heart of our democracy: the state exists to enforce cartels. Some might be private, some might be state-run, and others might be hybrids, such as our failed Sickcare system and our military industrial complex.

The ultimate role of democracy isn’t to “give the people a voice;” the only meaningful role of democracy is to protect the liberties of individuals from state encroachment, break up cartels and monopolies and limit the corruption of private/public money.

America’s democracy has failed on all counts.

Civil liberties in a nation of ubiquitous central-state surveillance, a quasi-political Gulag (that nickel bag will earn you a tenner in America’s drug-war Gulag) and civil forfeiture (we suspect you’re up to no good, so we have the right to steal your car and cash) are eroding fast.

In America, the central government’s primary job is enforcing and funding cartels. A mere $10 million in lobbying, revolving-door graft (getting paid $250,000 for a speech or for a couple of board meetings) and bribes (cough-cough, I mean campaign contributions) can secure $100 million in profits — either by erecting regulatory/legal barriers or by direct federal funding of the cartel’s racket (healthcare, defense, “National Security,” etc.).

The fact that the corruption is veiled does not mean it isn’t corruption. In the sort of nations Americans mock as fake democracies, the wealthy protect their wealth and incomes with bags of cash delivered at night to politicians.

In theory, democracy enables advocacy by a variety of groups in order to reach a consensual solution to problems shared by everyone. In practice, the advocacy is limited to a select group of insiders, donors and the various fronts of the wealthy: foundations, think-tanks, lobbyists, etc.

Does anyone think America’s democracy is still capable of solving the truly major long-term problems threatening the nation? Based on what evidence?

What we see is a corrupt machine of governance that kicks every can down the road rather than suffer the blowback of honestly facing problems that will require deep sacrifices and changes in the status quo.

We see a dysfunctional machine of governance that changes the name of legislation and proposes policy tweaks, while leaving the rapacious cartels untouched. (See the current sickcare “debate” for examples.)

We see an Imperial Project setting the state’s agenda to suit its own desires, and a corporate media that is quivering with rage now that the public no longer believes its tainted swill of “news” and “reporting.”

When the system is rigged, “democracy” is just another public-relations screen to mask the unsavory reality of oligarchy.