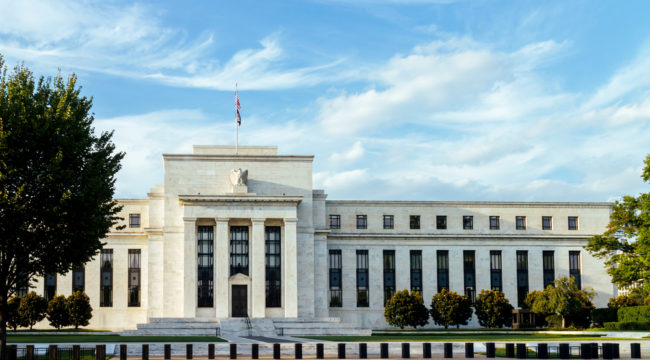 Hope and Change at the Fed?

I’ve been writing from Australia recently, meeting with over 30 of the largest institutional investors and hedge funds in the country.

In addition to giving presentations to these investors about Fed policy and the potential for war in North Korea, I was able to learn quite a bit about their views on both developed and emerging markets.

Traveling to foreign countries and taking the local pulse gives you insights that you can’t get from the papers or TV. You can learn so much from private conversations over drinks or dinner. I then pass along these insights to my readers.

Meanwhile, even when I’m over 9,500 miles from Washington, D.C., it’s hard to escape the news that broke late last week…

That news — which affects investors even here in Australia — is the appointment by President Trump of Jerome “Jay” Powell as new chairman of the Federal Reserve to replace Janet Yellen beginning next February.

My impression of him was that he was highly professional and always acted in the best interests of the Treasury and the taxpayers. He’s smart, has integrity and has had a distinguished career both in public service and in a private capacity at investment funds and think tanks.

Jay Powell is someone who is well liked and well regarded by Republicans and Democrats equally. That’s a rare attribute in today’s deeply partisan political scene.

The most important fact about Jay Powell’s appointment is that there will be no change in monetary policy. As a Fed governor, Powell has never voted against Janet Yellen on any interest rate policy decision.

The only exception to this 1%-per-year tempo is when the Fed takes a “pause” in hiking rates because one part of its dual mandate of job creation and price stability is not being met. Lately job creation has been strong (despite a small hurricane-related dip in September), but the Fed is facing head winds in achieving its inflation goal.

That inflation index has dropped from 1.9% to 1.3% in the past nine months. Every monthly number since December 2016 has been either down or unchanged from the month before.

This is a persistent and material trend in the wrong direction and should be troubling to the Fed as it contemplates its next policy move at the FOMC meeting on Dec. 13. (The Fed did not raise rates at their Nov. 1 meeting; no rate hike was expected.)

Right now the market is indicating more than a 90% probability of a rate hike in December. I’m skeptical of that because of the weak inflation data. There will be one more PCE core data release before the Dec. 13 meeting. That release is due out on Nov. 30.

If the number is hot, say, 1.6% or higher, that will validate Yellen’s view that the inflation weakness was “transitory” and will justify the Fed in raising rates in December.

On the other hand, if that number is weak, say, 1.3% or less, there’s a good chance the Fed will not raise rates in December. In that case, investors should expect a swift and violent reversal of recent trends.

Markets have priced a strong dollar and weaker euro, yen, gold and bond prices based on the expectation of a rate hike in December. If that rate hike doesn’t happen because of weak inflation data, look for sharp rallies in bonds, euros, yen and gold.

My expectation is that the number will be weak, a continuation of the trend since last December. The Nov. 30 data release will tell the tale.