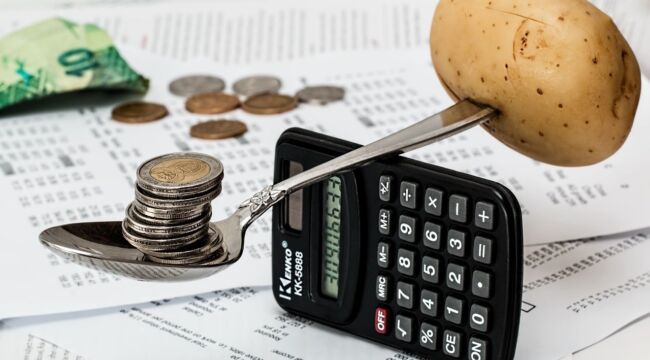 That is because — by a marvelous miracle of God — the economic experts have finally struck bull’s-eye.

They had divined that December’s Consumer Price Index (CPI) would register 7% year over year.

Word came issuing from the United States Department of Labor this morning. December’s CPI did in fact register 7% year over year.

Inflation plowed ahead at its fastest 12-month pace in nearly 40 years during December, according to a closely watched gauge the Labor Department released Wednesday.

The Consumer Price Index, a metric that measures costs across dozens of items, increased 7%, according to the department’s Bureau of Labor Statistics… Economists surveyed by Dow Jones had been expecting the gauge to increase 7% on an annual basis…

The annual move was the fastest increase since June 1982 and comes amid a shortage of goods and workers and on the heels of unprecedented cash flowing through the U.S. economy from Congress and the Federal Reserve.

The December CPI report of a 7% increase over the last 12 months will be shocking for some investors as we haven’t seen a number that high [in nearly 40 years].

The cost of services increased 3.7% year over year. That is the highest rate since January 2007.

Let us now heap Pelion upon Ossa, let us sketch the scene in colors darker yet…

The average man is going backward.

How did the stock market take today’s news? It took the news standing up, rather easily.

However, this print was largely anticipated by many, and we can see that reaction in the bond market as longer-term interest rates are declining so far this morning.

A Refresher on Bonds

Ten years of inflation will reduce their bonds to sawdust.

Thus long-term bondholders demand a sort of insurance. That is, they demand higher bond yields to compensate them for the termite’s mischief, to keep ahead of inflation.

The longer dated the bond, the more compensation they demand.

A 10-year Treasury bond yielding 7% might reel you in, for example. But what if inflation averaged 8% across the same period?

Inflation would gobble your 7% yield — and some more. You would require a 9% yield just to paddle ahead of inflation.

Meantime, you may balk at a 10-year Treasury bond yielding 3%. But if inflation runs at 2%… then your 3% Treasury yields you 1%.

A slender gain, yes. But you escape with a whole skin — and a bit of blubber into the bargain.

Your 3% 10-year Treasury, under these terms, infinitely bests a 7% Treasury if inflation is 8%.

With this brief reminder of bond dynamics in back of us… we must ask why 10-year Treasury yields went sliding down on today’s inflationary news.

Since early December, 10-year yields had been galloping ahead at the briskest pace in 20 years. They attained a peak 1.78% on Jan. 10.

These past two days they have lost their zeal. And so we wonder: Perhaps the bond market rejects the going wisdom that inflation will persist?

Yet it is easier to ask the question than to answer the question. That is because the Federal Reserve’s massive mischief  has distorted the bond market out of semblance.

Its signals are not as true as they once were.

Let us assume for the moment that inflation is up and doing, that it is up upon its legs and on the stretch.

What is the Federal Reserve to do?

The Lowest Real Rates Since the 1970s

It cannot permit inflation to go amok — if only to salvage a rag of institutional self-respect.

It is tasked, after all, with maintaining price stability. Seven of the last nine CPI reports have exceeded consensus estimates.

People are beginning to talk. And so the central bank must act — appearances must be maintained.

They would begin their work at a very, very low level — zero. But the true interest rate, the real rate, the inflation-adjusted rate, is far lower than zero.

Yet headline inflation goes along at 7%. Now go ahead and subtract the inflation rate from the nominal rate.

You learn that the real federal funds rate is negative 7% (0% minus 7%). Not since the 1970s have real interest rates plunged to such impossible depths.

Again, what will the Federal Reserve do? How many rate increases will it declare this year? How will it attack its balance sheet?

We do not know. Yet this we do know: We are profoundly, resolutely, unequivocally with Rabobank’s Michael Every:

“The Fed will be wrong, as usual. The only question is how bad the damage is as a result.”