Here’s How WWIII Could Start

Launch crews stood vigil at their posts that routine Saturday in October. They always do, each and every hour of the 24, 12 months of the calendar… awaiting the signal. The doomsday signal to unleash their Armageddon fires.

But that one October Saturday… something went wrong. Dangerously wrong…

What happened? Was it a glitch?

No one knew. But this they did know: They were suddenly unable to perform their one and only duty — to launch the birds upon presidential order.

But wait. An even more disturbing question started gathering circulation…

Did some doomsday hacker take control of the nukes… to launch himself?

Bruce Blair is a former nuclear missile-control launch officer, USAF. His article, “Why Our Nuclear Weapons Can Be Hacked,” ran in this Tuesday’s New York Times.

And according to him, on that fearful October Saturday, Warren’s missile men feared someone may have breached the firewalls.

As Blair explains, “The missiles were designed to fire instantly as soon as they received a short stream of computer code, and they are indifferent about the code’s source.”

“For all the crews knew,” he continues, raising our hair, “someone had put all 50 missiles into countdown to launch.”

“It was a harrowing scene,” Blair reports, “and apprehension rippled all the way to the White House.”

For nearly an hour, the monitors remained dark. At any time, the silo lids could fling open… the rockets ignite… and the missiles fly.

And once launched, there was no bringing them back.

But then, finally, they figured it out…

A bum circuit card in some computer caused the lockout.

But the incident prompted a harsh examination. And Blair says it exposed a fatal hole in the system, a hole wide enough for a wiggling hacker.

The exam revealed that miscreant hackers could indeed breach the missiles’ internet connections and shut down the missiles’ flight guidance systems. That would take the Minutemen out of commission for days or weeks. During which time they’d be sitting ducks.

But this has Blair posing this nail-biter: “Could a launch be set off by false early warning data that had been corrupted by hackers?”

After all, as Blair reminds us, “the president has only three–six minutes to decide how to respond to an apparent nuclear attack.”

Gnawing his cuticles, Blair answers his own question:

That’s just it. We don’t know. Not according to this former missile guy.

Blair says much of the hardware and software for these systems comes right off the shelf from commercial sources. And it could easily be infected by no-good malware. This lax security “invites an attempt at an attack with catastrophic consequences.”

Now… Trump’s repeatedly raised the issue of cybersecurity (as you may have heard).

And you can bet high that nuclear cybersecurity will get a good hearing. See the proposed spending increase for the National Nuclear Security Administration below as other agencies get the knife: 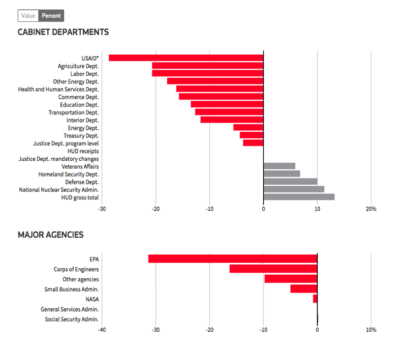 Reassuring. That aside, Trump’s latest proposed budget, out yesterday morning, gives the Department of Homeland Security $1.5 billion for cybersecurity alone.

Or maybe even protecting the world if nuclear hacking’s as serious as they say. 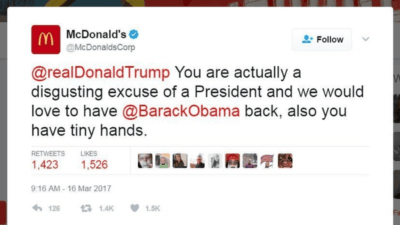 We can only wonder… Is anyone safe from these devils?