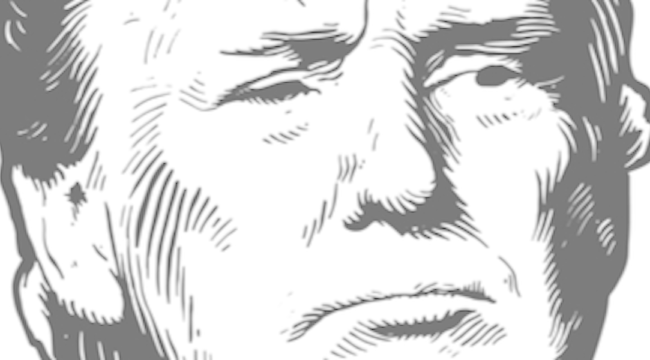 Here’s What the Fed Is Confronting

One of the major drags on the market, besides trade wars, has been uncertainty about Federal Reserve policy. The Fed is deeply divided about interest rates these days. And after Wednesday’s rate cut, many Fed officials believe they’ve already cut rates too much. In fact, I can’t recall a time when the Fed was this deeply divided.

Of course, Powell’s borne the brunt of President Trump’s accusations that the Fed hasn’t been aggressive enough in cutting rates. Trump believes that’s what’s been weighing on the stock market and holding back the economy.

The situation has naturally put Powell between a rock and a hard place. The Fed is supposed to be independent of politics. And Powell doesn’t want it to appear that he’s caving into Trump by lowering rates further.

But given the potential threats hanging over the economy and markets right now, he may feel the need for additional rate cuts, especially if it appears that conditions are getting worse.

I’ve said before that Powell would likely continue to cut rates in that case, despite the appearance that he’s giving into the president.

The stock market naturally wants additional rate cuts, which is why the market reaction to Wednesday’s cut was subdued. But Powell will not throw Wall Street that bone. The forward guidance that markets grew accustomed to under Ben Bernanke and Janet Yellen, in which they essentially told markets what they could expect from the Fed, seems to be over. Markets just aren’t sure of Fed policy right now.

The Fed has strongly implied that these are more “insurance” cuts just to be safe, instead of the beginnings of a cutting cycle.

Right now the market is showing about 75% odds that the Fed will enact an additional rate cut by January. It’s also showing about a 25% chance of two rate cuts.

And now that the European Central Bank (ECB) has cut rates again and announced an open-ended round of quantitative easing, it puts more pressure on the Fed to ease.

The Fed can’t allow rates to remain substantially higher than the ECB’s. That’s largely because investors will flock into dollar-denominated assets in search of higher returns. That’s the reality behind the old saying that money goes where it’s treated best. These inflows into U.S. assets would drive up the dollar, which works directly against the Fed’s (and Trump’s) desire for a weaker dollar.

That’s a direct example of why the major central banks do not operate in isolation. They’re deeply interconnected in today’s globalized world, and each must react to the other’s policy moves. Otherwise, it could create destabilizing money flows and instability within the financial system.

Right now, there are just so many points of uncertainty in the markets, both within the U.S. and the global economy overall.

During 2017, a large part of the global economy was enjoying what appeared to be a sustained period of growth. Large advanced economies like the U.S., the EU and China were bustling and many emerging-market countries were healthy.

In 2018, that trend all but reversed. And the “globally synchronized growth” that all the experts were gloating about turned out to be a mirage. Uncertainty crept into stock and bond markets, along with economies around the world. China’s economic growth, for example, fell to its weakest level since 2009.

What emerged was a growing fear that the future could be gloomier than many analysts, governments and central bank leaders had anticipated. In 2019, that trend is still in place.

Europe is slowing and may be entering recession. U.S. GDP is still growing and probably will for the remainder of the year. But it could all come unglued after that.

Economists Nouriel Roubini and Brunello Rosa have listed ten reasons why 2020 could be the year of the next financial crisis. They range from the economic to the geopolitical triggers. The main four reasons are:

When you add it all up, it means the Fed will likely be cutting rates going forward and possibly reintroducing some form of quantitative easing, despite its suggestions that its recent rate cuts don’t represent a trend. The Fed is realizing that economic growth is slowing and is cutting rates as a precaution.

But Jerome Powell will still do his best to keep the bubble going, which will only prolong the day of reckoning and make it worse, whenever it comes.

Kicking the can down the road is a lot easier than threatening the status quo. It all comes back to “dark money.”

As I’ve argued repeatedly, dark money is the #1 secret life force of today’s rigged financial markets. It drives whole markets up and down. And it’s the reason for today’s financial bubbles.

Dark money comes from central banks. In essence, central banks “print” money or electronically fabricate money by buying bonds or stocks. They use other tools like adjusting interest rate policy and currency agreements with other central banks to pump liquidity into the financial system.

To be a part of the dark money elite means to have control over many. I learned this firsthand from my career on Wall Street. My first full year working on Wall Street was in 1987.

Eventually, I would uncover how the dark money system works, how it has corrupted our financial system and encouraged greed to the point of crisis like in 2008.