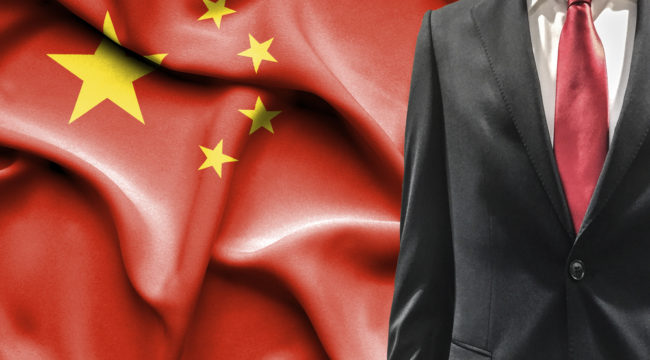 Here’s Who Made a Killing From The “Trump Panic”…

We live in a world of false narratives…

The media and the elite chattering class routinely use their megaphones to manufacture fear and crises for their benefit.

We saw this in the recent U.S. presidential election.

They told us if Americans stuck with their status-quo candidate Clinton, all would be fine. Smooth sailing ahead.

But if we rolled the dice on the firebrand Trump, we’d be dealing with a “Mad Max” world overnight.

The fear mongering worked for a bit…

Dow Jones futures tanked more than 700 points when a Trump victory became certain on election night Tuesday. And overseas markets cratered on the news on Wednesday.

But there was one group of investors who didn’t take the bait.

And they made a killing because of it…

Chinese investors have a reputation for being impulsive. But they were remarkably calm and levelheaded in the wake of Trump’s shocking victory.

Instead of accepting the conventional wisdom that you needed to exit stocks if Trump won, many Chinese investors went on a buying spree as stocks got battered in Hong Kong.

And it was all because of Brexit…

“Brexit has taught us how to deal with black swans,” said Robert Di, Shanghai-based founding partner of investment firm RPower Capital, referring to the surprising British vote to leave the European Union that triggered panic selling worldwide, only to be followed by sharp rebounds.

“A lot people were caught unprepared by Brexit, but this time, many had been waiting for that sort of golden buying opportunity, which is why it’s so short-lived.”

Ignoring the media’s false narrative about Trump was immensely profitable for Chinese investors as Hong Kong stocks recovered most of their Wednesday losses on Thursday, eventually hitting a 10-month high.

If you make bets with your money on what the media and the chattering class try to get you to believe, you’re going to lose your shirt.

First, they have no idea what the hell they’re talking about. They’re predictions are wrong all the time.

And second, their agenda is to cement their own power. They have little interest in helping you make informed, wise decisions with your money.

Chinese investors learned this lesson quickly after Brexit. But will this wisdom become more widespread during the next manufactured panic?

That’s a topic I discussed in my recent podcast, along with the real story behind the shocking Trump triumph.

You don’t want to miss this one. But be warned, it’s not for the faint of heart.

In this podcast episode, I reveal…

No winner yet… The one clear loser in the election…