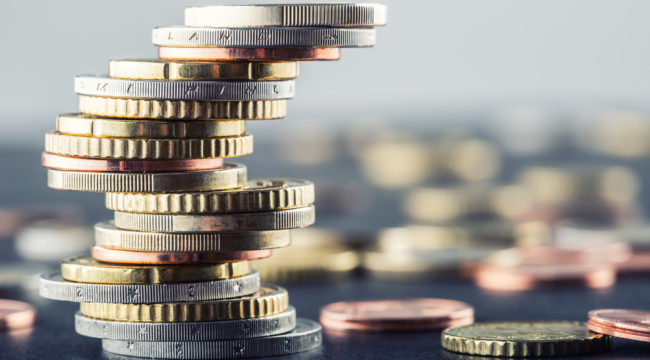 Here’s Who Made a Killing From Brexit…

After Brexit, you’d think by the 24/7 media blathering that anyone in the markets got wiped out…

The media reported that European stocks closed Friday with huge losses, with some seeing the steepest drop since 2008. Stocks in Asia and the U.S. also fell sharply, with the Dow Jones Industrial Average sinking 610 points.

According to Standard & Poor’s, more than $2 trillion of stock market value was wiped out, surpassing the turmoil of Lehman Brothers’ bankruptcy in 2008.

Brokers, financial advisors and media hacks will tell you that no one made money last Friday.

They’d have you believe that everyone was “buy and hold” only… and then wandering the streets begging for spare change after the Brexit carnage.

But guess what? That’s a bald-faced lie.

Some made a killing from Brexit…

While the media was hyping Brexit’s losers, there were a number of sectors that thrived during the panic.

Gold prices soared to a two-year high on Friday, closing at $1,322. My Trend Following subscription service gold miner recommendation Barrick Gold (NYSE:ABX) was up a stout 6%.

Bottom line, there were a number of ways to prosper from Brexit.

But here’s the critical point…

The post-Brexit winners were mostly sectors that were already in an uptrend, which is why trend following traders did so well last Friday.

Once these big market shifts happen, they tend to boost already established trends that trend following systems have clearly identified.

That’s why trend following is so successful during major market events. For example, when Lehman Brothers collapsed in 2008, stocks were already in a downtrend… and safe-haven assets were already in an uptrend.

Trend followers were already riding those waves when Lehman hit. And they made a fortune during the final trigger moment when everyone else was getting crushed.

That’s not the only reason trend following thrives in times of wild price swings. Here are two more…

1) Trend followers make money from many different markets… from oil to bonds to currencies to stocks to commodities. There are always sectors trending higher when others are trending lower.

A perfect investment example of this is David Harding, the billionaire founder of Winton Capital Management and one of the world’s most successful trend following traders.

Interestingly, David supported “remain.” He donated millions to a group that tried to persuade Brits to stay. But his support for that cause never interfered with his programmed trend following system.

And that’s why the Winton Diversified fund gained 3.1% on Friday when most of the rest of the world’s big funds were licking their wounds. David trusted his system and was a big winner.

And he wasn’t the only trend follower that was…

Mulvaney Capital, a trend following hedge fund with hundreds of millions in assets under management, was up 17% on Friday, marking its best day ever. And ISAM’s Systematic Master fund, co-launched by my friend Larry Hite, gained 4%.

Look, millions of people lost trillions of dollars when their long-held “buy and hold” strategies imploded last Friday. But not trend followers.

However, the winners are always missing from the mainstream media post-game analysis.

The media has to stay fixated on the losers and the dramatic narratives they create. They must keep the fear gauge for the masses on high at all times.

The media’s mission is to keep investors conditioned to believe that there’s only one way to invest: Trust the Fed, no questions asked. That means making sure average investors accept big losses inside stock market meltdowns every five years as the unavoidable part of the game of having daddy government running their lives.

But again, that’s simply not the only way to invest…

Trend followers have been making big money in up and down markets for literally decades… and that’s in every type of market condition imaginable.

Look, you can’t protect yourself from the next big event, surprise or crash after it happens. You have to act now before the next big one hits.

And if you’re willing to break free from the propaganda slopped onto your plate by Wall Street, the media and government bureaucrats, you have the chance to avoid “cat food retirement.”