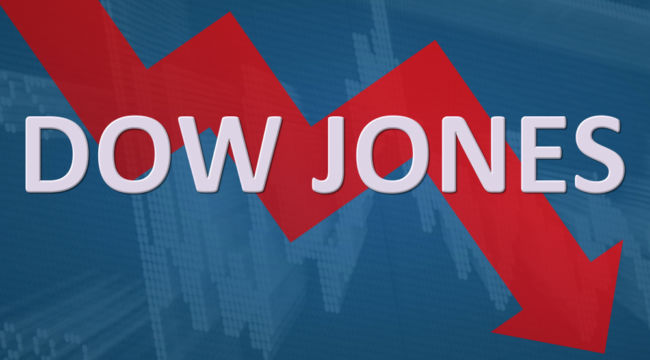 The stairs up… and the elevator down.

Through Presidents Day, the stock market was trading at record heights — and pacing for a 20% year.

Not two weeks later… that same market is enduring its worst yearly start since 2009.

As we razzed on Monday:

The stock market is an ingenious device constructed to inflict the greatest suffering upon the most people within the least amount of time.

And it is performing exquisitely to specification.

We would normally report the whys and wherefores. But you are fully aware of the reasons. And we are precious tired of discussing the coronavirus.

The Dow Jones plunged another 1,191 points today. Never in its history has it hemorrhaged so many points in a single day.

On the way down it crossed into “correction” for the first instance since December 2018.

A correction — commonly defined — is a 10% decline from the market’s most recent heights.

And there you have it. From record highs to correction… in a mere six days.

The fine people of NatAlliance Securities inform us of the following:

Only once in history has the market plunged from record heights to correction in six days: 1928.

“In other words,” Zero Hedge reminds us, “the only other time the Dow Jones entered a correction this fast from an all-time high was months before the start of the Great Depression.”

Meantime, the S&P plummeted another 138 points today. The Nasdaq, 414.

Both indexes have likewise entered correction.

How Come Stocks Only “Correct” Lower?

Stocks are never said to “correct” higher. Only lower.

That is, corrections run in one direction only — down.

Is not an undervalued market by definition… incorrect?

Then should not an accurate reappraisal — a rising market — represent a correction?

But in the popular imagination it does not. Corrections only correct downward.

Here is our theory…

Getting Away With Something

The term is a subconscious recognition of the market’s tendency to overexcitement, of its constant efforts to slip its leash…

Of the animal spirits’ chronic ambition to go amok.

When the market rampages, a fellow is dizzied by the thrill of it. And so he lets go. He lets his throttle out.

But he is besieged by an inner suspicion. A suspicion, that is, that he is getting away with something…

It is as if his employer has mistakenly added a zero to his paycheck. Or that he has come into possession of stolen property. Or that the mailman has left the neighbor’s package at his door.

He knows he must hand it back.

And so comes the correction — the inevitable correction. He knows he must hand it back.

He is presently handing it back royally… incidentally

Thus conclude our reflections on the word “correction.”

But no more windy philosophizing today, no more aimless woolgathering.

Let us instead return to the drama unfolding before us…

The “Yield Curve” Is Inverted Again

The inrush crushed 10-year Treasury yields to another record low this morning — 1.27%.

And plunging bond yields are omens of economic distress, of a lean season ahead.

Meantime, a telltale segment of the “yield curve” is once again inverted…

In a healthful economy it would not.

An Omen of Lean Times

Recession was the invariable consequence — six times of the six — a 1,000% batter’s average.

And it is the Federal Reserve that sets interest rate policy.

Will Mr. Powell and his mates swing into action next month?

The market presently places 76.4% odds on a March rate cut (of 25 basis points).

76.4% is plenty handsome when you consider these facts:

Meantime, we understand some option traders are wagering high on an even deeper cut — perhaps 50 basis points.

The former president of the Minneapolis Federal Reserve even argues Mr. Powell should not wait for the March meeting. The present dangers are too great.

We are convinced rate cuts are pending. We hazard 25 basis points — but we allow for 50.

But will rate cuts meet their advertising?

The coronavirus has pushed Goldman Sachs to slash its first-quarter GDP forecast… to a guttering 1.2%.

But our own Charles Hugh Smith fears far worse. Charles is up on his rooftop today, shouting about a looming “economic cataclysm.”

And the Federal Reserve cannot steer it off course:

Many of the new jobs created in the U.S. economy over the past decade are in the food and beverage services sector, the sector that is immediately impacted when people decide to lower their risk by staying home rather than going out to crowded restaurants, theaters, bars, etc.

Cannot the Federal Reserve make them whole? No, says Charles:

Central banks can borrow money into existence but they can’t replace lost income. A significant percentage of America’s food and beverage establishments are financially precarious, and their exhausted owners are burned out by the stresses of keeping their business afloat as costs continue rising. The initial financial hit as people reduce their public exposure will be more than enough to cause many to close their doors forever.

What about the corporations?

A significant percentage of America’s corporations are financially precarious, dependent on expanding debt and rising cash flow to service their expanding debt load. Any hit to their revenues will trigger defaults that will then unleash second-order effects in the global financial system.

The global economy is so dependent on speculative euphoria, leverage and debt that any external shock will tip it over the cliff. The U.S. economy is far more precarious than advertised as well.

The economic storm hasn’t passed; the false calm is only the eye of the financial hurricane.