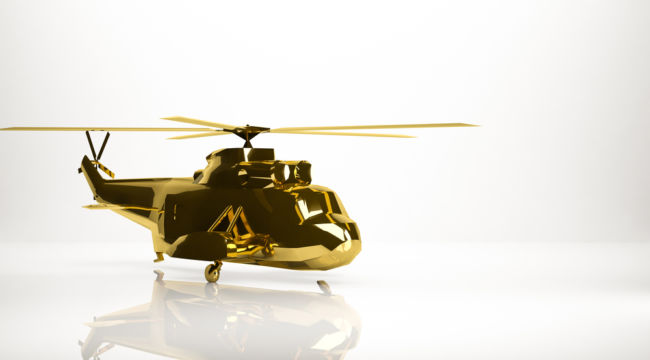 In recent decades, the Fed has engaged in a series of policy interventions and market manipulations that have paradoxically left it more powerful even as those interventions left a trail of crashes, collapses and calamities.

This contradiction between Fed omnipotence and Fed incompetence is coming to a head. The economy has been trapped in a prolonged period of subtrend growth. I’ve referred to it in the past as the “new depression.” And the Fed has been powerless to lift the economy out of it.

The best definition ever offered came from John Maynard Keynes in his 1936 classic, The General Theory of Employment, Interest and Money. Keynes said a depression is, “a chronic condition of subnormal activity for a considerable period without any marked tendency towards recovery or towards complete collapse.”

That is the meaning of depression. It is not negative growth, but it is below-trend growth.  And growth under Trump has been no greater than it was under Obama.

The bigger problem is there’s no way out, as I said. One manipulation leads to another. My greatest fear is that the U.S. is becoming like Japan, which has used every trick in the book to no avail.

In my 2014 book, The Death of Money, I wrote, “The United States is Japan on a larger scale.” That was six years ago now.

Japan started its “lost decade” in the 1990s. Now their lost decade has dragged into three lost decades. The U.S. began its first lost decade in 2009 and is now entering its second lost decade with no real end in sight.

What I referred to in 2014 was that central bank policy in both countries has been completely ineffective at restoring long-term trend growth or solving the steady accumulation of unsustainable debt.

Now in 2020, central banks have been cutting rates again, as the trade war and slowing global growth have policymakers considering the implications of a new recession without the firepower they need. As things stand, the next recession may be impossible to get out of. And the odds of avoiding a recession are low.

The only way out is for the Fed to guarantee inflation “whatever it takes.” Nothing else has worked. So why not try a more active fiscal policy? Why not load the helicopters with cash and dump it out over Main Street?

First, we need to understand what helicopter money is, and what it isn’t.

The image of the Fed printing paper money, and dumping it from helicopters to consumers waiting below who scoop it up and start spending is a popular, but not very informative way to describe helicopter money.

In reality, helicopter money is the coordination of fiscal policy and monetary policy in a way designed to provide stimulus to a weak economy and to fight deflation.

Helicopter money starts with larger deficits caused by higher government spending. This spending is considered to have a multiplier effect. For each dollar of spending, perhaps $1.50 of additional GDP is created since the recipients of the government spending turn around and spend that same money on additional goods and services. The U.S. Treasury finances these larger deficits by borrowing the money in the government bond market.

Normally this added borrowing might raise interest rates. The economic drag from higher rates could cancel out the stimulus of higher spending and render the entire program pointless.

This is where the Fed steps in. The Fed can buy the additional debt from the Treasury with freshly printed money. The Fed also promises to hold these newly purchased Treasury bonds on its balance sheet until maturity.

By printing money to neutralize the impact of more borrowing, the economy gets the benefit of higher spending, without the headwinds of higher interest rates. The result is mildly inflationary offsetting the feared deflation that would trigger helicopter money in the first place.

It’s a neat theory, but it’s full of holes.

The first problem is there’s not much of a multiplier at this stage of the U.S. expansion. The current expansion is already the longest in U.S. history. It’s also been the weakest expansion in history, but an expansion nonetheless. The multiplier effect of government spending is strongest at the beginning of an expansion when the economy has more spare capacity in labor and capital.

At this point, the actual multiplier is probably less than one. For every dollar of government spending, the economy might only get $0.90 of added GDP; not the best use of borrowed money.

The second problem with helicopter money is there is no assurance that citizens will actually spend the money the government is pushing into the economy. They are just as likely to pay down debt or save any additional income. This is the classic “liquidity trap.” This propensity to save rather than spend is a behavioral issue not easily affected by monetary or fiscal policy.

Finally, there is an invisible but real confidence boundary on the Fed’s balance sheet. After printing $4 trillion in response to the last financial crisis, how much more can the Fed print without risking confidence in the dollar itself?

Quantitative tightening brought the balance sheet back down to $3.8 trillion. But now it’s over $4 trillion again, as the Fed has added hundreds of billions to its balance sheet since September, when it starting shoring up short-term money markets. It’s basically been “QE-lite.”

Modern monetary theorists and neo-Keynesians say there is no limit on Fed printing, yet history says otherwise.

Importantly, with so much U.S. government debt in foreign hands, a simple decision by foreign countries to become net sellers of U.S. Treasuries is enough to cause interest rates to rise thus slowing economic growth and increasing U.S. deficits at the same time.

If such net selling accelerates, it could lead to a debt-deficit death spiral and a U.S. sovereign debt crisis of the type that hit Greece and the Eurozone periphery in recent years.

In short, helicopter money could have far less potency and far greater unintended negative consequences than its supporters expect.