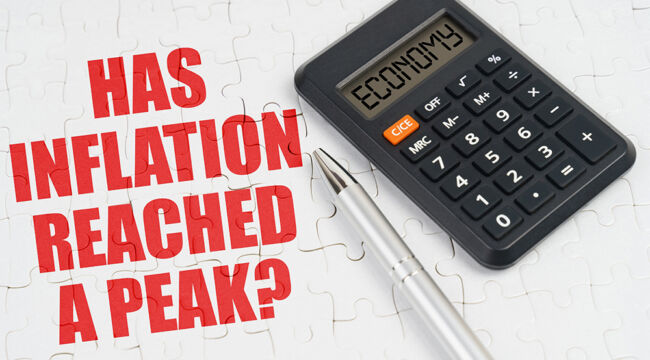 Today we rinse politics from our hair — the Lord be thanked — and retrain our focus on markets.

The stock market was up and away today. The Dow Jones jumped a jaunty and jubilating 1,201 points.

The S&P 500 and Nasdaq Composite enjoyed parallel joyrides, the former up 207 points today, the latter up 760.

All is joy. Yet why?

Inflation has evidently lost a bit of its roar…

October’s consumer price index rose just 0.4% for the month and 7.7% from a year ago, its lowest annual increase since January and a slowdown from the 8.2% annual pace in the prior month. Economists were expecting increases of 0.6% and 7.9%, according to Dow Jones. Excluding volatile food and energy costs, so-called core CPI increased 0.3% for the month and 6.3% on an annual basis, also less than expected.

Inflation Is Still Robbing You

You might bellyache that 7.7% year-over-year inflation still represents a 7.7% larceny of your money. You would be correct.

And it is our sincere regret to inform you: Today’s report reveals that real wages have retreated for the 19th consecutive month.

A 7.7% larceny is nonetheless a lesser larceny than an 8.2% larceny. And Wall Street is alert, keenly, to silver linings.

These hopes found expression in the bellwether bond market. CNBC:

Treasury yields plunged after the CPI report, with the 10-year Treasury yield falling more than 18 basis points to [3.946%] as traders bet the Federal Reserve would slow its aggressive tightening campaign that’s weighed on markets all year.

Interest rates are still running everything in markets. With today’s CPI number coming down, the market is now betting pretty clearly that they think the interest rate [rises] are coming close to an end.

Only yesterday those odds read 56.8%.

Today those odds plummeted to a wishful and hopeful 14.6%.

Yet as we are fond to note, statistics are lovely liars. Does today’s inflation report truly draw an accurate sketch? Or does it distort rather than clarify?

We would remind you that nearly two-thirds of consumer spending channels not into goods — but into services.

These include rent/shelter. Health insurance. Automobile insurance. Travel and recreation in their various manifestations — to list some.

The New Driver of Inflation

We learn today that services costs presently run at their highest level since 1982. These costs are racing plenty ahead of consumer goods costs.

How do you like it? Does it comfort you that gasoline prices decline if jumping rent and insurance costs wash away your gasoline savings?

The weight lifts from your one shoulder merely to land upon the other. Instead of listing to starboard you list to port. You are listing nonetheless.

In brief: Inflation is far from licked — it is simply on the move.

What is the Federal Reserve to make of today’s report?

The Fed Will Need to See More

That is, the Federal Reserve remains substantially “behind the curve.” It still has a fantastic chase on its hands before catching even.

We therefore hazard Mr. Powell and mates will require additional evidence of moderating inflation before they “pivot.”

Jim Rickards is with us:

No Pivot for Some Time

Like the market itself, we believe the Federal Reserve will abandon its present warpath — only not yet.

They will come back into camp only after this year’s unprecedented rate increases work their way through the economic machinery.

Monetary policy generally runs to perhaps a nine-month lag, or approximately so. You can therefore expect the March rate hike to affect business next month.

The subsequent rate hikes — including this month’s — will pack substantially greater wallop. They will likely suck the economy into recessionary whirlpools by spring.

Not Even Recession Will Induce the Fed to Pivot?

But Jim Rickards is far from convinced that even recession will back off the Federal Reserve. Inflation may induce a “pause,” but no pivot — not until they have inflation securely by the collar:

The U.S. economy, especially the housing market, is in bad shape heading into 2023… The Fed already knows a recession is coming. Their job is to kill inflation and inflation has proved more persistent than expected. Even if the Fed stops raising rates in March 2023, it will not cut rates until 2024 as long as core inflation is above 2.0%.

In reminder, core inflation runs to 7.7%… officially at least.

7.7% inflation is miles and miles distant from 2.0% inflation. We therefore caution Wall Street against jubilance.

If Jim Rickards is correct — no rate cuts until 2024 — we must assume Wall Street is in for heavy weather next year… despite today’s beautiful bounce.

Of course, as we repeat plenty: Climate is what a fellow can expect. Weather is what he actually gets.

Jim’s climate-reading is bleak to a degree. Yet the weather may turn increasingly in the market’s favor. And the Federal Reserve may begin to blow the clouds away.

We simply do not know.

Yet prudence demands we remain outfitted for heavy weather. We are wagering on the climate over the weather.