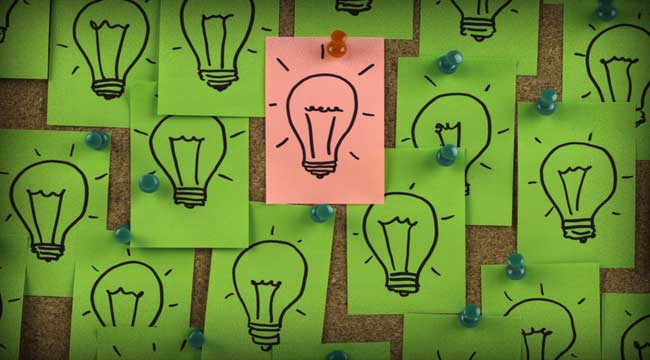 The writings of H.L. Mencken — the Sage of Baltimore, the home of Agora Inc. — have been a constant companion for me since the start of my writing life. The brilliance, the language, the insight, the derring-do opinionating, the history, the astounding literacy — it’s all here, and it all flows seemingly without limit. All these features are combined in one mind and life, yet none of these features is the reason why it is important to read Mencken. The most important reason is that Mencken assists in the great struggle to free yourself from intellectual conventions and become a mature observer of the world.

To mature means to gradually let go of dependence on others and to depend on your own resources. It also means to accept responsibility for the judgments you make, and not slough them off on other people. It is the same with thinking. To mature means to break loose from canned forms of thought that you once accepted without question, and instead see the world for what it is. It is the essential step toward living a free life.

Modern American democracy seems to war against this kind of maturation. Take a look at the best-selling political and financial books on the conventional lists. Their goal is to play to your biases, to bring you the comfort of having something you already think reinforced. In politics, it means cheering for party X over party Y on grounds that you accept ideology X over ideology Y. There simply is no large market for people who accept some of each or reject both.

In finance, it means believing that the world is either progressively coming together or falling apart. The evidence to support this either/or proposition is assembled in order to confirm as true what you would otherwise think.

This is the easy path. But it is not obtaining maturity. It is not thinking for yourself. It is dependence. It consists in shaping your thinking to a model forged by others. People who read only this way imagine that they are educating themselves. Actually, they are only gorging themselves on settled conventions.

If we really want to think hard and maturely, we need to encounter ideas that cause some element of discomfort. We need to leave our comfort zones and imagine that perhaps the mob is not as smart as people say. Maybe we can only find the truth of a situation in an opinion that cuts against the grain, is not represented by political party, and departs radically from settled orthodoxies. When we realize this, we enter on the road to intellectual maturity.

The thinkers and writers who can assist in this process are few. When they do appear, they disappear just as quickly for lack of champions. I fear this might be the fate of H.L. Mencken. For decades, he was there to stir the pot and work against mob opinion. This is why he opposed U.S. entry into World War I. This is why he was a literary progressive in times when most people were stuck in the past. This is why he ridiculed Prohibition when the entire Northeast religious and government establishment thought it was a brilliant idea. This is why he never shrank from flailing orthodoxies that were accepted by nearly everyone.

Throughout his career, as soon as he found a solid bloc of champions, he would lose them just as quickly. He was uncomfortable with popularity, assuming it was a sign that he needed to shake things up a bit. For example, by the late 1920s, he was the darling of the literati and the toast of the town. His attacks on the Hoover administration kept him in good graces, but then he turned his eye toward Franklin Roosevelt and ridiculed the New Deal for the monstrosity that it was. His support peeled away, and he once again found himself alone. He further dissented on the second charge for war in his lifetime and permanently fell out of favor.

Mencken was a champion of the individual, of rationality, of the human mind in a century of collectivism of many sorts. This is why he seriously doubted that individualism could triumph in an era of mass political and religious manias. As his American Credo showed, he understood American culture as few others before or since have. He loved this country and its multifarious cultures, but he also saw that there was an intractable problem that would prevent America from ever achieving its hope. That flaw he summed up with the word “puritanism.” He was referring not so much to a narrow religious sect, but to an outlook on life that sought the destruction of sin and imperfection and, in so doing, warred against human volition and freedom itself.

Mencken never sought to bring comfort to his readers. He sought to disturb and dislodge biases, pointing to uncomfortable truths about the world around us. In this sense, he was one of the few truly independent thinkers of the last century. He left a mighty legacy that allows us to study under him — not so much the specifics of what he said, but rather how he thought. Everyone who seeks to live a freer, happier, and more prosperous life can now look to him as an example of what it means to exercise truly independent thinking. To be his student means to be grounded even as those around you are being buffeted about by the winds of public opinion and political manipulation.