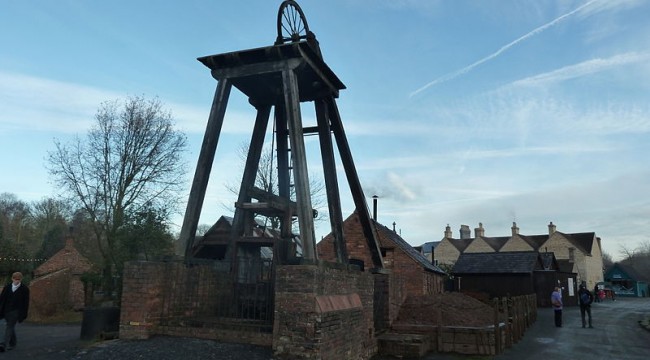 Greece is the Canary in the Coal Mine

This is an “Amber Alert” day in the markets. “Greeks Line Up at Banks; ATMs Run Dry” was the headline over at the Drudge Report. Versions of it ran throughout the financial media. Greece is the canary in the coal mine for what could one day happen to your savings. You’ll recall our prediction: In a crisis, banks will move fast to block access to your money. First, they will limit withdrawals. Then they will either close their doors or run out of cash.

You’ll recall our prediction: In a crisis, banks will move fast to block access to your money.

First, they will limit withdrawals. Then they will either close their doors or run out of cash.

The showdown going on there for months is reaching a climax.

The Greek government has announced it will put creditor demands to a popular vote.

“Hey, how do you feel about paying our national debt?” they’re going to ask the hoi polloi.

And how do you think the hoi polloi are going to respond?

The best guess is they’re going to say: Let’s not.

Which will leave the banks cut off from new funds… and short of old ones.

Smart depositors figured this out long ago. They took their money out of Greek banks. But the rest of the people are now wising up. In effect, they’re voting with their money – getting it out while they still can.

Naturally, the banks tried to protect the money that isn’t theirs. Piraeus Bank and Alpha Bank limited the amount you could take out. All you could get from a Piraeus ATM, for example, was €600 ($667).

This made people more eager than ever to get their hands on their money. Lines formed at ATMs on Saturday. One banker estimated that €110 million ($122 million) left the banks by 11:30 a.m.

Not all banks are open on Saturday. But even those that were normally open stayed shut.

And now Greek prime minister Alexis Tsipras says Greek banks will be shut, and that capital controls will be imposed, until July 7.

Greeks will only be allowed to take out a maximum of €60 ($67) a day. And they’re banned from moving their savings to accounts outside of Greece.

The sense of panic and impending doom over the weekend was heightened, as the Chinese government took action to halt a stock market plunge.

In the last two weeks, the Shanghai Composite Index has lost 20% of its value. That’s the equivalent of the Dow losing 3,600 points. It’s the kind of thing that makes investors nervous. Or desperate.

If that happens in the U.S. – which it surely will – you can bet your bippy that the feds will intervene. The Chinese are doing the same. They’ve just cut the central bank lending rate to the lowest level ever.

Will that do the trick?

From John Rubino at DollarCollapse.com:

China, meanwhile, has spent the past couple of decades directing an infrastructure build-out that in retrospect was maybe twice as big as it should have been.

Now it’s fiddling with all kinds of imperfectly understood fiscal and monetary levers, trying to maintain a 7% growth rate that is looking more and more fictitious.

Here again, the best way to deal with a bubble is to not let it happen in the first place. The second best way is to let it pop and allow the market to clean up the mess.

The absolute wrong way to manage a bubble is to intervene from the top to keep it going. Look where that has gotten Japan and the U.S.

Jim Rickards shows you how the U.S. could seize China’s Treasury holdings and convert them to a trust fund to help COVID-19 victims…