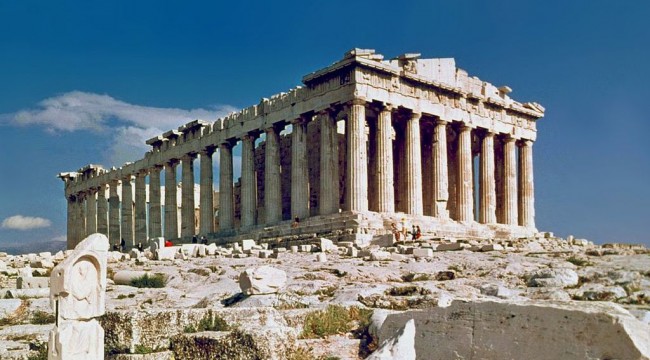 What is representative democracy but organized bribery on a mass scale?

What are promises of endless swag but lies cloaked in magical thinking?

The magical thinking has many manifestations: the aptly named Laffer Curve, used to justify cutting taxes to the already-wealthy; entry into the Eurozone, a magical land of unicorns and endless prosperity, based not on hard work and the creation of value, but on membership alone; the blowing of serial asset bubbles in real estate and stocks (works equally well in Asia and the West), and various iterations of Manifest Destiny: it’s our right to grow rich, preferably on the labor and resources of others.

Representative democracy offers choices with no consequences: no matter which politico and party is elected, the promises of endless swag remain unchanged.

In contrast, direct democracy offers choices with consequences: voters make a choice of policies that, whether intended or not, have consequences.

This forces voters to actually ponder consequences rather than indulge politico promises of endless swag in return for supporting a corrupt, predatory, parasitic status quo that benefits the few at the expense of the many.

Even direct democracy is easily corrupted by magical thinking. The actual consequences may be ignored in favor of magical-thinking dreams of only good consequences and no trade-offs or sacrifices, all powered by the magic of debt.

The most potent of all political fantasies is that growth will solve every problem, i.e. we can grow our way out of corruption, artifice, lies, kleptocracy and most importantly, out of debt.

And so now, at long last, the Greek people have a direct say on whether they prefer magical thinking (i.e. that a debt-based, Elite-ruled kleptocracy can produce endless swag for all as long as the kleptocracy is within the European Union) or the real world of trade-offs, opportunity costs, sacrifices and broad-based growth that must be earned by producing more than is spent and investing the surplus in productive assets rather than being squandered on interest payments for past consumption.

Direct democracy is an outrage to politicos, Elites, state bureaucracies, vested interests and kleptocracies, because the people might refuse to be bribed by magical thinking promises.

Elected representatives and the public can both be bribed or threatened into compliance, but when the promises of endless debt-based swag for all fade, it’s the people who bear the consequences, not the politicos.

There are no guarantees that the people will choose more wisely than their representatives. The masses can choose magical thinking over reality, too. But with direct democracy, at least the people have an opportunity to choose wisely.

Regardless of what the Greek people choose, at least the choice will be theirs, along with the consequences.