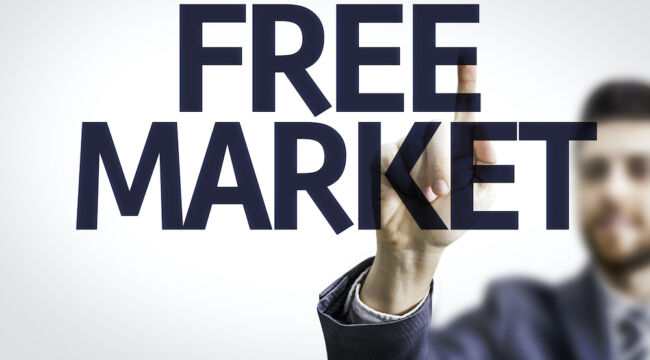 Fremdschämen is a noun of the German language. It translates this way:

Today we suffer embarrassment for Mr. Jerome Powell and his fellows of the Federal Reserve…

For no action they take lowers their heads in shame… or blushes their cheeks with embarrassment.

Mr. Powell is simply in the hands of Wall Street… and on his knees to Wall Street.

Well does he know the taste of shoeblack.

Yesterday Mr. Powell got a fresh coat on his tongue. Details to follow.

But first, let us look in on his masters…

A Banner Day on Wall Street

The Dow Jones jumped an additional 582 points. The S&P gained 58 points; the Nasdaq, 169 points of its own.

Stocks rose on Tuesday as a record jump in retail sales — coupled with positive trial results from a potential coronavirus treatment and hopes of more stimulus — sent market sentiment soaring.

Government number-torturers reported this morning that May retail sales jumped a record 17.7%.

The chronically erring Dow Jones survey of economists had projected a 7.7% increase.

Yet we are not surprised by the surge. April’s numbers were true abominations. But certain economic restrictions were waived in May.

A trampolining back was therefore expected.

Meantime, a medicine named dexamethasone — a widely available medicine — is evidently effective in the treatment of deathly ill coronavirus patients.

Thus the market had its spree today. But it merely added to yesterday afternoon’s joys…

The Dow Jones had been off 762 points in early trading yesterday, quaking with coronavirus-related fear.

But then Mr. Powell sank to his knees… and tongued Wall Street’s wingtips…

For the Federal Reserve announced it intends to purchase individual corporate bonds — not merely ETFs.

By its own admission, it will:

Begin buying a broad and diversified portfolio of corporate bonds to support market liquidity and the availability of credit for large employers.

We will not burden you with the plan’s intricacies. You need only know this:

Fears about the rising number of reopening coronavirus hotspots and economic threats were superseded by unbounded joy as the Fed announced it will buy secondary market corporate bonds direct[ly] rather than through ETFs, without any need for companies to certify their eligibility. That pressed the risk-on button — and markets recovered.

And so the free market sinks deeper into oblivion:

What has all this QE Infinity and ZIRP interest rates created?… Where market prices have become meaningless as a result of financial asset inflation? Where junk bonds are priced like AAA securities, allowing private equity funds to thrive?

I am beginning to wonder if there is any point in thinking about markets any more… Just follow the central banks… don’t think. Just buy.

We think the proper advice might rather run this way: “Don’t buy. Just think.”

Yet we do not dispense financial advice.

Our own Nomi Prins penetrates to the core of yesterday’s message. Nomi rings dead center when she says:

As if the Fed hasn’t done enough to destroy honest markets, now it plans to start buying individual corporate bonds. It’s just another step closer to the Fed deciding the winners and losers in the market.

Thus the Federal Reserve is a referee who has taken a bribe, a butcher who thumbs the scales, a rogue, a traitor to justice.

A central banker with a conscience might lower his head in shame… and a red flush of embarrassment might stain his cheeks.

Yet Mr. Powell holds his head high and puffs his chest, proud as any peacock.

His cheeks, meantime, are pale.

“From Lender of Last Resort to Stockjobber”

The Federal Reserve was originally fashioned to be the “lender of last resort.” Yet that designation is presently a cruel and mocking jest.

It has passed from lender of last resort to stockjobber.

Economist Thomas M. Humphrey is the author of Lender of Last Resort: What It Is, Whence It Came, and Why the Fed Isn’t It.

While there exists such an entity as the classical lender of last resort (LLR) — the traditional, standard LLR model, to be exact — the Fed has rarely adhered to it… The Fed has deviated from the classical model in so many ways as to make a mockery of the notion that it is an LLR. In short, the Fed may be many things, crisis manager included. But it is not an LLR in the traditional sense of that term.

What is the proper function of the central bank, by Humphrey’s lights?

As summarized by Wikipedia, a central bank exists to:

(1) protect the money stock instead of saving individual institutions; (2) rescue solvent institutions only; (3) let insolvent institutions default; (4) charge penalty rates; (5) require good collateral; and (6) announce the conditions before a crisis so that the market knows exactly what to expect.

A word of explanation, perhaps, on “penalty rates.”

The central bank should charge interest rates above the market rate.

Otherwise the central bank would be a lender of resort — not the lender of last resort.

A high rate further encourages debtors to retire their debts rapidly… to shake loose the heavy burden as soon as circumstances allowed.

Yet what does the Federal Reserve’s actual record reveal?

That is, the Federal Reserve takes sound central banking and knocks it 180 degrees out of phase.

Yet the Federal Reserve’s professional pride is unruffled. It displays no embarrassment, no shame at a job done wrong.

In fact, it believes it is a job done right…