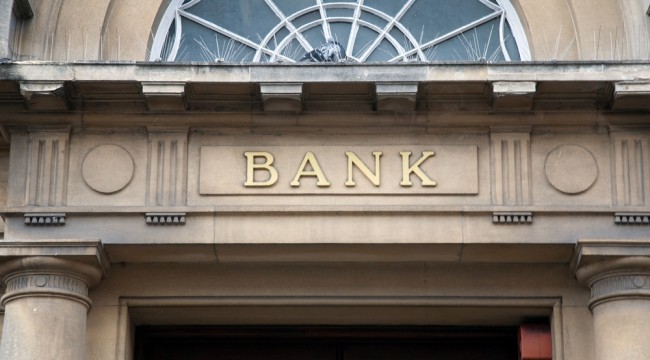 [This post on Good Banks, Bad Banks was originally published on The Institutional Risk Analyst from R. Christopher Whalen.]

If you protect the markets from fraud, Couzens argued, you ultimately protect the consumer.  The optimistic assumption in the 1920s was that industries could be exhorted and led to ethical behavior by the example and standard-setting of their own business leaders.

Today we have given up on people doing the right thing without coercion.  Instead we rely upon regulators and experts of varying flavors to moderate and oversee commercial behavior.  Thus there is a bias in favor of regulated industries and a negative view of the private sector.

For example, there is a constant refrain from the regulatory community when it comes to commercial banks vs. nonbanks.  Simply stated, the latter are seen as acts of evil that are inferior to regulated institutions.

Leonid Bershidsky, writing for Bloomberg View awhile back, embodies this perspective, chiding “shadow banks” for engaging in “regulatory arbitrage” vis-à-vis the blessed world of regulation.  But nothing could be further from reality.

Non-banks represent the private sector, the baseline for economic activity. Banks are government sponsored entities with implicit sovereign support.  Most of the major rating agencies, for example, assume a degree of “lift” for the credit ratings of the largest US banks because of the presumption of support for the depositors of these mega depositories in times of crisis.

We should remember that the regulators who supposedly make commercial banks safer than non-banks have an appalling track record.  One word: Citigroup.

Regulators failed to predict or avoid financial crises such as 2008 and 2001 before that, to name just two financial events.  Our beloved regulators pander endlessly to consumers, but routinely ignore acts of fraud in the world of securities and institutional investors.  The false narrative says that the abuse of consumers caused the 2008 financial crisis, but in fact it was widespread securities fraud by the largest banks.

Nonbank lending institutions actually must play by the same rules as the banks, except they have no balance sheet and no cheap backup funding from the Federal Reserve Bank or Federal Home Loan bank.  Non-bank mortgage firms, for example, are forced to affirm their credit every day because they often fund their business via short-term bank loans.

Non-banks with investment grade ratings typically run at leverage ratios of 5:1 or less, but some asset classes such as aircraft, rail cars and other types of transportation assets can and do support higher leverage.

Think about that for a minute.  Even with the bank’s huge advantages over non-banks in the form of public subsidies such as the discount window and federal deposit insurance, structural subsidies that support higher leverage rates, regulated banks still feel the need to cheat in terms of disclosure of risk exposures squirrelled away in a special purpose vehicle somewhere offshore.

The behavior of regulators and journalists generally towards non-bank companies illustrates the statist drift towards a largely regulated environment in the world of finance.  In the fantastic world of “macroprudential” policy, regulators soar like star ship pilots who guide the economy and oversee financial institutions simultaneously.  European Central Bank governor Mario Draghi typifies this “superman” syndrome.  But central bankers do not see all banks as being created equal.

Just to illustrate the enormous skew in the thinking inside the Federal Reserve System, an April 10, 2017 blog post by The Federal Reserve Bank of New York, “Financial Crises and the Desirability of Macroprudential Policy,” actually advances an explicit justification for subsidizing large banks in times of market stress.  The blog states:

We use the model to consider a subsidy on bank equity issuance. That is, for example, for every $1.00 in equity raised, the government would contribute an additional $0.10 in equity. The goal of this regulatory scheme is to induce banks to raise more equity, thereby contributing to strengthening their balance sheets.

The first thing to notice is that the folks at the FRBNY are worried about absolute levels of capital rather than bank behavior.  In times of market stress, whether a bank is raising capital or not generally does not matter. The reserve of confidence with the bank’s counterparties does matter.

The confidence of financial counterparties is a reflection of consistency and character, not capital. Focusing on good governance and the presence of dubious OBS financial transactions is more important for crisis avoidance than the level of capital.  Only the fact that the government is the buyer of large bank equity, in the FRBNY proposal, would provide additional credit support to the issuer.

Thankfully, the article does note that, above a certain level, a subsidy for large banks is “a cost to society with little or no benefit.”  But the FRBNY article never asks if, as a general matter, it as a good idea to support a large, zombie banks with public funds.

Like large auto manufacturers, the largest banks generally don’t even earn their nominal cost of capital.  Is it really good public policy to support these regulated monopolies at any time? Maybe President Trump is right when he considers breaking up the top four money center banks. What would a mega bank break up entail?  Easier than you might imagine.

If we disassembled the four largest banks and ended up with 6-8 specialized consumer and wholesale banks with between $500 billion and $1 trillion in assets, the US markets would function far better.

Add to that another 8-10 large non-bank broker dealers led by the likes of Goldman Sachs (NYSE:GS), Morgan Stanley (NYSE:MS), focused on capital markets and wealth management, and you have an extremely competitive and dynamic capital finance marketplace.  Hint: There are several new, emerging broker dealers that are owned by Buy Side firms.

For good measure, let’s consolidate the top 20-30 non-bank mortgage seller/servicers down to about 4-5 large platforms, each with hundreds of thousands of loans in their servicing portfolio.  These larger mortgage platforms will be more stable in terms of liquidity, perhaps profitable and, maybe, would actually have the money to invest in technology.

We might even introduce these large non-bank mortgage firms to some large community banks.  Hey, you never know.  Suddenly the “risks” of non-banks may start to take on a new complexion for members of the public research, journalistic and regulatory communities.

The point of this tirade is that non-banks are not “bad” banks.  They just don’t have the fat subsidies that federally insured and regulated commercial banks take for granted.  If we focused on important issues, namely preventing systemic crises via regulation of deceitful OBS transactions and broadly enforcing rules against securities fraud, the entire concern about capital for banks and non-banks alike would assume a far smaller part of the public narrative.

You can tell a good bank or non-bank from a bad apple by whether they (or their clients) cheat on disclosure of risk and/or taxes in their off-balance sheet transactions, the ultimate source of systemic risk.  For example, if a bank or non-bank has a whole department that specializes in constructing innovative tax and/or investment strategies for clients using offshore financing vehicles, then beware.