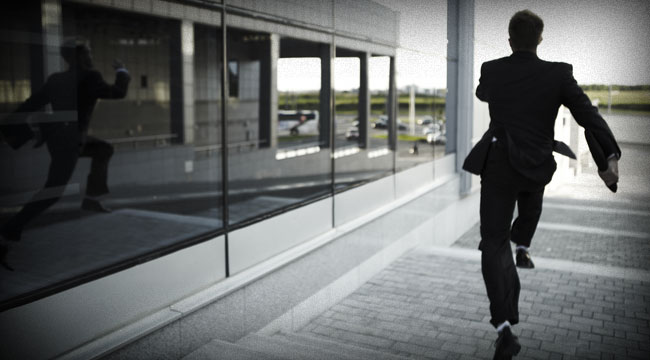 So far, 2013 isn’t proving much fun, despite fresh eurozone crisis, plus ongoing attacks on the value of currency by central banks everywhere.

How come? Money managers have clearly grown tired of the financial crisis, if not blase. After a full decade of year-on-year gains, gold’s drop is a natural outcome, and by no means does this fall undermine gold’s safe haven appeal. It may well, however, be costing you money you’d really rather not lose.

So what’s our take? For what it’s worth…

#1. Stock markets have risen — and expecting gold (aka crisis insurance) to rise at the same time would be illogical, if not greedy. Only during the first round of ultra-low interest rates in 2003-2007, when easy money fueled the very top of the global credit bubble, did gold rise together with equities, real estate, commodities, fine art and everything else with a price tag.

Gold then continued to rise when the credit bubble exploded. If this 2013 drop doesn’t suggest the crisis is over, it at least says it’s taking a breather.

#2. Gold’s chart pattern is horrible — we’re no “technical analysts,” but plenty of professional gold traders are. Gold fell through $1,525 on Friday. Put the BullionVault price chart onto five years and you can see why that price came to be called a long-term “support” level. Technical analysis now says it’s likely to act as “resistance,” capping price gains for the near term at least.

#3. Beware “bear market” talk — the newswires today all point to gold now being in a “bear market.” They mean more than simply that the price is falling. Instead, they mean it has dropped 20% or more from its peak, the technical definition of a “bear” (according to Wikipedia, if no one else). Such drops are certainly rare for gold since it began rising in 2001. But in both mid-2006 and again in late-2008 the gold price fell harder, down more than 25% and 33%, respectively, before resuming the upward trend.

#4. Gold has risen so strongly for so long a big setback has become overdue. Gold has gone up 12 years straight in U.S. dollars. For U.K. investors, it’s risen every year except one since 1998. That’s a remarkable stretch, far longer than gold’s successive gains in the 1970s and longer even than the U.S. stock market’s record-breaking run from 1982-89. Nothing moves in a straight line, but the gold price has done a good impression so far in the 21st century.

And if this drop does prove merely a pullback, instead of the end, it could still cut much deeper yet.

Between January 1975 and September 1976, the price of gold in dollars fell by almost one-half. Lots of private investors sold out, taking big losses as U.S. inflation receded. But that crisis wasn’t yet over. As inflation then soared faster than interest rates once again, the gold price rose eightfold, to its ultimate top in January 1980.

Knowing to take profits then was still nigh on impossible, however, and as gold began a long two-decade drop, lots of private investors and professional money managers got pulled in by the violent swings of the early ’80s.

In reviewing your position in either silver or gold today, beware of panic selling. See how much money you’ve got at risk and remind yourself why you got into precious metals in the first place. Has the long-term picture changed? We don’t believe the financial crisis is done yet. But right now, Wall Street and the gold price say otherwise.

Adrian Ash
for The Daily Reckoning

This article originally was featured at BullionVault.

Formerly the City correspondent for The Daily Reckoning in London and head of editorial at Fleet Street Publications Ltd, the U.K.’s leading financial advisory for private investors. Adrian Ash is also the editor of Gold News and head of research at BullionVault.