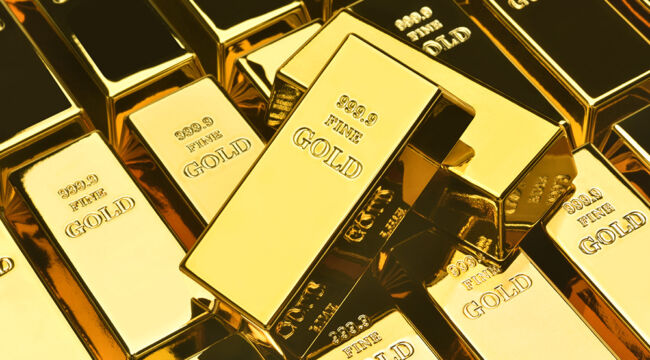 Gold Is Ready To Rumble

Gold had a nice run last week. It traded up from $1,769 per ounce on Monday, November 30, to $1,842 per ounce by the close on Friday, December 4. That’s a 4.1% gain, not a bad week’s work. Gold’s trading at about the same level today. Still, this mini-rally has to be put in the context of the steep tumble that preceded it.

The decline since August and the recent November downdraft have gold investors on edge. Is the bull market over? Is gold on its way down to the $1,200 to $1,400 per ounce range it held from early 2016 to mid-2019? 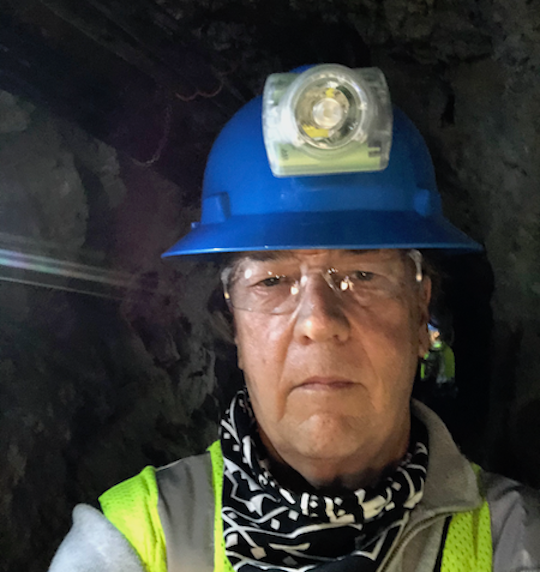 Here is your correspondent, about 700 feet underground in a gold mine in Utah. Before descending, we were kitted out with helmets, headlamps, reflecting vests and miner’s belts with an emergency oxygen supply attached to the belt. This mine is still in the development phase, not yet in the production phase. This means that different safety standards apply, including the fact that there was only one elevator shaft. If the elevator malfunctioned for any reason, the only alternative exit was to climb a 700-foot fixed ladder. Fortunately, events went smoothly. This kind of hands-on experience in the mine is critical to understanding the entire gold supply-chain from mine to refinery to bullion vault.

More to the point, investors want to know if last week’s turnaround is a sign of things to come or just a blip in a longer-term downtrend.

The short answers are: The bull market is not over. Gold is not on its way back to $1,400. And, gold is now poised to break out to the upside and to resume its push to $2,000 per ounce and higher.

Gold investors understand what just happened. They may not understand why it happened. An explanation of the reasons behind the recent fall in gold prices will also explain why last week’s rally was real and why new all-time highs are in the cards. There were four factors that contributed to the decline since August.

The first and most powerful factor is the rise in interest rates. It’s no secret that gold has no yield and competes with cash and Treasury notes for allocations from investor portfolios. The yield to maturity on the ten-year Treasury note bottomed at 0.508% on August 4, 2020, about three weeks before gold peaked. Rates have risen steadily from there.

As late as September 29, the 10-year note rate was only 0.654%. It then surged, hitting 0.970% on December 4. The rate increase produced capital losses for noteholders but attracted a flood of capital from new buyers. Some of the capital moving to Treasury notes came at the expense of gold.

The second factor is the election. The consensus was that Biden would be president and Republicans would control the Senate. This meant that big new spending bills were on the way, but the worst excesses of the progressive wing of the Democratic Party would be sidelined. That scenario is nirvana for the stock market. With big spending coming and policy gridlock on extremism, gold’s attraction as a safe haven was diminished.

The third factor is the approval of several COVID vaccines and new therapeutics. These developments supported the view that the pandemic would soon be behind us. A combination of business reopenings and pent-up demand would quickly restore strong growth and lower unemployment. A strong economy presages higher interest rates, which is a negative for gold prices. It also suggests higher stock prices, another competitor for investor dollars. Economic happy talk is one more reason to turn away from gold.

The fourth factor involves technicals and market dynamics. The “price” of gold is not really the price of physical gold after taking into account scarcity and high commissions involved with sourcing gold today. Instead, the price you hear about is actually the COMEX futures price. That’s a highly leveraged paper gold proxy for real gold.

Futures trading is automated and relies on algorithms that mimic other algorithms. The result is that when prices decline, more sell orders are triggered, momentum builds, stop-loss levels are hit, leveraged players cover their losses with more sales and so on in a recursive dynamic that overshoots fundamental valuation based on money supply or economic predictive analytics. That’s just how leveraged, automated markets work today.

These gold market dynamics suggest continued headwinds for the price of gold. What’s the counter-thesis for an increase in the dollar price of gold?

Right now, my models are telling me that the dollar price of gold is heading significantly higher.

Last week’s price action was not an anomaly in a downtrend. It was the definitive start of a major new uptrend.

Interest rates, politics, economic forecasts and automated trading converged to start a decline in the dollar price of gold and then to accelerate that decline to the level we saw recently. Here’s the good news: None of those factors are sustainable. All of them will soon reverse, sending gold prices back towards the $2,000 per ounce level. Here’s why:

What jumps out from the data is that every spike in rates was followed by a collapse. And each collapse took rates lower than the prior dip (1.38%, 1.28%, 0.50%). The reason is clear. Every time the market sends rates up based on some narrative about inflation, growth or the “end of the bond bubble” reality intrudes, a weak economy grows weaker and rates plunge again.

Gold’s resilience in the face of these periodic rises in rates is revealed in Chart 1 below. This chart shows the dollar price of gold both as a daily closing price and as a simple moving average on a year-to-date basis.

What appears is that despite volatility in the daily closing price, the simple moving average is on a steady uptrend. The daily price dipped below the moving average briefly on only two occasions.

The first was the stock market bottom on March 23, when demand for liquidity (due to stock losses) led to gold sales (to raise cash for margin calls to cover stock losses). The second time was at the market open on November 30, when higher interest rates and talk of a huge COVID-relief spending package fueled expectations of a stock market rally, which diminished the attraction of gold.

In both cases, the gold price quickly bounced back, bringing the moving average along with it. The uptrend was not interrupted.

The reality today is that coronavirus cases and fatalities are spiking, new lockdowns are coming and we’re heading into another recession following the first recession from February to July 2020. Rates will fall again, this time to around 0.35% or lower. This will provide an enormous boost to gold prices.

Markets are likewise too complacent about the election outcome. Today, markets are priced for a Biden presidency, Republican control of the Senate, and some combination of big spending and gridlock on the progressive agenda. Yet, there is a real prospect that the Democrats will win both Senate seats in Georgia on January 5, 2021.

A Biden victory with Senate control pulls the rug out from under the gridlock scenario and opens the door to the Green New Deal and more. As that political possibility comes into focus in the next few weeks, stocks will retreat, and gold will be the winner.

The rosy scenario of ample vaccines and the return of a growing economy is also a mirage. Vaccines are coming, but it will take six months to a year before enough people have received them to leave the pandemic behind. While the pandemic may fade, the economic damage will not.

We are in a new great depression. The adverse effects will be inter-generational. Most of the small businesses that closed will never reopen. Bankruptcies are skyrocketing. Job losses will be permanent. The disease is still raging. New lockdowns will produce a new recession.

Again, the stock market has priced a recovery based on cap-weighted indices that favor tech companies that produce relatively few jobs. The real economy of small-and-medium-sized enterprises (about 45% of GDP and 50% of all jobs) is flat on its back. This will reveal itself in terms of higher savings rates, reduced consumption and reduced labor force participation.

Finally, momentum is a two-way street. The same forces that caused the gold market to overshoot on the downside will cause the next rally in gold to overshoot on the upside. Buying begets buying, leveraged shorts will rush to cover and robots will buy for fear of being left behind.

Since August, gold has faced headwinds in the form of higher rates, political trends, rosy economic scenarios and leveraged momentum. Those headwinds are about to turn into tailwinds as the economy slows, rates fall, political uncertainty grows and momentum swings to the upside.

Savvy investors will buy gold in its current trough. They can enjoy the ride back to $2,000 from there, then much higher.