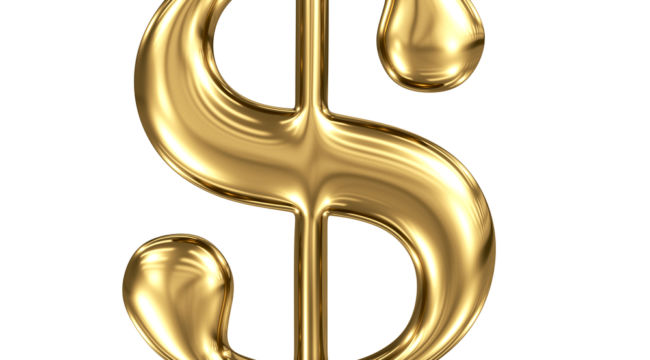 Gold Is a Chameleon

Gold is a chameleon. It changes in response to the environment. At times, gold behaves like a commodity. The gold price tracks the ups and downs of commodity indices. At other times, gold is viewed as a safe haven investment. It competes with stocks and bonds for investor attention. And on occasion, gold assumes its role as the most stable long-term form of money the world has ever known.

Gold does trade on commodity exchanges, and it tends to be included in commodity industries. The common understanding here is that gold is a commodity. But I don’t think that’s correct.

Gold actually isn’t good for anything except money. People don’t dig up gold because they want to coat space helmets on astronauts or make ultra-thin wires. Gold is used for those purposes, but that’s a very small portion of its application.

So I don’t really think of gold as a commodity. But nevertheless we have to understand that it does sometimes trade like a commodity.

As far as being an investment, that’s probably gold’s most common usage.

People say, “I’m investing in gold,” or, “I’m putting part of my investment toward bullion gold.”

But I don’t really think of gold as an investment either. I understand that it’s priced in dollars, and its dollar value can go up. That will give you some return, but to me that’s more a function of the dollar than it is a function of gold.

The dollar price may have changed, but to me that’s the function of the dollar, not a function of gold. So again, I don’t really think of it as an investment.

One of the criticisms of gold is that it has no yield. You hear it from Warren Buffet, you hear it from others, and that’s true. But gold is not supposed to have a yield because it’s money. Just reach into your wallet or your purse and pull out a dollar bill and hold it up in front of you, and ask yourself what’s the yield? There is no yield. The dollar bill doesn’t have any yield. It’s just a dollar bill, the way a gold coin is a gold coin.

If you want yield, you have to take some risks. You can put that dollar in the bank, and the bank might pay you a little bit of interest, but now it’s not money anymore. People think of their money in a bank deposit as money, but it really isn’t money. It’s an unsecured liability of an occasionally insolvent financial institution. The risk may be low, but there’s some risk, and that’s why you get a return.

Gold’s role as money is difficult for investors to grasp because gold hasn’t been used as money for decades. But gold in recent years has been behaving more like money than a commodity or investment. It is competing with central bank fiat money for asset allocations by global investors.

That’s a big deal because it shows that citizens around the world are starting to lose confidence in other forms of money such as dollars, yuan, yen, euros and sterling.

It’s important to take off your dollar blinders to see that the dollar is just one form of money. And not necessarily the best for all investors in all circumstances. Gold is a strong competitor in the horse race among various forms of money.

Despite the recent price action, which is far more a function of the stock market rather than gold itself, this is great news for those with price exposure to gold. The price of gold in many currencies has been going up as confidence in those other currencies goes down. Confidence in currencies is dropping because investors are losing confidence in the central banks that print them.

For the first time since 2008, it looks like central banks are losing control of the global financial system. Gold does not have a central bank. Gold always inspires confidence because it is scarce, tested by time and has no cre‌dit risk.

Lost confidence in fiat money starts slowly then builds rapidly to a crescendo. The end result is panic buying of gold and a price super-spike.

We’re in the early stages of a similar super-spike that could take gold to $10,000 per ounce or higher. When that happens there will be one important difference between the new super-spike and what happened in 1980.

The time to buy gold is now, before the price spikes and before supplies dry up. The current price decline gives you an ideal opportunity to buy gold at a bargain basement price. It won’t last long.