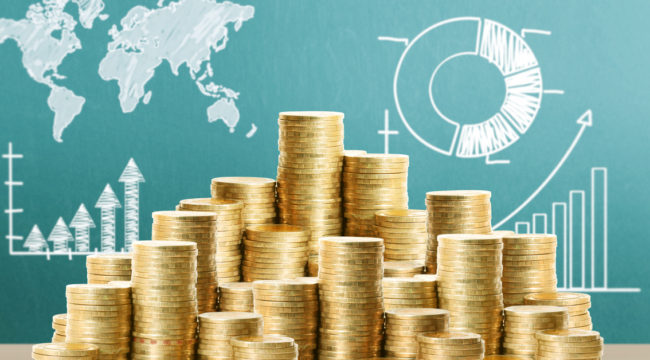 When the Fed raised interest rates last December, many believed gold would plunge. But it didn’t happen.

Gold bottomed the day after the rate hike, but then started moving higher again.

Incidentally, the same thing happened after the Fed tightened in December 2015. Gold had one of its best quarters in 20 years in the first quarter of 2016. So it was very interesting to see gold going up despite headwinds from the Fed.

Meanwhile, gold has more than held its own this year.

Normally when rates go up, the dollar strengthens and gold weakens. They usually move in opposite directions. So how could gold have gone up when the Fed was tightening and the dollar was strong?

It means you can’t just look at the dollar. The dollar’s an important driver of the gold price, no doubt. But so are basic fundamentals like supply and demand in the physical gold market.

I’ve heard the same stories from Switzerland to Shanghai and everywhere in between, that there are physical gold shortages popping up, and that refiners are having trouble sourcing gold. Refiners have waiting lists of buyers, and they can’t find the gold they need to maintain their refining operations.

And new gold discoveries are few and far between, so demand is outstripping supply. That’s why some of the opportunities we’ve uncovered in gold miners are so attractive right now. One good find can make investors fortunes.

My point is that physical shortages have become an issue. That is an important driver of gold prices.

There’s another reason to believe that gold could be in a long-term trend right now.

To understand why, let’s first look at the long decline in gold prices from 2011 to 2015. The best explanation I’ve heard came from legendary commodities investor Jim Rogers. He personally believes that gold will end up in the $10,000 per ounce range, which I have also predicted.

But Rogers makes the point that no commodity ever goes from a secular bottom to top without a 50% retracement along the way.

Why should investors believe gold won’t just get slammed again?

The answer is that there’s an important distinction between the 2011–15 price action and what’s going on now.

Since December 2016, it appears that this bear market pattern has reversed. We now see “higher highs and higher lows” as part of an overall uptrend.

Of course, this new trend is less than a year old and is not deterministic. Still, it is an encouraging sign when considered alongside other bullish factors for gold.

But more importantly, gold has held its own despite higher interest rates and threats of more.

That tells me we’re seeing a flight to quality, meaning people are losing confidence in central banks all over the world. They realize the banks are out of bullets. They’ve been printing money for eight years and keeping rates close to zero or negative. But it still hasn’t worked to stimulate the economy the way they want.

So gold has been moving up in what I would consider a challenging environment of higher rates.

The question is, where does gold go from here?

The market is currently giving close to 100% odds that the Fed will raise rates next month.

I disagree. I’m skeptical of that because of the weak inflation data. There will be one more PCE core data release before the Dec. 13 meeting. That release is due out on Nov. 30.

If the number is hot, say, 1.6% or higher, that will validate Yellen’s view that the inflation weakness was “transitory” and will justify the Fed in raising rates in December.

On the other hand, if that number is weak, say, 1.3% or less, there’s a good chance the Fed will not raise rates in December. In that case, investors should expect a swift and violent reversal of recent trends.

Markets have priced a strong dollar and weaker gold and bond prices based on the expectation of a rate hike in December. If that rate hike doesn’t happen because of weak inflation data, look for sharp rallies in bonds and gold.

Now, the last time gold sold off dramatically was on election night, when Stan Druckenmiller, a famous gold investor, sold all his gold. It’s only natural that when someone dumps the amount of gold he deals in, the price will go down.

That move reflected a change in sentiment.

What Stan said at the time was very interesting. He said, “All the reasons that I own gold in the first place have gone away because Trump was elected president.”

In other words, he was buying into the story that Hillary Clinton would be bad for the economy but Donald Trump’s policies would be beneficial. If we were going to have strong economic growth with a Trump presidency, maybe you didn’t need gold for protection. So he sold his gold and bought stocks on the assumption that the economy would grow under Trump.

But earlier this year, Stan has said he’s buying gold again. What that means is that people are finally reconsidering the reflation trade. Tax reform is still a big question mark. And when’s the last time you heard a word about infrastructure spending?

Investors will once again flock into gold once reality sets in. Mix in rising geopolitical tensions in Asia and the Middle East, and gold’s future looks bright.