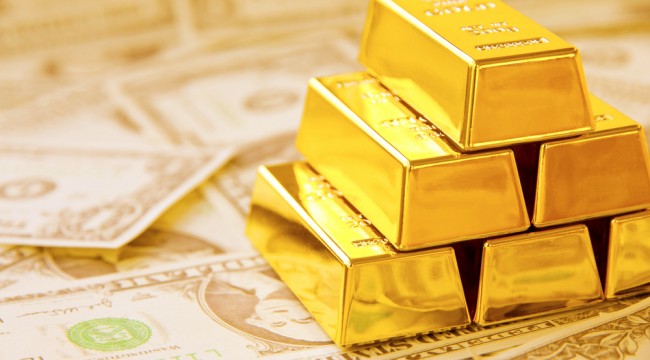 Citigroup expects both gold and silver to surge in the long term.

“Gold and silver appear to be in the process of finding a bottom; however, the price action could continue to be choppy in the coming weeks. Ultimately, we expect both precious metals to move much higher in the long term, with the potential for silver to be the outperformer, as was the case from 2008-11.”

CitiFX, a division of Citigroup, is using the bottoming process for the metals from 2008 as a template. Gold corrected 34% during that year. The recent drop in gold below $1,200 is 36% below the high reached in September 2011. Even if the correction gets closer to the 44% crash seen in the mid-1970s, Citi expects the bullish trend to remain intact.

“Whether we are seeing a pattern more like 2008 or the 1970s,” says CitiFX, “we do not see this as just the beginning of a bear market in gold; rather, this should simply be another correction in the upward trend.” Should gold find its bottom soon, they forecast, the next leg up could reach $3,500 by 2016. 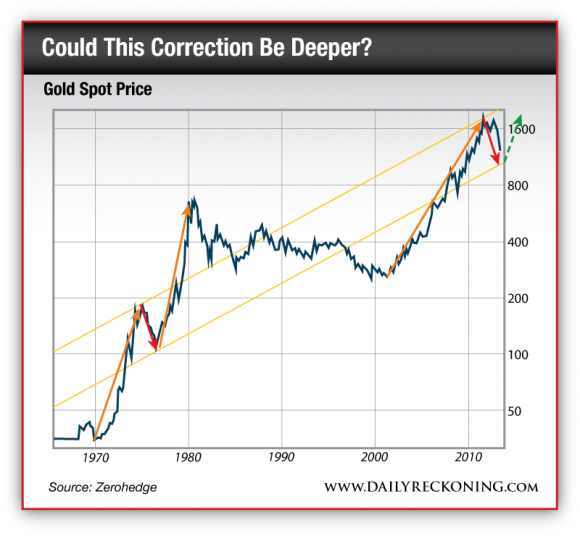 The real drivers of the metals markets are still intact… global banking stress, high sovereign debt, the creeping possibility of another Euro crisis. All will remain long-term drivers of higher gold and silver. To the list, The Daily Reckoning would add central bank purchases of bullion.

With both gold and silver both getting crushed, some perspective is essential. Our April 15 issue of The Daily Reckoning lamented gold was “due for a rest” after its 11-year bull ride. We also forecast $3,500 in the long term. Keep your eye on the long-term trend. Weak prices now spell one thing: B-U-Y-I-N-G O-P-P-O-R-T-U-N-I-T-Y.

P.S. Central banks around the globe know gold is money… which is why they are stockpiling it by the tonnes. Want to learn more? Sign up for The Daily Reckoning and get our free analysis “The Real Reason Central Banks Are Stockpiling Gold.” Click here.