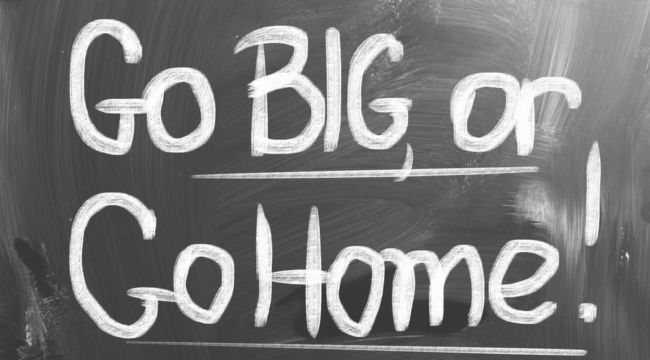 Let’s say the household has done very well for itself and owns assets worth $1 million: a home, a family business, 401K retirement accounts and a portfolio of stocks and other investments.

Deduct the $500,000 in debts and the household’s net worth has fallen to $200,000. The point here is debts remain regardless of what happens to the market value of assets owned by the household.

Then the speculative asset bubbles re-inflate, and the household takes on more debt in the euphoric expansion of confidence to buy a larger house, expand the family business and enjoy life more.

Now the household assets are worth $2 million, but debt has risen to $1.5 million. Net worth remains at $500,000, since debt has risen along with asset values.

On top of that, the net income of the family business plummets to near-zero in the recession, leaving insufficient income to pay all the debts the household has taken on.

This is an exact analog for the entire global economy, which pre-pandemic had assets with a market value of $350 trillion and debts of $255 trillion and thus a net worth of around $100 trillion.

The market value of junk bonds has already plummeted by trillions, and that’s not even counting the trillions lost in small business equity, shadow banking and a host of other non-tradable assets.

Then there’s the most massive asset bubble of all, real estate. Millions of properties delusional owners still think are worth $1.4 million will soon revert to a more reality-based valuation around $400,000, or perhaps even less, meaning $1 million per property will melt into air.

Once the market value of global assets falls by $100 trillion, the world is insolvent.

Everyone expecting the financial markets to magically return to January 2020 levels once the pandemic dies down is delusional. All the dominoes of crashing market valuations, crashing incomes, crashing profits and soaring defaults will take down all the fantasy-based valuations of bubblicious assets:

The global financial system has already lost $100 trillion in market value, and therefore it’s already insolvent. The only question remaining is how insolvent?

Here’s a hint: companies whose shares were recently worth $500 or $300 will be worth $10 or $20 when this is over. Bonds that were supposedly “safe” will lose 50% of their market value. Real estate will be lucky to retain 40% of its current value. And so on.

As net worth crashes below zero, debts remain. The loans must still be serviced or paid off, and if the borrowers default, then the losses must be absorbed by the lenders or taxpayers, if we get a repeat of 2008 and the insolvent taxpayers are forced to bail out the insolvent financial elites.

There is no bottom, but nobody dares say this. Companies with negative profits have no value other than the cash on hand and the near-zero auction value of other assets. Subtract their immense debts and they have negative net worth, and therefore the market value of their stock is zero.

But don’t worry, the government is on the case…

That governments around the world will be forced to distribute “helicopter money” to keep their people fed and housed and their economies from imploding is already a given. Closing all non-essential businesses and gatherings will crimp the livelihood of millions of households and small businesses that lack the financial resources to survive weeks without any revenues.

The only question is whether governments which can borrow or print fresh currency will get ahead of the implosion or fall behind, creating a binary choice: go big now or go home.

Half-measures in helicopter money work about as well as half-measures in quarantine, i.e. they fail to achieve the intended objectives. Dribbling out modest low-interest loans is a half-measure, as is cutting payroll taxes.

Neither measure will help employees or small businesses whose income has fallen below the minimum needed to pay essential bills: rent, food, utilities, etc.

Meanwhile, the ruling elites will be under increasing pressure to bail out greedy financial elites and gamblers. Those are the scoundrels and parasites they bailed out in 2008-09. But this is not just another speculative bubble-pop, this is a matter of life and death and solvency for the masses of at-risk households and small businesses.

It is a different zeitgeist and a different crisis, and bailing out greedy parasites (banks, indebted corporations, speculators, financiers, etc.) will not go over big while households and small businesses are going bankrupt.

The Federal Reserve has been handed a lesson in the ineffectiveness of the usual monetary “bazooka” in bailing out the predatory-parasitic class of overleveraged gamblers. Nearly free money for financiers isn’t going to save the economy or non-elites sliding toward insolvency.

So listen up ruling elites: either go big or go home. Either accept that it’s going to take several trillion dollars in helicopter money to insure the most vulnerable households and real-world enterprises remain solvent, or quit and go home.

The pandemic crisis isn’t going to end in April or May, though the urge to indulge in such magical thinking is powerful. It might still be expanding in August and September.

This is why it’s imperative to go big now, and make plans to sustain the most vulnerable households and small employers not for two weeks but for six months, or however long proves necessary.