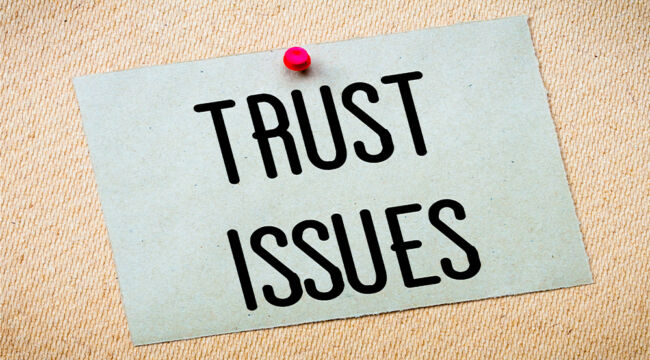 Globalist elites don’t trust you to make the right choice

When the U.K. voted for Brexit in June 2016, the globalists were stunned. They couldn’t believe it. They then did everything they could to delay and fight Brexit.

Then when Donald Trump won the election as president in November 2016, the globalists were even more stunned. They went into complete denial and put their heads in the sand. They comforted themselves with the convenient myth that Russian interference lost them the election, not a popular rejection of their ideology.

Yet it kept getting worse for globalists. Both China and Russia have become more nationalistic and completely turned their backs on globalism. The pandemic only strengthened the trend away from globalism, and the fractured supply chains we’re now seeing expose globalism’s fragile underbelly.

These chains may be efficient and economical, but when they break down, it has a rippling effect on the global economy. It’s like pulling on one strand on a carpet. The entire thing is affected.

Globalists worship at the altar of free trade. But free trade is a myth. It doesn’t exist outside classrooms. France subsidizes agriculture. The U.S. subsidizes electric vehicles. China subsidizes a long list of national champions with government contracts, cheap loans and currency manipulation. Every major economy subsidizes one or more sectors using fiscal and monetary tools and tariffs and nontariff barriers to trade.

America grew rich and powerful from 1787–1962, a period of 175 years, using tariffs, subsidies and other barriers to trade to nurture domestic industry and protect high-paying manufacturing jobs.

In fact, tariffs are as American as apple pie.

Beginning in 1962, the U.S. turned its back on a successful legacy of protecting its jobs and industry and embraced the free trade theory. This was done first through the General Agreement on Tariffs and Trade, or GATT, one of the original Bretton Woods institutions in addition to the World Bank and IMF.

Against the mercantilist system was a theory of free trade based on comparative advantage as advocated by British economist David Ricardo in the early 19th century. Ricardo’s theory said that trading nations are endowed with attributes that gave them a relative advantage in producing certain goods versus others.

These attributes could consist of natural resources, climate, population, river systems, education, ports, financial capacity or any other factor of production. Nations should produce those goods as to which they have a natural advantage and trade with other nations for goods where the advantage was not so great.

It’s a nice theory often summed up in the idea that Tom Brady should not mow his own lawn because it makes more sense to pay a landscaper while he practices football.

The problem with the theory of comparative advantage is that the factors of production are not permanent and they are not immobile.

Before long, China has the advantage in labor and capital and is running huge trade surpluses with the U.S., putting Americans out of work and shutting down U.S. factories in the process.

Worse yet, countries such as China can pull comparative advantage out of thin air with government subsidies.

But to globalists, the moral arc of the universe bends in one direction, and that’s toward increasing globalization. Populism and protectionism are therefore moral evils that must be condemned.

But globalists have slowly realized that the nationalist trend is not an anomaly but a powerful force that is reversing globalist policies that have been ascendant since 1989, or even since the end of World War II, when institutions like the IMF and World Bank were established to promote globalist goals.

But right now, free trade is on the ropes, currency wars are rampant and geopolitical hotspots like Taiwan are becoming more dangerous. What happened to globalism?

The globalist-in-chief is Columbia University academic Jeffrey D. Sachs. He led the charge for “market” solutions in Russia in the 1990s, which backfired into a takeover by oligarchs and the rise of Putin. He also led the charge for “opening” China in the early 2000s, which led to the rise of Xi Jinping and the strongest form of Communism since the death of Mao Zedong.

Is Sachs willing to admit any mistakes? No. Like most globalists who are too arrogant to question their own worldviews and assumptions, Sachs instead says the problem is democracy itself.

Essentially, Sachs wants to abandon traditional voting in the U.S. and U.K. to create a system more favorable to globalists. Sure, you can let voters choose center-right candidate x or center-left candidate y, who might be 10% apart on many issues. Neither of them will really rock the boat and have no fundamental disagreement with globalism in general.

In fact, Time magazine ran an article gloating about how corporate and media elites essentially conspired to prevent Trump from winning the election. Media refusal to cover the Hunter Biden laptop scandal was just one example. Former intelligence officials joined in by claiming it bore all the trademarks of “Russian disinformation.” Of course, we all know the laptop was real. But they wouldn’t allow it to influence the election.

When elites don’t like the potential outcome, just change the rules.

Their real agenda is to define a “global problem” so they can advance “global solutions” such as world governance, world taxation and world rule by elites. It doesn’t matter that the actual science behind hysterical climate alarmism is extremely weak.

Unfortunately, the media, corporations, governments and international organizations are run mostly by globalists.

And many of them are working hard to silence dissent. We’re in a Brave New World.