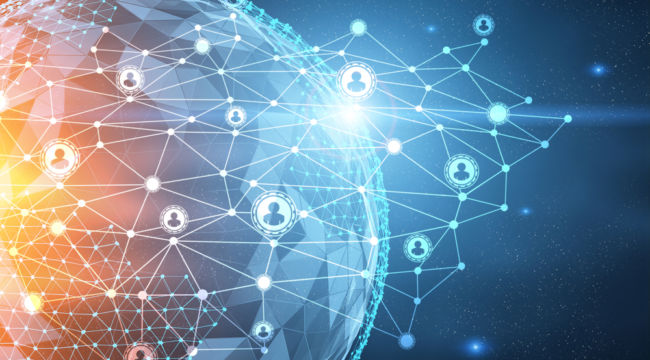 Globalism Is About Control

When the U.K. voted for Brexit in June 2016, the globalists were stunned. They couldn’t believe it. They’ve been delaying and fighting Brexit ever since, but it now looks set to occur on Oct. 31 under new British Prime Minister Boris Johnson.

Then when Donald Trump won the election as president in November 2016, the globalists were even more stunned. They went into complete denial and have had their heads in the sand ever since. They comforted themselves with the convenient myth that Russian interference lost them the election, not a popular rejection of their ideology.

Yet it kept getting worse for globalists.

Austria elected a conservative nationalist, Sebastian Kurz, as chancellor in 2017. Italy elected enough nationalist Five-Star movement members of Parliament in 2018 to allow them to choose the new prime minister. Conservatives won a recent election in Australia. Both China and Russia have become more nationalistic and completely turned their backs on globalism.

To globalists, the moral arc of the universe bends in one direction, and that’s toward increasing globalization. Populism is therefore a moral evil that must be condemned.

But globalists have slowly realized that the nationalist trend is not an anomaly but a powerful force that is reversing globalist polices that have been ascendant since 1989, or even since the end of World War II. That was when institutions like the IMF and World Bank were established to promote globalist goals.

But right now, free trade is on the ropes, currency wars are rampant and geopolitical hot spots like Iran are becoming more dangerous. Authoritarian China is also cracking down on pro-democracy protests in Hong Kong, and may send in the army to restore order.

What happened to globalism?

The globalist-in-chief is Columbia University academic Jeffrey D. Sachs. He led the charge for “market” solutions in Russia in the 1990s, which backfired into a takeover by oligarchs and the rise of Putin. He also led the charge for “opening” China in the early 2000s, which led to the rise of Xi and the strongest form of Communism since the death of Mao Zedong.

Is Sachs willing to admit any mistakes? No. Like most globalists who are too arrogant to question their own worldviews and assumptions, Sachs instead engages in a delusional rant against Donald Trump (Sachs has no psychological training or credentials) and says the problem is democracy itself. It’s always someone else’s fault.

Essentially, Sachs wants to abandon traditional voting in the U.S. and U.K. to create a system more favorable to globalists. Sure, you can let voters choose center-right candidate x or center-left candidate y, who might be 10% apart on many issues. Neither of them will really rock the boat and have no fundamental disagreement with globalism in general.

As far as globalists are concerned, voters cannot be trusted to vote on fundamental issues like Brexit. Such decisions should be beyond democratic control, globalists believe. Sachs is a typical globalist in denial about his failures. When you don’t like the outcome, just change the rules.

Another issue that unites globalists is climate change.

Globalists will argue that climate change is too important to trust to voters in individual countries. Climate change is the perfect cover for globalism because combating it requires an internationally coordinated policy run by elites.

Their real agenda is to define a “global problem” so they can advance “global solutions” such as world governance, world taxation and world rule by elites.

Climate change is a reality. I used to live on Long Island Sound, which was a glacier 10,000 years ago. Today, it’s a nice body of water (with a rocky shore typical of former glaciers) good for sailing, fishing and other water sports.

But climate change is relatively slow and is driven by large forces such as solar cycles, volcanoes and other natural phenomena. There’s no evidence that C02 has anything to do with climate change.

Most climate models are riddled with false assumptions, bad data, inverted causation and erroneous extrapolations. They greatly exaggerate the role of CO2 on climate. And these models are often wrong by orders of magnitude. They don’t tell you that on the news.

Many climate alarmists have admitted that it’s necessary to exaggerate the dangers from CO2 in order to terrify people with apocalyptic scenarios. Otherwise, people wouldn’t sign up for the massive amounts of government action and taxation required to fight the “problem.”

But C02 is a trace gas that affects almost nothing, except it’s an essential source of plant food. (Plants “inhale” C02 and “exhale” oxygen.) If anything, we’re probably in a CO2 drought from a historical perspective.

Obviously we’re still here, so the planet can easily withstand far greater levels of CO2 than we have today.

Alarmist models of correlation between warming and higher amounts of C02 have the causality backward. C02 does not cause warming. Warming causes C02 release through tundra thaws and other channels.

Warming trends ceased in the late 1990s and sea level increases today are about seven inches per 100 years, hardly noticeable and likely to be reversed. Still, the alarmist climate agenda lives on.

The goal is global taxation and control. Elites are also determined to prevent another Trump victory in the next election. Big tech is leading the way…

Although Donald Trump himself was cleared of “collusion” with the Russians in interfering with the 2016 election, corporations like Google want to control the narrative heading into the 2020 election.

Evidence recently surfaced that senior executives at Google will try to rig the 2020 election against Donald Trump.

Google executive Jen Gennai was caught on video saying, “We all got screwed over in 2016… how do we prevent it from happening again?” She also said, “We’re… training our algorithms, like, if 2016 happened again… would the outcome be different?”

She explains that Google needs to remain a giant company because only large companies have the resources needed for “preventing the next Trump situation.”

Trump should win anyway because the eggheads in Silicon Valley don’t understand him or his supporters. All of the algorithms in the world are not effective against something you don’t understand. The eggheads should get out more.

Still, just because they may not be successful does not mean they won’t try. When it comes to the integrity of the next election, don’t let the Russians keep you up at night. That honor belongs to Google.

The bottom line is that the media, corporations, governments and international organizations are run mostly by globalists.

And many of them are working hard to silence dissent. Welcome to the Brave New World.