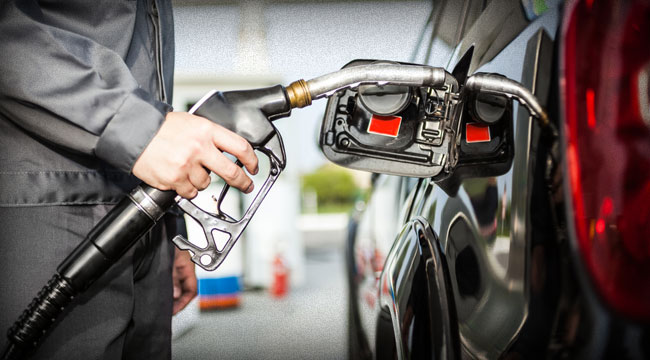 Global Oil Could Make A Hit On U.S Dollar

In the early and mid-1970s, the North Sea was coming online as a major world oil province. One of the great oilfields of the time, located in the British sector, was named Brent. Atop the Brent oilfield was a series of platforms and wells that yielded hundreds of thousands of barrels of “Brent” oil per day.

The price for oil from Brent soon transformed into the regional benchmark for daily oil price-discovery. Brent set the price for Europe.

Eventually, Brent became the benchmark for many other global oil trades as well. Brent was the price-discovery and price-setting mechanism for much of the globe.

Oil contracts in the Middle East, Africa, Latin America and even Asia were posted against the daily “Brent quote.” This quote was set by a group called Platts.

Today, if you follow oil trading and prices, you’ll still constantly see reference to the “Brent quote” for oil prices. Platts keeps a running 60-day tally of oil trade contracts from a variety of North Sea oilfields, and averages the numbers into a daily quote for a typical barrel. It has almost nothing to do with the minimal amount of oil flowing from actual Brent platforms.

Meanwhile, the 60-day tally by Platts ensures that no short-term issue, such as bad weather or a pipeline accident, can spike oil prices for the entire world.

But here’s the odd part: Britain’s old Brent oilfield yields almost no oil at all anymore. It’s nearly drained. So how can a depleted oilfield set the global price?

I’ve been at conferences and heard Russian energy reps make the (valid) point that their nation exports nearly 3 million barrels of oil per day into European markets. It’s far more than the tiny Brent number, Russians point out; and far more than the entire North Sea number when you compare volumes.

Russian political-energy interests maintain that their “Urals blend” of exported oil should become the European — and by extension, the world — price benchmark. It hasn’t happened yet, but…

Along came Brexit. In the aftermath of the Brexit vote, Britain is on the outs with the EU. And there’s renewed interest in examining whether a cobbled-together average of North Sea barrel prices should still control global oil prices.

Let’s suppose that more and more parties reject the Brent quote as an accurate daily price quote for oil. Then what happens?

Suppose Russia simply began posting prices for Urals blend oil in a basket of global currencies, distinctly shunning the U.S. dollar as the measure. It’s not hard to imagine. Russian president Vladimir Putin has stated many times that he wants to move away from the U.S. dollar in trade, and strengthen ties with China, the new power player in the energy game, as Nomi Prins has explained.

Global oil buyers would soon fall into line and begin “paying” that basket price. After all, Russia has the oil; Britain/Brent is nearly irrelevant in terms of global supply.

If the Brent oil quote falls apart in the Europe region— replaced by Urals blend quote— then what happens to all the other oil contracts across the world that refer to Brent?

I suspect that their half-lives would run out quickly. It would be a true body blow to the U.S. dollar.

Ed. Note: For more on Why Oil Prices Fluctuate we have included the Visual Capitalist caption to help understand it all.