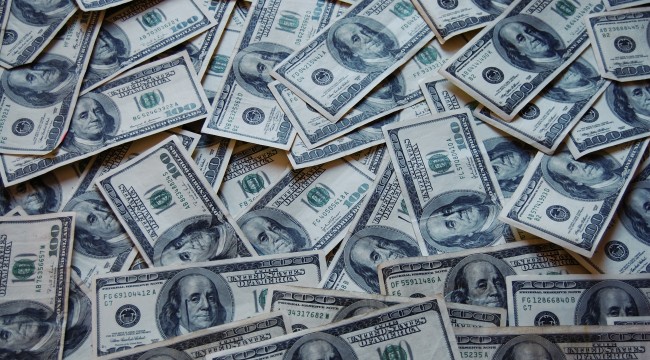 Cash has never been a popular asset with the totalitarian set. It’s difficult, if not impossible, to trace. Cash makes it possible to do business “off the books.”

For decades, with the US leading the effort, governments have engaged in a War on Cash. The original justification for this war was to fight racketeering. The War on Cash morphed into the War on Drugs, then the War on Money Laundering, and subsequently, the War on Terror.

But now, central banks and their lackey governments have a new rationale for the War on Cash: the very existence of cash makes it more difficult to enforce negative interest rates. That’s a big deal, because nearly $3 trillion worth of bonds with negative interest rates have already been issued. Incredible as it may seem, investors actually pay financially insolvent governments for the privilege of buying their bonds. Negative interest rates punish banks that fail to make loans but instead maintain reserves at a central bank. And of course, they punish savers seeking a positive return on their investment.

The European Central Bank has had negative interest rates in effect since June 2014. These rates apply to the “deposit facility rate,” which is the rate on “excess reserves” banks maintain at the ECB. Currently, that rate is -0.2%. If you’re a bank in the eurozone, your “reserves” gradually dwindle in value if you don’t lend them out. For instance, after one year at a -0.2% rate, €1 million of your reserves would only be worth €998,000.

The Danish and Swiss national banks have gone even further, with negative interest rates of -0.75%. After a year, 1 million Danish krone or Swiss francs would be worth only DKK/CHF 992,500, respectively.

Now, I can understand why central banks impose negative interest rates. They’re desperate to reinvigorate national economies that remain mired in recession years after the economic collapse of 2007–2009.

I also understand the reluctance of banks to lend. Debt levels in developed economies, especially Japan and the eurozone, are at all-time highs. Indeed, debt levels have grown by 40% since the last financial crisis. And cash-strapped borrowers are the last candidates to which banks want to extend credit.

The bottom line is that developed economies are so deeply in dept that they can no longer grow. The solution the central banks offer is more debt, but debt issued at negative interest rates.

While I get dizzy when I start thinking about the concept of paying someone for the privilege of holding my money, there’s an easy, albeit inconvenient, way to deal with the problem. And that’s to hold assets in cash. After all, 100 Swiss francs in a floor safe will still be worth CHF100 in 12 months, not CHF99.25.

Banks and governments don’t like that option one bit. Citigroup Chief Economist Willem Buiter made headlines a few weeks ago when he proposed abolishing cash to allow banks to impose negative interest rates. He suggests negative interest rates as low as -6.0% annually be imposed in financial crises, to force banks to lend and consumers to spend.

Currently, the US doesn’t have any restrictions on spending cash or even moving it across a national border, although there are strict reporting rules. If you deposit or withdraw more than $10,000 from a bank or other financial institution, the bank must file a “currency transaction report” with the US Treasury. In some areas subject to “geographic targeting orders,” the limits are reduced to $3,000 or even less.

Most Americans know nothing about these rules, which has led to countless numbers of innocent people having their savings confiscated and in some cases even being imprisoned. I most recently wrote about this racket in this essay.

Other countries, though, have been much more aggressive in the War on Cash:

Similar restrictions are in place in Belgium, Bulgaria, Greece, Mexico, Russia, Uruguay, and a handful of other countries.

Naturally, these restrictions are justified by the need to fight “tax evasion” and “terrorism.” But I think the real reason is to force savers to help prop up the tottering banking system. And don’t forget that the global “bail-in” model applies to these deposits. If a bank goes bust, depositors must share in the losses, as I discussed in this essay.

In the meantime, numerous banks have restricted the ability of customers to withdraw cash. In Switzerland, the Swiss National Bank – the country’s central bank – prohibited a large hedge fund from withdrawing cash out of its bank account to avoid negative interest rates.

Could these restrictions be a bellwether for outright confiscation or prohibition of cash? I don’t see that as likely, because it would raise such a political outcry. What’s somewhat more likely would be a cash recall along the model first proposed by former US Treasury Secretary Donald Regan in 1989.

Regan recommended that all $50 and $100 bills be recalled and replaced with a new currency. The changeover would occur in a 10-day period, Regan proposed, and the old money would no longer be legal tender after that time. Regan also recommended that anyone turning in more than $1,000 in old bills be forced to prove that they had paid all taxes on the cash and that it had not been generated through illegal activity. Otherwise, the cash would be confiscated.

Negative interest rates and the escalating restrictions on cash transactions are just two more indications of the desperate situation the global financial system faces. And they call for urgent defensive measures, such as:

The global experiment in negative interest rates combined with escalating levels of debt will eventually end –  badly. I don’t know when it will happen, but when it does, it won’t be the central bankers and politicians who designed these policies who get burned. It will be ordinary citizens like you and me.

Get your assets out of the “too big to fail” banks – now. It’s only a matter of time before the SHTF.

P.S.I originally posted this essay on my site, right here.