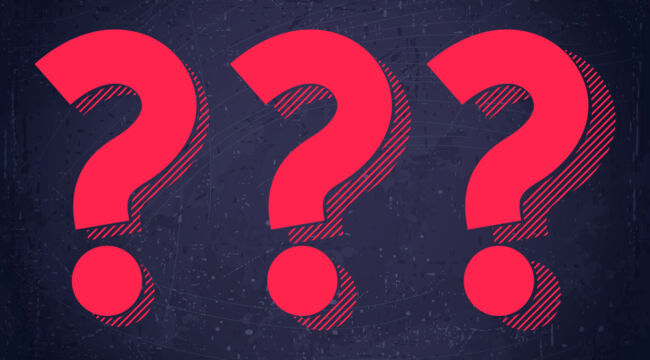 We vented Mr. George Gilder’s unorthodox opinions about the virus. He claimed its actual threat has been fantastically exaggerated, that the terror has little excuse in the facts.

But George’s arguings failed to fetch the game. In fact readers seized their own shotguns… and peppered George’s backside with buckshot.

Reader Vince W. — for example — instructs us to:

Please tell Mr. Gilder that his stance against the wearing of face masks makes him an enemy of society, and he can go (fornicate) himself. If he brings his sorry a** anywhere near me without a mask, I will consider it assault and respond accordingly.

The point is that as a country, our entire country is either elderly and/or ill. Easily more than half our population falls into the “vulnerable” category.

Calls to let the lucky minority who aren’t vulnerable won’t help the economy. It will be liberating for them, and we need to do it, but it is too small a fraction of the population to make a difference to the economic devastation that has already occurred.

And it’s worth noting that the elderly (people over 60 — seriously? Elderly?) and the “vulnerable” also comprise a high percentage of highly productive working people, business owners and entrepreneurs. Shunting them into second-class citizenhood status certainly won’t help the economy.

Sam L. raps us smartly across the knuckles for airing George’s packet of lies:

I am very disappointed that you gave Mr. Gilder the opportunity to spread such awful, misleading information.

Meantime, Jane F. is so steamed up she is attempting to cancel her subscription — again:

I canceled my subscription to this newsletter in part because of reasoning like the above. Will cancel it again and hope it works this time.

Alas, we can extend Jane no guarantee. We structure our operations on the model of Dionaea muscipula — the Venus flytrap.

It is far easier to come in than to get out, that is.

But we wish her a successful escape. We will nonetheless miss her if she slips our snare.

But is this criticism of George entirely just?

How Do We Know What to Believe?

Authorities initially informed us that masks were fraudulent defenders, that the virus can break the blockade.

They then executed a rightabout-face… and claimed masks in fact formed effective barriers to entry.

But are they correct?

Even now expert opinion divides. Some claim mask-wearing is actually harmful to the mask-wearer. For example:

From there it could beat a path clear through to the brain… and proceed against the neurology.

We cannot say if this fellow is correct or if he is incorrect.

But if even mask-wearing cannot gather expert consensus… how do we know what to believe? Or whom to believe?

One expert wars with another. We are all trapped in their crossfire, heads glued to earth, uncertain of its accuracy.

Each day appears to bring a fresh repudiation of a prior claim, of a prior study. That initial claim was a living and breathing truth until the new evidence murdered it.

In conclusion… that which is known today may be disknown tomorrow.

Perhaps George is far off the facts, as our readers allege. But perhaps he is not.

We simply do not know of course. But does anyone? And who is to say the authorities responded properly to the threat?

Sweden May Have Gotten It Right

We have raised a provisional cheer for the Swedish approach in previous issues. Sweden did not padlock its economy.

The schools, the restaurants, most places of public resort remained open. Mass assemblies were banned, it is true. Yet only the aged and vulnerable were put in quarantine.

That is, the appropriate groups were put in quarantine. Much of the world, meantime, also threw the youthful and vigorous into quarantine.

Now the virus has torn through the healthful population. Most suffered no symptoms or bearable symptoms.

They developed antibodies… and contrary to fears, most likely a sustained immunity.

It is quite certain that immunity does exist… For all the cases we have had in Sweden, there has not been one single person who had this disease twice. And we have a very strict identification system. So there is no way we would miss a person who had it twice. I haven’t heard any reports from any countries where there has been a certified case who has actually had this twice. There’s been rumors about it. But in the end, they have been disclaimed.

The World May Have Gotten It Wrong

Meantime, the United States elected to hide indoors. Thus the virus did not sweep through the healthy herd.

And so the United States is far from the population immunity that Sweden may be nearing.

But is this herd immunity a heartless immunity that exacts an intolerable death rate?

Not according to another Swede — Dr. Johan Giesecke.

This fellow has been Sweden’s state epidemiologist. He has also been chief scientist with the European Centre for Disease Prevention and Control. From whom:

We freely concede that Sweden is not the United States… as reader Alice reminded us.

Yet we find ourselves tied up to the notion that the Swedish approach was the generally appropriate approach.

And that a mass arrest of the healthy and virile was the inappropriate approach.

We are aware that places us outside the main stream. We swim instead in a parallel stream…

This is a publication that likes to graze against the grain, to alter metaphors. And so we often veer sharply from “consensus.”

We prefer to patrol the boundaries of allowable opinion… and launch unauthorized raids across the forbidden frontier.

Thus we skirmish with ideas the mainstream would declare scandalous or outrageous.

Nor do we aspire to be. And you would not read us if we were.

The Story Not Being Told

We are under bonds to you, our reader. Under bonds, that is, to tell you “the story that is not being told.”

It is true, we often report a false story.

We chase phantom leads. We go down ends that are dead. We lose our quarry’s scent.

At other times we take ourselves into water — water that is deep — and occasionally hot.

But sometimes we get it just about right.

And those rare instances make it worth all the while…