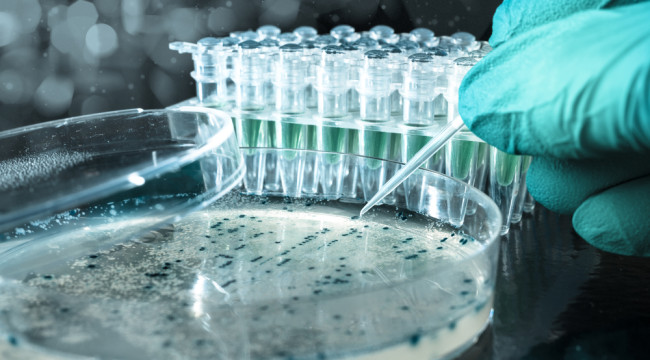 The biotech industry is populated with legions of innovators who toil day and night to discover treatments and cures for humanity’s most fearsome diseases.

In the last 72 hours, the world has learned the industry is also populated with douche bags like Martin Shkreli… 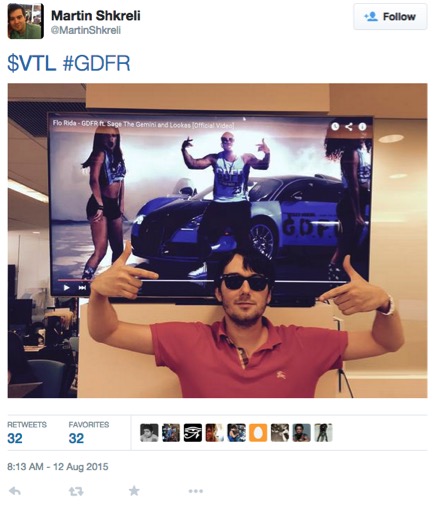 The only thing worse than an overly burdensome regulatory process for drugs… is someone who hides behind it to rig the market.

Alas, the world is drawing all the wrong lessons from Shkreli’s 15 minutes of fame. And investors who don’t understand what’s really going on stand to miss out on significant gains.

As you might have heard, the biotech sector’s been getting slammed this week. IBB, one of the big biotech ETFs, dropped 4% yesterday. It’s down another 3% as we write this morning.

It all started with a Sunday New York Times story about Shkreli’s privately held company, Turing Pharmaceuticals. Last month, Turing picked up rights to Daraprim — a 62-year-old drug that treats a rare and life-threatening parasitic infection. Turing jacked up the price from $13.50 per tablet to $750.

Outrage ensued from the establishment media and the politicians. Hillary Clinton glommed onto it yesterday morning, inveighing against “price gouging” on Twitter and promising she’d unveil a plan to address it today.

IBB was already down on the day, but the drop accelerated after her tweet.

Shkreli took to the financial cable channels and doubled down. “We know, these days, in modern pharmaceuticals, cancer drugs can cost $100,000 or more, whereas these drugs can cost a half of a million dollars,” he told Bloomberg TV. “Daraprim is still underpriced relative to its peers.”

The political and media outrage begs a critical question: How does anyone manage to get effective monopoly power over a drug that was first made in 1953 and went off patent long ago?

In the first place, it helps to understand Shkreli’s entire life story appears to be about leveraging government regulations in a way that lines his own pockets.

“He started MSMB Capital, a hedge fund company, in his 20s,” says the Times story, “and drew attention for urging the Food and Drug Administration not to approve certain drugs made by companies whose stock he was shorting.”

Now at age 32, “Shkreli is taking advantage of loopholes that can be used to block generic competition,” says Ray Blanco of Technology Profits Confidential and Agora Financial’s FDA Trader.

Here’s how Derek Lowe explains it at the blog of Science Translational Medicine magazine: “The FDA grants market exclusivity to companies that are willing to take ‘grandfathered’ compounds into compliance with their current regulatory framework.” Once a company does that, it gains an effective monopoly through the “generic bioequivalence” rules.

How does that work? Let’s say you run XYZ Pharmaceuticals and you want to bring a competing version of Daraprim to market.

Well, good luck jumping through the regulatory hoops. As the FDA explains on its own website, “The firm must fully document the generic drug’s chemistry, manufacturing steps and quality control measures. Each step of the process must be detailed for FDA review.”

Nor does it end there: “One way scientists demonstrate bioequivalence,” the FDA says, “is to measure the time it takes the generic drug to reach the bloodstream and its concentration in the bloodstream in 24-36 healthy, normal volunteers. This gives them the rate and extent of absorption — or bioavailability — of the generic drug, which they then compare to that of the pioneer drug.”

Ah… So to satisfy the FDA, you’re going to need a supply of Daraprim for comparison purposes — at $750 a pill, thank you very much.

There’s a whole cottage industry of people like Shkreli who “don’t seem to be as interested in discovering drugs as in discovering opportunities to use other people’s drugs as a means to stick it to patients and payers,” sums up Mr. Lowe.

Why innovate to make a fortune when you can use government regulations to throttle any competition?

Heh… In that sense, all Shkreli has done is borrow a page from Big Pharma. The more regulations that pour forth from the FDA, the better it is for Big Pharma companies that have the back-office resources to comply with all those regulations. Upstart competitors don’t stand a chance.

As a result, Big Pharma has done almost no innovation during the last 15 years. We documented last year how they’ve spent most of the 21st century merely copying each other’s best-selling drugs.

We have no idea how Hillary Clinton will propose to address the issue of “price gouging.” But we do know she and Barack Obama were the top recipients of donations from Big Pharma during the 2008 election cycle. We also know Big Pharma is thick as thieves with the Clinton Foundation.

Maybe Mr. Shkreli can stroke a big check to the Clinton Foundation and make it all go away?

Here’s the investing takeaway: “The Hillary dip is buyable,” says the aforementioned Ray Blanco. “The Yellen dip last year was another opportunity to buy.”

Ah, yes… We documented it when it happened in July 2014. Federal Reserve chairwoman Janet Yellen told Congress, “Equity valuations of smaller firms as well as social media and biotechnology firms appear to be stretched.”

Biotech dropped 6% in the ensuing week… and then went on a 64% tear for the next year.