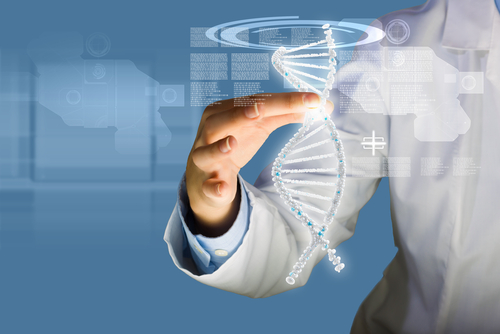 “I believe this technology will eventually change everything,” says Agora Financial’s biotech guru Ray Blanco. “And it has the potential to break through to the mainstream consciousness this year.”

It’s called gene editing. Among many other things, it has the potential to cure HIV. But that’s only the start.

“Gene editing”? What’s the big deal about that? So Ray patiently sat me down recently to explain what’s at stake — both the science and the profit potential.

I came away convinced… and maybe you will too.

“We’ve been editing genes for years,” Ray began. “Biotechnology is an information technology, even if it works with wet stuff, rather than silicon.

Borlaug, who died in 2009, is sometimes credited as “the man who saved a billion lives” by developing new crop varieties and growing methods… and putting them to work both in the West and the developing world.

“We’ve also been gene editing in the lab in all kinds of organisms,” Ray goes on. “A lot of biomedical research wouldn’t be possible without gene editing technology. We modify genes to study diseases in animals and use those data to gain knowledge so that we can treat the diseases in humans.”

The cutting edge of current Alzheimer’s research involves mice bred to have a certain genetic mutation. “The new future drug that might save your life,” says Ray, “could very well owe its existence to gene editing technology’s help.”

“HIV’s ‘key’ is shaped to fit the more common variety of lock. It can’t fit the mutated version.”

“But what about human disease itself?” says Ray, taking matters to the next level.

“We know that a lot of disease has a genetic cause. But to date, we’ve been limited to treating the symptoms of so-called bad genes. We fiddle along the edges, but the core problem remains.”

The current state of the art — technologies like antisense and RNA interference — only modify the way genes are expressed. “If you have a genetic disease that can be treated using this technology, as exciting as it is, you will need to receive the therapy for the rest of your life. Those errors written in the code of life, your DNA, remain, and if you stop receiving the drug, the problems return.

“But what if we could strike at the root? What if we could, like biological software engineers, rewrite the bad code instead of temporarily patching the aftermath? All the code and data are written in long protein strands.

“Permanently fixing bad code on those strands might cure a person for life,” says Ray.

Ray pointed to a recent paper in The New England Journal of Medicine. “The idea,” he says, “is to use gene editing to cure HIV.”

How does it work? “We’ve discovered a tiny percentage of the population out there that isn’t susceptible to HIV. Their immune systems’ T cells are, for lack of a better word, immune to infection.

“HIV uses a couple of gateways to get into T cells, and one of these gateways is coded by a gene called CCR5. Individuals that have a specific CCR5 mutation have a different ‘lock’ on the surfaces of their T cells that HIV can’t open. HIV’s ‘key’ is shaped to fit the more common variety of lock. It can’t fit the mutated version.”

A few years ago, a leukemia patient who was also infected with HIV got a bone marrow transplant. The transplant cured the disease. Turns out the marrow donor had that CCR5 mutation.

Ray says you can think of them as “a variety of different Lego blocks. They can combine into any shape or sequence in order to correspond to whatever gene we want to change. The constructs are highly specific and work only on the desired genetic sequence.”

So far so good with HIV patients: Their HIV counts are falling, even without the use of the most common HIV drug cocktail.

“If we can go in and edit genes,” Ray sums up the long term, “it means we can cure genetic diseases that we inherit from our parents.” And the profit potential, he says, begins now.

P.S. Readers of today’s issue of The 5 Min. Forecast received a unique invitation to access all of Ray’s recommendations in his Breakthrough Technology Alert newsletter. To learn how you can gain access to this elite list of readers, click here, right now.