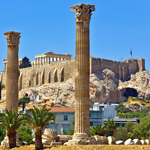 From Worst to First

I like to tell people that Greece’s stock market was one of the world’s best performers in 2012. It surprises them, like a squirt of water in the ear. It goes against the unexamined idea — held by so many — that you have to have a “good” economy to do well in the stocks of that economy. Yet every year, the markets of the world prove that naïve assumption false. We can use this bias to ferret out the possible best performers of 2013.

First, here is a list of the best-performing markets of 2012. You’ll see, in addition to Greece, there were lots of “bad” economies on the list — Venezuela, Egypt and Pakistan in particular stand out.

This is not to say that you should invest in lousy economies. It simply shows that “the economy” and “the stock market” can do very different things. Most people spend far too much time getting lost in the abstractions of macroeconomics — such as GDP — when there are better and simpler methods for gauging investment appeal.

The best method of all may be “price paid for value received.” Greek stocks, for example, simply got ridiculously cheap. Even now, Greece is among the cheapest stock markets in the world. On a trailing price-earnings ratio, the market trades for just 10 times last year’s very depressed earnings. But on a cyclically adjusted basis — that is, looking at a 10-year average earnings rate — the market trades for less than 3 times earnings.

As an aside, one of the cheapest big markets in the world right now is Russia. The trailing price-earnings ratio of that market is just under 6. The lazy man’s way to play Russia is to buy the ETF that trades under the ticker “RSX.”

As a further aside, note the outstanding performance of the Thai stock market. I visited Thailand in October 2011. When I came back, the story I was most excited about was the one that led off my November 2011 issue of Mayer’s Special Situations, “My Meeting with the Warren Buffett of Thailand.” I urged my subscribers to invest in Doug Barnett’s Thai Focused Equity Fund. It was not a light commitment. The minimum investment was (and is) $100,000. But those subscribers who took me up on it should be very happy today. Doug’s fund returned 45% in 2012. The overall Thai market rose 36% last year.

So in that spirit, here are the worst-performing markets in the world of 2012:

Of these, Bangladesh is interesting. My friends at Leopard Capital — a band of value-seeking globe-trotters with funds in Haiti and Cambodia — are high on Bangladesh. The economy is growing rapidly. There are 160 million people in Bangladesh and about 90 million are under the age of 25.

In Leopard’s view, Bangladesh has what it takes to be in the front rank of high-growth economies for years to come. Yes, low labor costs are part of it. But Bangladesh also enjoys the lowest gas prices in Asia — a 50% discount to peers — thanks to huge natural gas reserves. It also enjoys a strategic location tucked between China and India. It has easy access to the heavy traffic of the Indian Ocean’s maritime trade.

Its people have rising levels of disposable income and high literacy rates among the working-age population. The country is also undergoing the kind of rapid migration to the cities that we saw in China and India as those economies took off. By the U.N.’s forecast, Dhaka will be the world’s fifth largest city by 2019. There is no easy way to play Bangladesh that I know of, but I will keep my eyes open.

Chile is another intriguing case, weakened in 2012 by its ties to commodities and copper, in particular. Last year, I visited Chile and spent some time exploring Santiago, but mostly Antofagasta and points north in the Atacama Desert, where most of the mining takes place. The biggest copper mine in the world, Escondida, is in Chile. I toured this mine, courtesy of Foraco (FAR:tsx), whose rigs work on the sprawling site.

While Chile is a commodity-driven story, it is not only a resource-driven story. One of the other things I did while in Chile was visit wineries. Vina Concha y Toro is the largest winemaker in the country, and the stock trades on the NYSE under the ticker VCO. It is a top-quality company that never seems to get really cheap, but today is 16% off its high and trading for reasonable multiples, given the quality of the business.

In any event, this exercise — which I undertake every year — proves out a number of other useful ideas. Chief among them is that “bad” economies do not always mean “bad” stock markets, and that the worst performing markets often rebound to find a place among the best performing markets the following year.