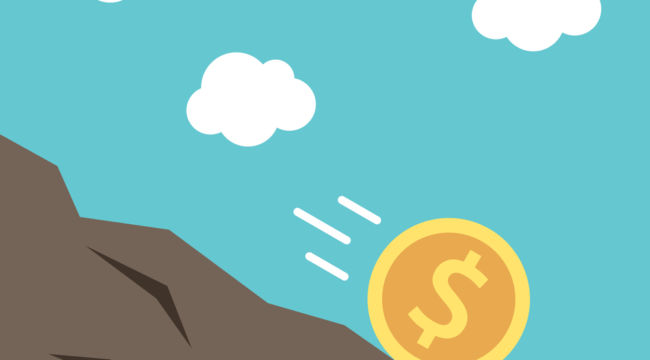 From a Correction to a Crash?

Yesterday the Dow Jones was savaged with its single greatest point loss ever (yet not its largest percentage loss, in fairness).

Today it shed another 357 points, despite a late afternoon counterattack.

It has now heaved up 3,500 points on the week. It is the index’s ghastliest week since the nightmare depths of the financial crisis.

The “correction” presses on nonetheless… running a red pencil across the market’s errors of the past several months.

What if it keeps on drawing… and proceeds to correct all the errors of the past several years?

That is, what if it corrects into an authentic crash?

And which asset will let you know if it does?

None of the above is the answer. Then what is?

But first, the chairman of the Federal Reserve has emerged at last…

There he was this afternoon, girding for action, Napoleon readying to mount his steed:

The fundamentals of the U.S. economy remain strong. However, the coronavirus poses evolving risks to economic activity. The Federal Reserve is closely monitoring developments and their implications for the economic outlook. We will use our tools and act as appropriate to support the economy.

But what is appropriate?

Mr. Powell does not say. But it doubtlessly includes rate cuts. More false fireworks, that is.

They further project as many as three rate cuts by year’s end.

And so the Federal Reserve will likely squander much of its remaining “dry powder.”

Little remains as is. Come the inevitable recession none will remain.

But to return to today’s central questions:

Are markets careening from correction… to crash? And how will you know?

A Seeking Alpha scarehead seized our attention this morning, bearing this title:

Beneath it appeared an article. A fellow named Michael Gayed, an analyst, was its author. From whom:

I think the speed and viciousness of the decline lends itself to the possibility that this more than a “correction” of 10% or more in the S&P 500. We may very well be in a crash.

To me, this increasingly looks like we are in a crash. First, we need to define what a crash is though… A crash to me isn’t about percentage (20% as often cited in the media).

A crash isn’t about percentage? What is a crash about then?

Instead, it’s about time…

I don’t define a stock market crash by a set percentage. To me, it’s more about how far back in time you go. The 1987 crash took stocks back to levels not seen in the prior 10 months. Similar in the Summer Crash of 2011. So a crash [today] almost wipes out 2019’s gains…

If… this is more about time than percentage, then this is NOT a crash yet. Stocks have retraced us back to levels last seen in November in just one week.

But it’s possible the decline takes us back to prior crash period time reversals — back 9-10 months. That would take the Dow down by another 2,000 points from here.

Bottom line here? Yes it looks like a correction, but a correction becomes a crash if it happens too quickly. The major concern here is that the other indicators I track… are only just now turning negative. That makes me nervous that this may get uglier.

Which asset will alert you to the transition, in Mr. Gayed’s telling?

Again, it is not bonds. It is not gold. It is not cryptocurrencies. Or soybeans. Or pork bellies.

The answer is… lumber. Yes, lumber:

What would truly confirm that this may be a crash is a sudden breakdown in lumber… lumber weakness has historically preceded big declines in the stock market, such as the 1987 Crash, Long-term Capital Management, the tech wreck, Lehman, and the summer crash of 2011.

Lumber is highly sensitive to housing in the United States, and is, therefore, a reliable indicator of economic performance…

But it is not lumber in isolation. Lumber’s ratio to gold is the telltale:

Gold is a traditional, safe-haven asset, used by investors in times of uncertainty. Thus, when the gold/lumber ratio is high, it is a leading indicator that the economy is slowing down, or even contracting, and the market is becoming more risk-off…

When looking at lumber relative to gold, the ratio is only just now looking like it may turn south.

We will therefore maintain close vigil over this lumber-to-gold ratio.

Should it “turn south”… perhaps it will drag the market down to the toastier climates.