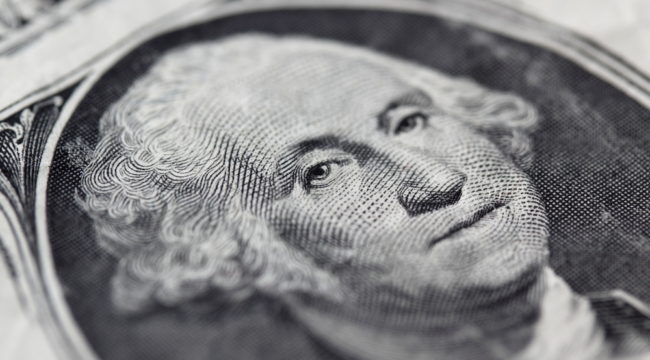 How Free Money Leaves Everyone Poorer

BALTIMORE – A dear reader reminded us of the comment, supposedly made by Groucho Marx: “A free lunch? You can’t afford a free lunch.”

He was responding to yesterday’s Diary about the national referendum in Switzerland on Saturday. Voters will decide whether to give all Swiss residents a free lunch – a guaranteed annual income of about $30,000 a year.

The problem with a guaranteed income (you get it no matter whether you have a job or not) is something we’ve been writing about for the last 15 years.

It is the problem with all frauds… all cockamamie, jackass redistribution programs… and all something-for-nothing schemes.

And it is the same whether you are “stimulating” an economy with artificial, phony-baloney “money”… giving aid to foreign dictators… or handing out free lunches to voters at home.

The Deep State, in addition to being malignant and entertaining, is incompetent.

It fights wars just to lose them. It solves problems and makes them worse. Led by the Yellen Fed, it “improves” the economy and leaves 9 out of 10 people poorer than they were before.

Today, we turn to a special war – the War on Poverty.

Jesus dismissed it. “The poor you will always have with you,” he said. But that didn’t stop the feds from launching an attack.

Fortunately, they are so clumsy, lame, and incompetent, they spare us a worse disaster. Had they been smarter and better organized, they would have done even more damage.

President Lyndon Johnson launched his War on Poverty more than a half-century ago.

Since then, the feds have spent more than $16 trillion on anti-poverty campaigns. There are today as many poor people in the U.S. as there were then – about 39 million.

Already, we applaud the feds: They didn’t make it worse!

And they could have. They’ve spent $16 trillion. That’s about $1.7 million for each poor family of four… enough to wipe out poverty for the whole clan.

But now, the “good government” conservatives have their calculators out. They say the war could be fought much more efficiently by simply handing each poor family a million bucks. Problem solved! The “poor” would be overnight millionaires. Mission accomplished!

And think of the economic stimulus it would bring!

Especially to certain segments of the economy. All of a sudden, a tidal wave of buying power would hit the markets like a U.S Navy cruiser plowing into a dockside brothel.

Cocaine prices would soar! As for black Escalades with tinted windows… GM wouldn’t be able to turn them out fast enough.

For a few months, the poverty problem would be solved… and replaced by plenty of other problems.

Then, the poor would go back to being poor, and the poverty fighters could pick up their weapons again.

The Devil and Idle Hands

Free money is a blind menace: It ruins the rich and the poor alike.

And the more money you apply to the task… the more people you can ruin.

That’s why children of rich parents are often more corroded than those of the poor; the rich have more money to spend on them.

In Aspen, Colorado, for example – an enclave of wealth – levels of depression and drug use among adolescents are higher than in poor communities.

Taking money for nothing is an easy habit to get into… and a hard habit to break.

Poor people – in U.S. inner cities and African countries – have few defenses; even a little handout gives a strong rush. Soon, they are hooked.

Local industries disappear; they can’t compete with free goods and services. Bad habits proliferate; crime and violence rise, as the devil and idle hands find each other.

As we hinted in our review of the graduation ceremony at the University of Vermont, it’s not caring that causes people to make economic progress. It’s need.

And it’s not the abundance of capital that causes people to want to add more of it; it’s the scarcity of it. Take away the need… and you undermine the whole thing. People even stop caring.

One of the key innovations that built modern civilization was money.

It made possible to move wealth through space and time.

Money rolled. You could do business with someone you didn’t know – from a different tribe… a different language… and a different culture.

You didn’t care what he thought or what gods he worshipped. His money was as good as anyone else’s.

This is what allowed people to specialize at doing what they did best. They didn’t have to do everything themselves. They could focus on their most productive enterprise and then trade part of the output with others.

If they lived in a warm place, they could grow bananas or oranges and trade with people farther north for wheat and other grains.

Goods and services began to move around (often with invading armies) carrying with them new ideas and innovations that helped everyone move ahead.

It is no surprise that tribes that have been cut off on remote islands or in isolated valleys are usually more primitive than the rest of us. They haven’t had the advantage of contact, trade, and exchange.

Money permitted wealth to transcend time, too. You build something. You sell it. You hold the money in your purse. Ten years later, you can still spend the wealth you created a decade earlier.

Or, borrowing money, you could use someone else’s money – based on wealth created long ago – to create future wealth… with which you could pay him back and still have something left over for yourself.

Money didn’t come from nothing; it came from something. It had to be honest money, not fraudulent money created by central banks or central governments.

And it couldn’t be stolen.

Instead, it had to be earned – from work, investment, trade, commerce, and industry. It was the product… the fruit… of effort. Not of idleness. And it brought with it a whole new spirit, a new ethic, and a new philosophy about how the world worked.

“Do unto others as you would have them do unto you” was how Jesus put it in the Sermon on the Mount. And woe to the chiselers: “Every branch in me that beareth not fruit… he taketh away.”

If you are going to get, in other words, you’ll have to give. Remove the need to give as well as to take, and you muck up the whole thing.

No need to plant if you don’t have to reap. No need to say “please” and “thank you”… or to get up and warm your oven at 4 a.m… if you get a check even without baking a single loaf.

And no need to save your money and invest it wisely if you have access to pseudo-savings in unlimited quantity.

Free money creates the illusion of wealth – in a family or an economy – and leaves everyone poorer.