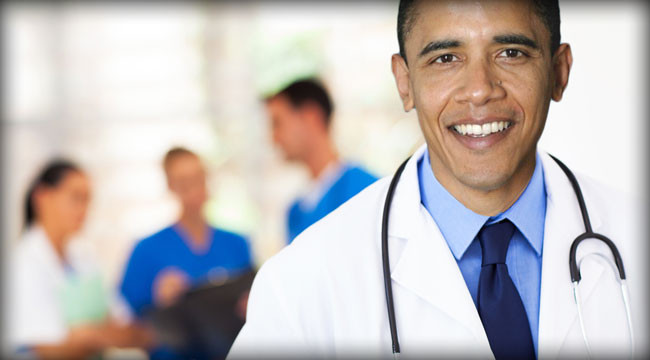 Lately, many have characterized this administration as socialist, or having strong socialist leanings. I differ with this characterization. This is not to say Mr. Obama believes in free markets by any means. On the contrary, he has done and said much that demonstrates his fundamental misunderstanding of and hostility toward the truly free market. But a closer, honest examination of his policies and actions in office reveals that, much like the previous administration, he is very much a corporatist. This in many ways can be more insidious and worse than being an outright socialist.

Socialism is a system where the government directly owns and manages businesses. Corporatism is a system where businesses are nominally in private hands, but are in fact controlled by the government. In a corporatist state, government officials often act in collusion with their favored business interests to design policies that give those interests a monopoly position, to the detriment of both competitors and consumers.

Government is the problem; it cannot be the solution.

A careful examination of the policies pursued by the Obama administration and his allies in Congress shows that their agenda is corporatist. For example, the health care bill does not establish a Canadian-style government-run single-payer health care system. Instead, it relies on mandates forcing every American to purchase private health insurance or pay a fine. It also includes subsidies for low-income Americans and government-run health care “exchanges.”

Contrary to the claims of the proponents of the health care bill, large insurance and pharmaceutical companies were enthusiastic supporters of many provisions of this legislation because they knew in the end their bottom lines would be enriched by Obamacare.

To call the president a corporatist is not to soft-pedal criticism of his administration. It is merely a more accurate description of the president’s agenda.

When he is a called a socialist, the president and his defenders can easily deflect that charge by pointing out that the historical meaning of socialism is government ownership of industry; under the president’s policies, industry remains in nominally private hands. Using the more accurate term — corporatism — forces the president to defend his policies that increase government control of private industries and expand de facto subsidies to big businesses. This also promotes the understanding that though the current system may not be pure socialism, neither is it free market since government controls the private sector through taxes, regulations and subsidies, and has done so for decades.

Using precise terms can prevent future statists from successfully blaming the inevitable failure of their programs on the remnants of the free market that are still allowed to exist. We must not allow the disastrous results of corporatism to be ascribed incorrectly to free market capitalism or used as a justification for more government expansion. Most importantly, we must learn what freedom really is and educate others on how infringements on our economic liberties caused our economic woes in the first place.

Government is the problem; it cannot be the solution.

The fundamental problem with health care costs in America is that the doctor-patient relationship has been profoundly altered by third-party interference. Third parties, either government agencies themselves or nominally private insurance companies virtually forced upon us by government policies, have not only destroyed doctor-patient confidentiality. They also inescapably drive up costs because basic market disciplines — supply and demand, price sensitivity and profit signals — are destroyed.

Obamacare, via its insurance mandate, is more of the same misdiagnosis.

Gabriel Vidal, chief operating officer of a U.S. hospital system, sees this problem squarely in his daily work. As he explains, Obamacare will only make matters worse because it fails to recognize that “costs are out of control because they do not reflect prices created by the voluntary exchange between patients and providers… like every well-functioning industry.”

Instead, “health costs reflect the distortions that government regulators have introduced through reimbursement mechanisms created by command-and-control bureaucracies at federal and state levels,” he continues. “But it is theoretically and practically impossible for a bureaucrat — no matter how accurate the cost data, how well-intentioned and how sophisticated his computer program — to come up with the correct and just price. The (doctor-patient) relationship… has been corrupted by the intrusion of government and its intermediaries (HMOs, for example) to such an extent that we can no longer speak of a relationship that can produce meaningful pricing information.”

The problem is acute and worsening. Obamacare’s third-party insurance mandate is only the first step toward what the political left really wants: a single-payer government health care system.

Meanwhile, conservatives seem resigned to a third-party insurance system and therefore fail to present a viable alternative to the American people. They continue to speak in terms of saving the health care “system,” when in fact what America needs is a rejection of all government systems in favor of free market mechanisms.

In a free market, most Americans would pay cash for basic services and maintain inexpensive high-deductible insurance for catastrophic injury or illnesses only. Health insurance would be decoupled from employment, which would unleash entrepreneurs who now fear quitting their jobs and losing their health insurance. Costs would plummet due to real competition among doctors, price sensitivity among patients and elimination of enormous paperwork costs. Doctors would be happier, spending their time treating patients, rather than managing their practices.

We need a system in America where patients pay cash for basic services, and carry insurance only for serious illnesses and accidents.

Congress needs to let markets work by aggressively repealing health care laws, including: the HMO Act of 1973, the Medicare Part D prescription drug benefit passed in 2003 and the Obamacare bill passed in 2010. Furthermore, we must begin scaling back Medicare coverage altogether for younger generations so they will not rely on a system that cannot remain solvent in future decades. Only by taking these steps now can we begin to undo the harm done by government to the once noble field of medicine.

Instead of mandating the same failed entitlement health care schemes that are bankrupting Europe, Congress should fundamentally re-examine the case for free market health care. Our current model, based on employer-provided health insurance, did not arise based on market preferences. On the contrary, it makes no sense to couple health insurance with employment. But federal wage and price controls instituted during World War II left employers with no alternative to attract workers in a tight labor market other than offering extra benefits such as health insurance and pensions. Over time, these nonwage benefits became the norm, especially since employers could deduct the cost of health insurance premiums from their income taxes, while individuals could not. The perverse consequence is that employees lose both their paychecks and their health insurance when they lose their job.

As reliance on third-party health insurance grew, patients became detached from the true costs of their doctor visits. In the 1970s, the Nixon administration, along with the late Sen. Edward Kennedy, championed the cause of health maintenance organizations (HMOs). Congress accepted the faulty premise that HMOs would reduce costs through centralized management of patients, when, in fact, the opposite was true: More bureaucracy would only lead to higher costs, less accountability and worse patient care.

In recent years, Congress has only intensified the problem with more laws and more regulations, especially with the disastrous Medicare prescription drug benefit. The drug benefit was another example of naked patronage to a politically connected industry, and it exponentially worsened the federal government’s balance sheet. Obamacare will be the last nail in the coffin of our bankrupt entitlement system.

More laws are not the answer. Instead, we need to allow a market system to operate that reflects consumer choices while rationally pricing services. In a market system, patients likely would pay cash for basic services while maintaining relatively high-deductible catastrophic insurance for serious illnesses and accidents. The cost of most routine medical care would drop if the patient paid the bill on the spot, especially if doctors no longer needed to employ large staffs solely to deal with insurance and billing.

Let me repeat: We need a system in America where patients pay cash for basic services, and carry insurance only for serious illnesses and accidents. “Health maintenance” is the responsibility of each of us individually. We cannot continue to collectivize the costs of health care and expect things to get better.

Authoritarianism is bad for your health. Congress should end the Obamacare mandate and allow market-based medicine to flourish.

[This essay is a compilation of Dr. Paul’s thoughts on the Affordable Care Act during his time in Congress.]