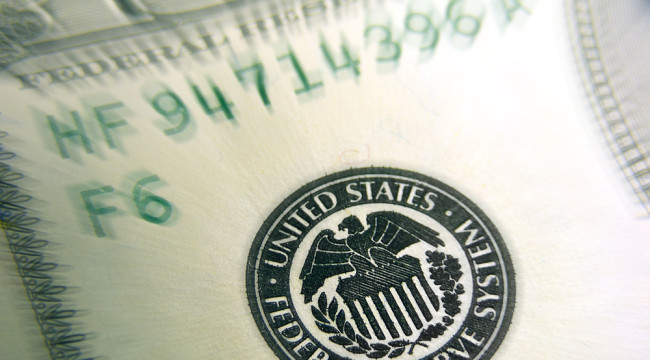 Forget the Shutdown... What's Coming Will Be Much Worse

Another decade… another government shutdown.

Well… partial shutdown might be more accurate. Despite the hand-wringing and tears of rage by pundits and pols, less than half of federal employees have actually been furloughed. The rest are obviously keeping busy finding creative ways to spend your money… just like always.

Investors keeping their eyes glued to the TV and their cursor hovering over the “sell” button probably shouldn’t worry: Stocks actually traded up during the 1995 shutdown, according to Bloomberg. Stocks were down about 4% when the shutdown of 1995 hit, but rallied more than 10% as it ended.

“For smart and savvy investors, this could be the perfect opportunity to make some money,” declared Trish Regan of Bloomberg TV on Tuesday. Analysts such as Scott Martin from United Advisors noted that good companies will still make you money, shutdown or no.

Indeed, markets don’t seem to be impressed thus far. The Dow Jones took a hit, but is still over 15,000.

Some congressmen, of course, believe we are speeding headfirst into the apocalypse. Rep. Devin Nunes (R-CA) described members of his own party as “lemmings with suicide vests. It’s kind of an insult to lemmings to call them lemmings, so they’d have to be more than just a lemming, because jumping to your death is not enough.”

The “lemmings with suicide vests” analogy might be more appropriate for the coming debt ceiling fight, but most analysts are predicting Congress will ultimately agree to raise it at the last second… just like always.

Nevertheless, investment guru Jim Rogers has some cautionary words for investors: Be careful. Rogers warns that the next cyclical recession is probably not more than three years away. When it hits, the fake prosperity being supported by the Fed will melt away quickly.

“This is the first time in recorded history that we have every major central bank in the world printing money, so the world is floating on an artificial sea of liquidity. Well, the artificial sea is going to disappear someday, and when it does, the catastrophe will be even worse. Yes, it’s coming,” Rogers said. “If I was smart enough to tell you when it’s going to happen, I would get rich.”

Rogers still believes it’s too early to sell, however. “I don’t see any reason to rush out and sell stocks now because of these artificial currents which are taking place,” he said. “I’m not buying U.S. shares at the moment, but I’m not shorting either, because I am concerned this may turn into a huge bubble. So I’m sitting and watching.”

The real problems are still in play… waiting… simmering… until the next time a crash exposes the decay within. Just like always.

P.S. If you’re not subscribing to The Daily Reckoning, you’re only getting half the story. Read the exclusive analysis reserved for our subscribers by clicking here.

With today being the first weekday the government is officially shut down, Zach Scheidt gives you a one-stop guide on everything you need to know…