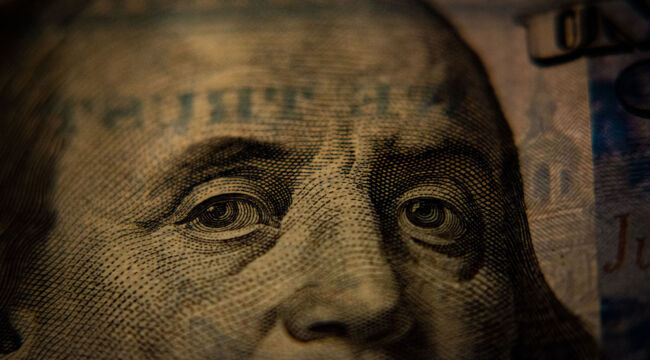 Thirteen Republican congressmen crossed the aisle late Friday night to help pass a $1.2 trillion infrastructure bill. The original proposal was $2.3 trillion, so some Republicans consider it a victory.

But it creates programs that will likely remain in place once the bill’s spending authorization expires in five years. Like Ronald Reagan said, “Nothing lasts longer than a temporary government program.”

And at 2,700 pages, you can be sure there’s plenty of wasteful pork in it. Only about one-third of that money goes toward actual infrastructure such as bridges, tunnels, roads and airports.

The rest is for vague causes like “human infrastructure,” which includes training, oversight and other government intrusion favored by the Democrats.

The other legislation is a $1.75 trillion welfare bill (this figure used to be $3.5 trillion, but it was scaled back at the insistence of moderate Senate Democrats).

Nancy Pelosi and House Democrats were holding the infrastructure bill hostage as leverage to get the Senate to agree to their priorities on the welfare bill.

This strategy backfired both because the Senate does not like to be played by the House and some Democrats would have been happy if the welfare bill failed entirely.

The House hostage strategy was like holding a gun to your head and saying, “Don’t move, or I’ll shoot.”

Senators say, “Go ahead.” This muddle is entirely procedural. But what about the actual substance of the bills?

There are expert or nonpartisan panels such as the Tax Foundation and the Congressional Budget Office that render verdicts on these issues to help members of Congress understand what they’re actually doing.

The Tax Foundation estimates that the Democrat welfare bill will destroy 103,000 jobs over the next 10 years.

Many of these job losses are due to tax increases, increased regulatory burdens and energy inefficiency introduced by the Green New Deal.

The job losses projected by the Tax Foundation are in addition to hundreds of thousands of job losses facing the economy in the short run because of vax mandates and the firing of employees who refuse to be injected with the gene-modification treatments called “vaccines.”

For example, New York City has had to close 20 FDNY fire companies because of suspensions, retirements and layoffs of firefighters who chose not to be vaccinated.

Politicians don’t care. For them, it’s vax or be fired. For the rest of us, it means more fires, unsafe streets, rats feeding on garbage and reduced medical care.

The economic cost of this is huge on top of the social costs. It’s one reason economic growth almost stalled out in the third quarter.

This means that the economy was weak all along and that government programs in response to the pandemic only papered over the weakness. Now that the programs have ended, the weakness has emerged.

This is more than a temporary blip.

No Full Recovery Until 2045

This new wave of weakness will impact stock markets, which rose based on a “reopening” meme of increasing sales and spending as the economy gets back to normal.

But there is no normal. We’re living in a new post-pandemic world and signs of sustainable growth are hard to find. The effects of the pandemic on the economy will be intergenerational.

The behavioral changes induced by the Great Depression did not fade until 30 years after the Depression was over. Such is the staying power of social trauma whether it be war, depression or pandemic.

Accordingly, we will not likely recover from this pandemic fully until 2045 or later in terms of savings, consumption, disinflation, low interest rates and low growth.

In the shorter term, the Biden administration will slow U.S. and global growth with a combination of higher taxes, more regulation and wasteful spending on programs such as the Green New Deal.

Biden administration deficit spending, such as the “infrastructure” bills, is continually claimed as stimulus.

But in fact, there is no stimulus from such spending because the U.S. debt-to-GDP ratio is now approaching 130%. There is good evidence that debt-to-GDP ratios in excess of 90% produce less growth than the amount of new debt itself.

In other words, there is no stimulus and only an increasing debt-to-GDP ratio that makes the situation worse. It’s just digging a deeper hole. At some point you have to stop digging.

The U.S. was already facing slower growth in the years ahead with or without the Biden administration’s policies because of high debt and a central bank that does not understand monetary economics.

Now that Biden’s policies are fully revealed and becoming law, it is clear that growth will be even worse than would otherwise be expected. If Biden’s trying to destroy the U.S. economy, he’s off to a very good start.

As I’ve argued before, this is all characteristic of a new great depression. A depression is not technically defined but is understood as a prolonged period of growth that is either below the long-term trend or below potential growth.

Meanwhile, inflation has hit a 30-year high. For the month of September, inflation rose at an annual rate of 4.4%, the highest since 1991. And October’s Producer Price Index came out today.

Economists debate whether this recent rise in inflation is temporary or here to stay, but in the short run it doesn’t matter. Inflation is here today and your purchasing power is going down.

It’s hopeless to expect the government to cut down on deficit spending or money printing anytime soon. It’s all they know how to do.

Unfortunately, things will probably get worse.